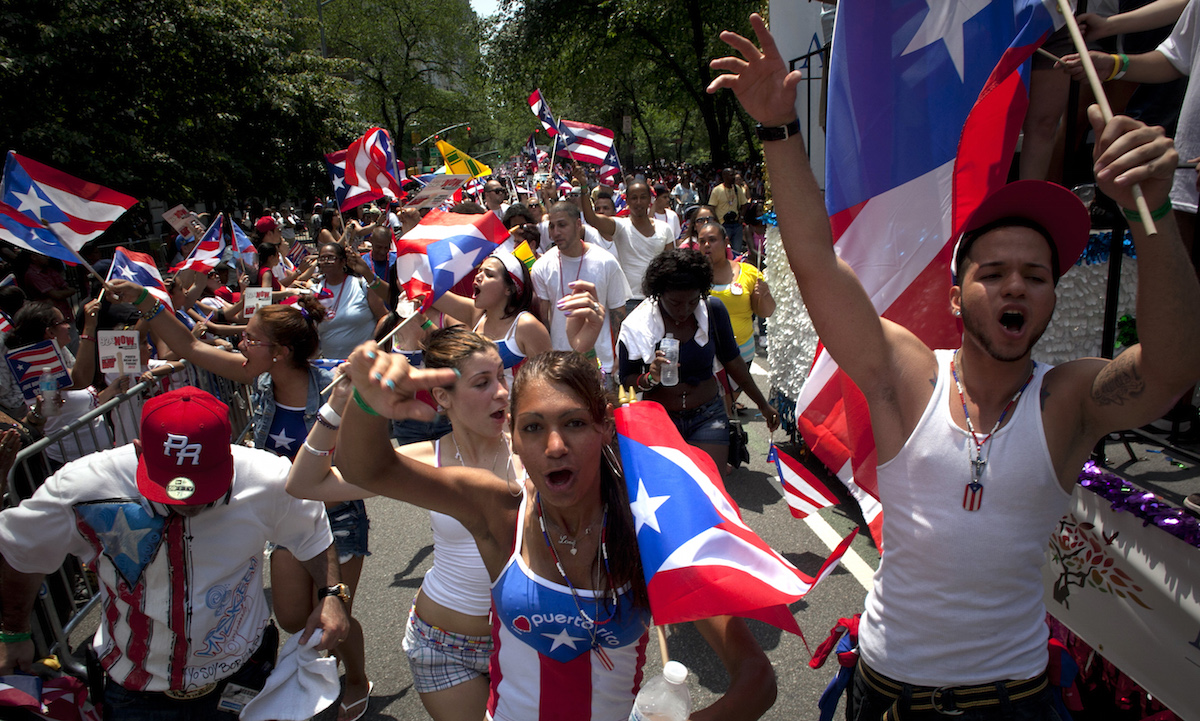 About a week after Goya Foods confirmed that it would stop sponsoring the 2017 National Puerto Rican Day Parade for what it called a “business decision” (even though initial reports said that the company would not be part of an event that would honor Oscar López Rivera), AT&T, JetBlue, Coca-Cola and the New York Yankees have now all pulled out of the June 11 parade in New York City, several outlets have reported.

On May 22, JetBlue was the first major sponsor since Goya to stop supporting the parade, when it released the following statement:

Shortly after, the Yankees also made a similar decision.

“The New York Yankees are not participating in this year’s Puerto Rican Day parade,” read the Yankees’ statement. “However, for many years, the Yankees have supported a scholarship program that recognizes students selected by the parade organizers. To best protect the interests of those students, and avoid any undue harm to them, the Yankees will continue to provide financial support for the scholarships, and will give to the students directly.”

“While we celebrate Puerto Ricans and their rich heritage, we have decided to withdraw our sponsorship of this year’s parade,” AT&T said on Tuesday.

According to Associated Press, Coca-Cola said that “representatives wouldn’t march, but it would honor the financial support to the scholarship program.”

In response to the growing list of sponsors who are no longer participating on June 11, the parade’s board of directors issued the following statement on Tuesday afternoon:

“While we are saddened and disappointed by certain sponsors pulling out of our Parade, we respect their views and decision to do so. Equally, we respect our Parade’s mission and commitment to inclusiveness, and the responsibility of representing the broadest possible blend voices that make up the Puerto Rican community.”

“While we cannot predict whether other sponsors and/or organizations might choose not to join us on Fifth Avenue this year, we expect they will do so with the same level of responsibility and professionalism as JetBlue and the Yankees,” the statement continued. “This community deserves no less. We thank the thousands of individuals, elected officials and community leaders who have expressed their support for the Parade, its 2017 honoree roster, and its commitment to raise awareness about the issues that impact Puerto Ricans across the world, even if some issues might spark a conversation.”

In early May, the parade board said that it was designating the new “National Freedom Hero” designation to López Rivera, whose sentence for seditious conspiracy was commuted by President Obama in January. Earlier this year, Latino USA dedicated an entire hour to López Rivera’s story, which centered around the violent history of the pro-independence FALN during the 1970s (responsible for setting off more than 70 bombs in American cities) and his federal case.

Since that announcement, an online petition to revoke the designation from López Rivera has made the rounds online, particularly among Puerto Ricans who favor statehood. Twitter profiles like Alerta Progresista and the pro-statehood Facebook group El Azote have been very active against the parade, calling for Puerto Ricans on the island to boycott parade sponsors. Another vocal critic has been salsa legend Willie Colón.

In a podcast with City & State this week, Rep. Nydia Velásquez (D-NY), who is Puerto Rican, suggested that politics are once again playing into the parade, which has had a history of failed boards and state investigations.

“I think people have to be careful in terms of cultural institutions that could be perceived as supporting one political spectrum against the other,” Velásquez said. “But I will be participating in the parade and I will be honoring Oscar López in my own way, but this is for the board to really come together and assess going forward the types of decision they make in terms of the people that they pick to honor. I have never seen, for many years, a controversy such as this one. And again, what it puts into play is the political divisions among Puerto Ricans over the political status.”

Bronx state senator Ruben Diaz, Sr. told the New York Post that he is placing direct blame on this controversy on the parade board, which is chaired by Lorraine Cortés-Vázquez, a senior advisor to New York City mayor Bill de Blasio.

“This mess, created by the Board of Directors of the National Puerto Rican Day Parade, has created worse divisions than Donald Trump’s election to the Presidency,” Diaz said in the Post. “The Parade leaders have refused, as I have been suggesting, to rescind the ‘National Freedom Hero’ title they have bestowed upon Oscar López Rivera, and just allow him to march as a plain Puerto Rican without any title. By continuing this IN YOUR FACE decision, the Board of Directors is showing a weird way of wanting the best for the Parade and the Puerto Rican community.”

Cortés-Vázquez has indicated to Latino USA that she would welcome the opportunity to speak about the controversy, but as of this publication, she has yet to schedule a time to talk. On Monday, NYC Council Speaker Melissa Mark-Viverito, one of the many Puerto Rican politicians from the mainland and the island who supported the campaign to free López Rivera, published a letter in support of the parade board, which was signed by 35 other elected officials:

“We commend you for recognizing that Oscar López Rivera represents the voice, tenacity and resolve of Puerto Rico and its people,” the letter began. “As countless families continue to struggle in Puerto Rico’s current fiscal crisis, Oscar is a reminder of the hope that has always anchored the Island — and that’s why we fully stand behind your efforts to honor him during this year’s 60th National Puerto Rican Day parade. Oscar’s presence will lift people’s spirits and bring attention to the challenges that must be immediately addressed on the Island.”

“You shouldn’t be telling people who their heroes should or shouldn’t be,” Williams said. As of Tuesday morning, the sponsor logos were no longer on the site, and it’s unclear how other many sponsors have dropped their support.