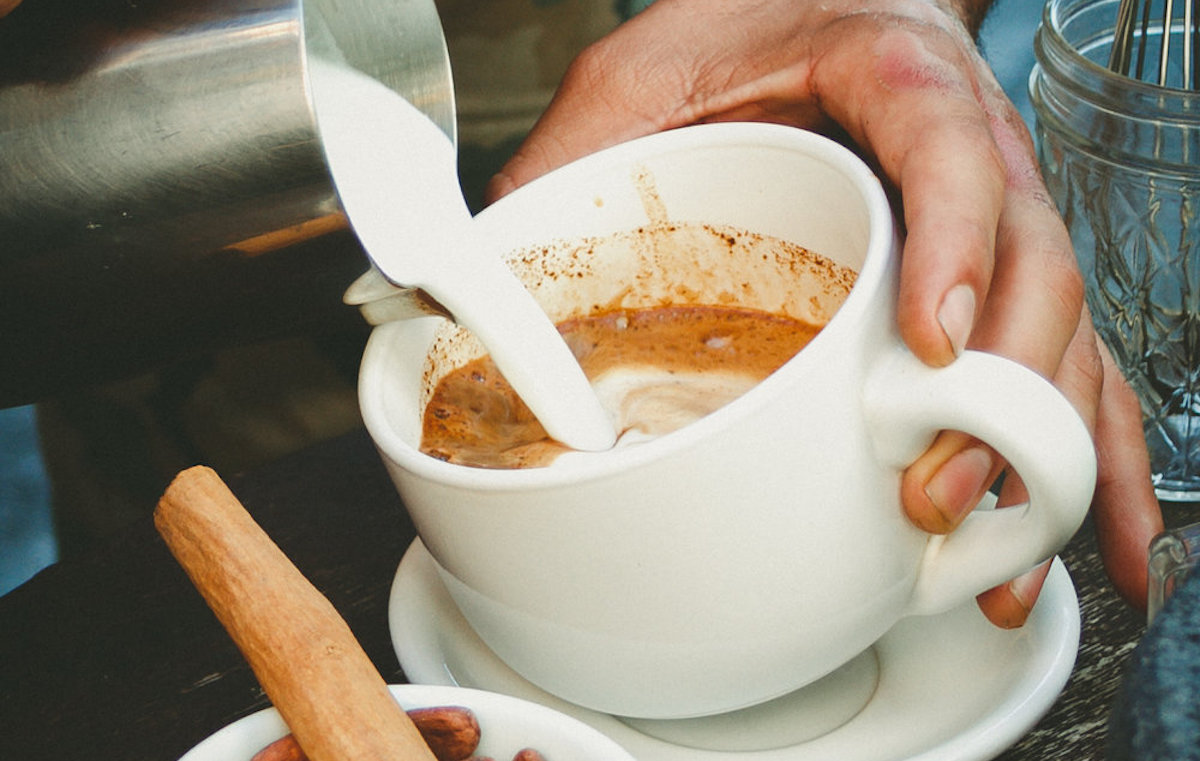 Café de olla is a drink steeped in Mexican history. During the early days of the Mexican Revolution in 1910, soldaderas, also known as adelitas, supported soldiers by cooking, cleaning and setting up camp. They prepared café de olla with cinnamon, piloncillo, cloves, coffee and chocolate roasted in a clay pot, to serve as a filling drink that would help boost the soldiers’ energy throughout the day.

The drink was said to be a favorite of Emiliano Zapata, the leading figure of the Mexican Revolution, and who would later become the namesake for the Zapatistas in Chiapas. That area is now known for both its cafetaleras and the struggle of the indigenous people for autonomy that culminated in an uprising in 1994. The movement of resistance, and the fight to preserve indigenous customs in Chiapas is still ongoing, as is the Zapatista struggle for economic stability and autonomy in Mexico.

The tradition of drinking Mexican coffee and café de olla is not only popular in Mexico, but its popularity is growing in the United States. A delicious example is the Mexican American-run coffee shop Primera Taza, in Boyle Heights, Los Angeles. It’s just blocks from Mariachi Plaza, and features Chicano art lining its clay colored walls and warm interior.

Primera Taza has been in Boyle Heights for just two years, but it has become an epicenter of the Mexican-American community and a place that welcomes local artists, political discussions and debate. The owner, Chuy Tovar, who was born in Jalisco, is committed to sourcing all of his beans from Mexico. He told Latino USA, “I got into Mexican coffee because nobody was really paying attention to it, and you would only see coffees [in the U.S.] from Oaxaca or Veracruz. So I started searching for the coffees of different regions, and I found that one-third of the states in Mexico grow coffee and have a really good history behind them.”

Tovar said that coffee came to Mexico in the 1700s by French immigrants, who brought their beans from Cuba into Veracruz, and then it spread throughout Mexico. Most of the coffee plantations were introduced to Mexico by German immigrants, most notably in Chiapas. For his own café, Tovar sources the majority of his coffee from producers in Guadalajara and in Tijuana.

His café de olla is smooth, thick, and rich with a chocolaty flavor. Tovar explained that after doing research into the history of café de olla, he began using roasted cacao in his recipe to make the drink truer to its original form and to honor the memory of the adelitas. Because café de olla uses piloncillo, or unrefined cane sugar that still has molasses in it, there are enzymes in the drink that soothe the stomach. Combined with the vitamin-rich cacao, Tovar considers café de olla a “superdrink.”

But Los Angeles isn’t the only place where you can enjoy a good cup of Mexican coffee. Akat Cafe Kalli is a Mexican American-owned coffee shop in Lake Merritt, Oakland. The cafe often sponsors art shows by local Chicano artists, readings, mercaditos and music by members of the Latino community. It’s filled with books on the Zapatistas, Chicano history, Latinx poets and art with silk-screened images of recently slain Latin American environmental activists like Berta Cáceres, Nelson García and Tomás García.

The menu at Akat Cafe Kalli represents a hybrid of cultures, like Las Adelitas (an agave honey latte) or La Comandante (a mocha with Mexican chocolate), and their café de olla is light, with a deep taste of cinnamon and piloncillo.

As for the coffee itself, owner José Rodríguez not only sources all of his beans from cooperatives in Chiapas and Oaxaca in Mexico, but he also roasts them, with his company, Sin Fronteras Coffee. He is currently raising funds to create El “Tallercito,” a coffee training community space that will offer Latino youth and recent migrants to the Bay Area jobs and training about coffee production and roasting.

“We opened up in 2013 and the [Latino] community has given us a lot and supported us. They know the value of having a business that cares about how business is done; about having a positive impact in the community, and they’re aware and want to support a business that’s owned by an indigenous woman and a Chicano man [so that it can end up] being successful,” Rodriguez told Latino USA.

With his coffee shop, Rodríguez is trying to create a space that fosters relationships and also offers fellow Latinos an opportunity towards their own economic autonomy. Both Tovar and Rodríguez have found a way to honor the traditions of their ancestors and keep the revolutionary origins of café de olla alive. Their coffee shops serve as reminders of this history and how these spaces continue to serve the community.