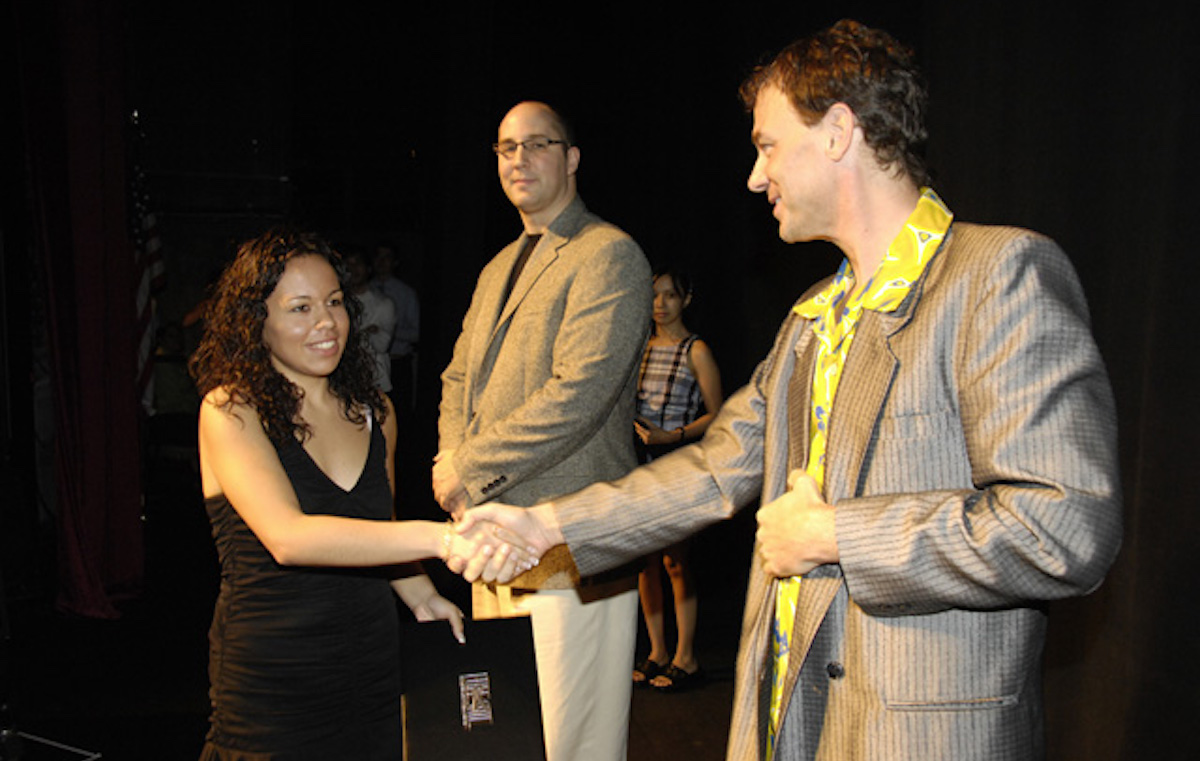 Imagine: you’re 18 years old, busy envisioning your amazing future and where you’ll be after graduation. The last thing on your mind is that you may end up drowning in debt and living at home.

That’s what happened to Alejandra Lalama.

Lalama was born in Ecuador and then moved to New Jersey with her mother and sister. When she graduated high school in 2006, she decided to pursue her dream to study audio engineering at Full Sail Real World Education in Orlando, Florida. (Today, it’s just known as Full Sail University.) Alejandra signed up for a one-year intensive program, and sat down in a financial aid office to find out about what student loan options she had. She was only offered private loans through the lending giant Sallie Mae. She cosigned with her mother, and at the time, all she knew was she would receive a check to pay for her schooling and her living expenses.

She also had only a vague idea of what interest rates meant and how she would pay everything back. Her total loan at the completion of the degree was $70,000. That’s $40,000 for the program, plus living expenses, a 4% disbursement fee and the interest that accrued while she was in school. Now, her vague idea of interest rates meant she knew there would be interest, but she was never given a number. Her paperwork included pages of fine print that detail how her interest rate is calculated. At one point, her interest rate ballooned up to 12.5%, which is more like a credit card than a student loan.

Right now, 44 million Americans collectively owe $1.4 trillion on their student loans—more than Americans owe in credit cards and auto debt. For many with student loans, it’s difficult to see a way out. Navient, who split from Sallie Mae in 2014, is currently on the receiving end of a massive lawsuit filed in January by the Consumer Financial Protection Bureau, plus two separate suits by the Attorney Generals of Washington and Illinois. “Navient settled students with expensive and risky subprime loans that are designed to fail,” said Illinois Attorney General Lisa Madigan, during a January press conference.

But it’s not the first time these loan servicers have been in the news. Sallie Mae settled allegations of questionable relationship practices between the lenders and colleges in 2007.