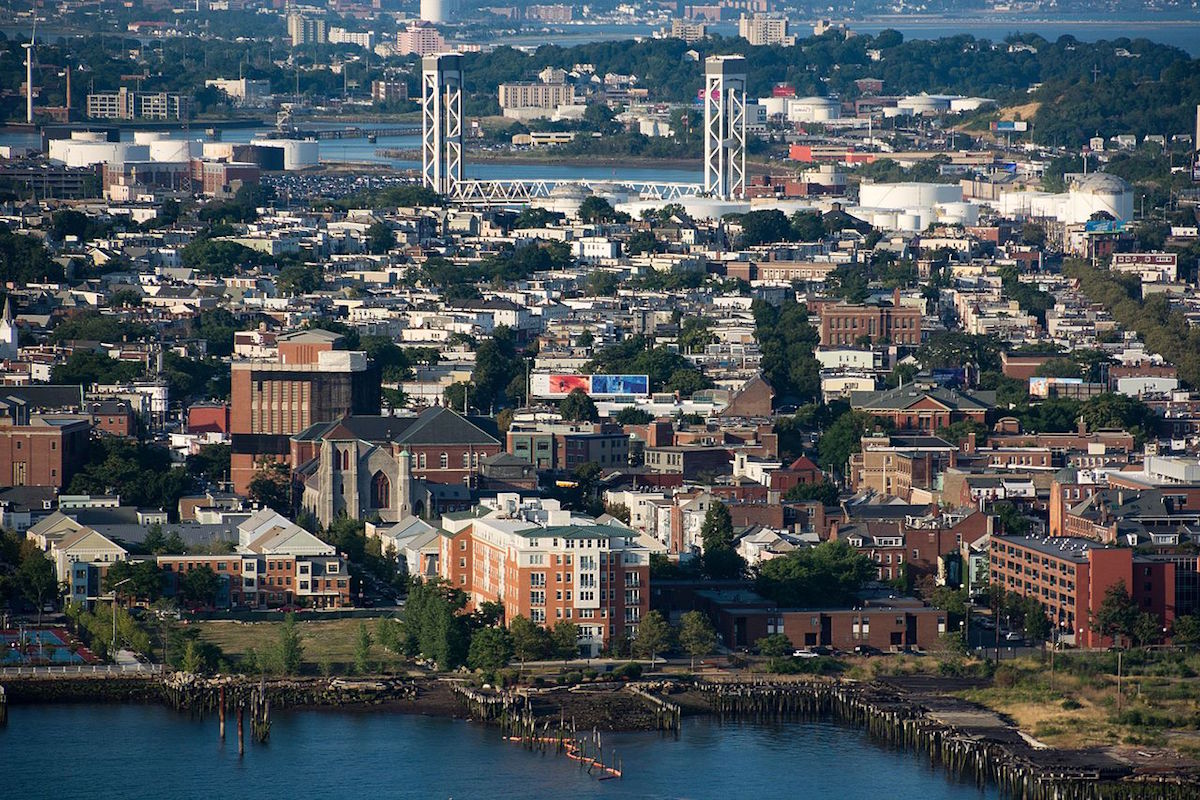 East Boston, one of Boston's many neighborhoods, has some of the city's largest concentrations of Latinos. (Photo by joswr1ght/Wikimedia Commons)

A new report released this week concluded that even though Latinos have played a major factor in Boston’s growth, the city’s Latino population has yet to crack the top tier of economic opportunities.

The report, called “Powering Greater Boston’s Economy,” acknowledged that the city’s Latino population of 130,000 (20 percent of Boston’s total population) has been a key driver for growth since 1980, noting that “the direct and indirect cumulative effect of Latinos accounted for roughly $9 billion in Gross Domestic Product” in 2014, “up significantly from 1980 when economic output associated with Boston’s much smaller Latino population was less than $1 billion.”

It also noted that “in 2015, Latinos made up 31 percent of children in Boston, despite being just 20 percent of the city’s population. Additionally, 24 percent of births in Boston are to Latina mothers. The Latino population will grow into the future, continuing to support the growth of Boston as a city.”

However, even with all the growth, the report noted that “Latino workers without a college education face real barriers to employment,” explaining that “Latinos in Boston are overrepresented in low-paid occupations such as building and grounds maintenance and food preparation. Latinos make up 33 percent of food preparation jobs, for instance, but median wages in these occupations are only $31,000 a year for full-time work. Other occupations, like those in business and finance, pay median wages of roughly $92,000 a year. But Latinos comprise only 5 percent of these occupations.”

Barriers, according to the report, include lack of access to higher education and levels of English proficiency.

“In order to grow our economy so that we all can thrive, we need to do a better job of building the talent pipeline so that the supply of workers, including those within the Latino population, have the skills necessary to meet the demands of our 21st century workforce,” the report concluded.

Here is the full report: