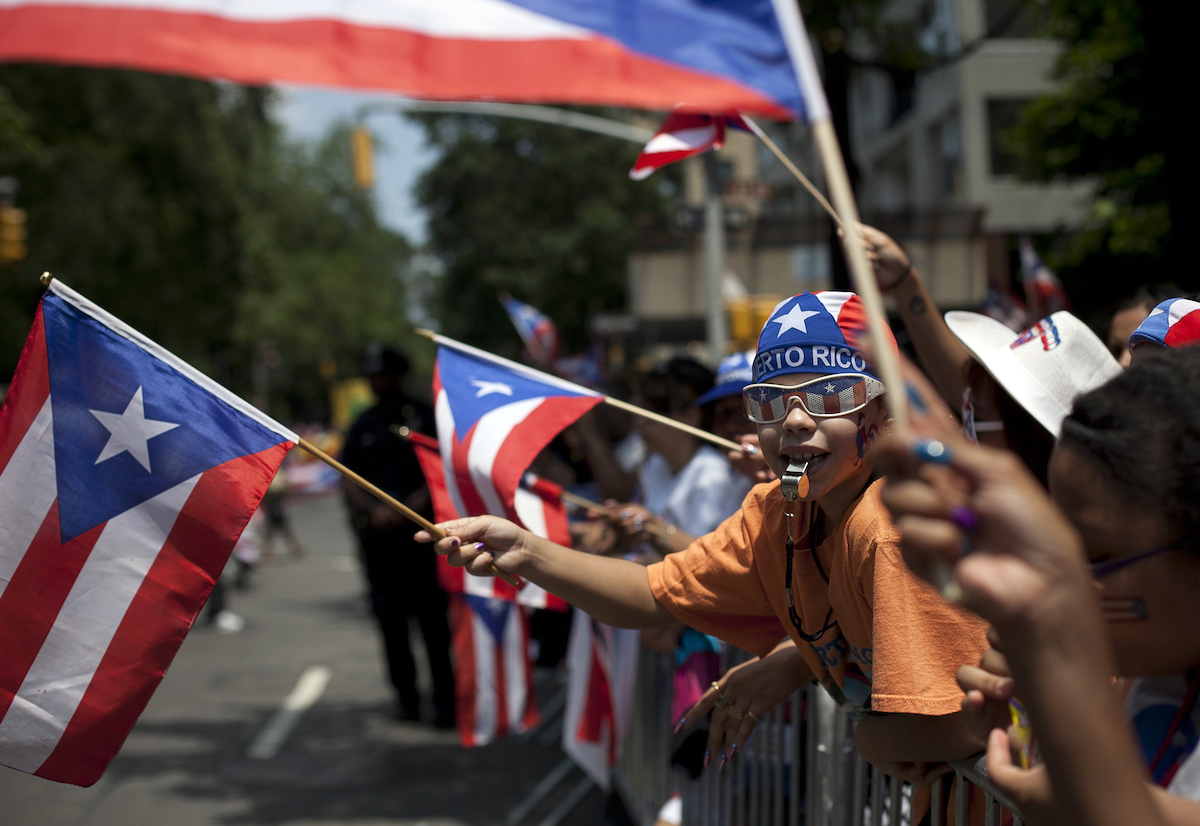 In an interview with Latino USA on Thursday afternoon, National Puerto Rican Day Parade board chair Lorraine Cortés-Vázquez reflected on the political and sponsor fallout surrounding the parade’s decision to honor Oscar López Rivera, saying that the controversy has refocused her own efforts to never lose sight of the parade’s mission—one of educating and informing the Puerto Rican community.

“I’ve been in this business for a long time, and I’ve been in the nonprofit sector for even as long,” said Cortés-Vázquez, who is also a senior advisor to New York City mayor Bill de Blasio. “And I can tell you honestly that what I do, is that I go back to mission. I cannot be distracted by all the detractors or else we would not even have a parade this year, if we were to be distracted by all the detractors.”

While the New York City press and other national outlets continue to cover the almost one-month story about why sponsors, politicians and law enforcement organizations pulled out of the June 11 parade in protest of the parade’s National Freedom Hero honor for the 74-year-old López Rivera (an award he later said he would bestow on others), Cortés-Vázquez told Latino USA that the board has seen increased grassroots interest for the parade this year and less emphasis on overt commercialization, a remnant of the parade’s previous board, which was replaced in early 2014 when the state attorney general investigated it for financial mismanagement.

“We made a commitment a while back to make this parade focus more on corporate responsibility and less on corporate merchandising, as well as to be more responsive to issues of the community. And education. And also to highlight some of the organizations,” explained Cortés-Vázquez, who joined the new board in 2014. “What this whole situation has done is reinforce that role and position. And what we have seen, something we have not seen in the past, is the larger number of contingents coming from out of state, which has been quite gratifying. The delegation from Puerto Rico has increased too. So it’s just been very responsive in a very gratifying way.”

Critics believe that the Rivera’s association with the pro-independence FALN during the 1970s (responsible for setting off more than 70 bombs in American cities) meant that the parade was honoring a terrorist on June 11. Earlier this year, López Rivera’s sentence for seditious conspiracy was commuted by President Obama. Latino USA recently dedicated an hour to reporting about López Rivera and his federal case.

Despite the fallout from the López Rivera story, Cortés-Vázquez indicated that this year’s parade has not suffered financially from the boycott, emphasizing that its popular scholarship program continues to grow.

“Have we curtailed finances? Absolutely. We would be irresponsible if we did not. Have we been as prudent as we possibly could? Absolutely. Have we been dependent on barter and things of that nature? Absolutely,” she said. “Because we have a commitment to throw the parade and to do so in a responsible manner. We’re not for profit, but we’re also not for loss. And in no way were we going to be able to compromise the scholarships in any way.”

According to Cortés-Vázquez, all but two sponsors are still involved with the parade in some capacity, citing the amount of scholarships (100) and scholarship money (a parade-record $200,000) as proof. In 2013, under the parade’s old board, just five scholarships were awarded with amounts ranging between $10,000–$20,000.

“There was never an intention to ever pull back from the scholarship program,” said Cortés-Vázquez, who specifically mentioned Time Warner as a parade supporter that did not stop sponsorship. Last week, a parade spokesperson confirmed that two board members had resigned.

As for whether or not she expects to see a large number of spectators this Sunday on Fifth Avenue —in 2016, 1.5 million people went to the parade— Cortés-Vázquez didn’t give an estimate but said that she was still hopeful.

“We never know. We never know. I can tell you that we had as many contingents. Are they the fancy corporate floats? No. They’re cultural floats. They’re floats from lots of great groups. Frankly, I think it’s going to be spectacular,” she added.

The boycott against the parade and López Rivera originated on social media in early May, although it didn’t take off until news of Goya Foods’ announcement to leave the parade around May 15 started to circulate. Once the calls to boycott sponsors gained more traction, the conservative Media Research Center (whose Latino director is Ken Oliver Mendez, a special assistant to former Puerto Rico governor Luis Fortuño) began to amplify the boycott and organize people to contact sponsors. Oliver Mendez is considered a fervent statehood supporter for Puerto Rico.

Cortés-Vázquez told Latino USA that Puerto Rico’s partisan politics had played a role in the boycott.

“The lack of information and this divide cannot continue. Puerto Rico is in a crisis, and what we need is solidarity and unity, but we also need to be informed,” she said. “And right now, what I’m seeing is this partisanship that is devastating and not really thinking about the country as a whole and its future. It’s really more playing out in terms of partisanship, no different that what’s playing out in this country [the United States]. That pains me.”