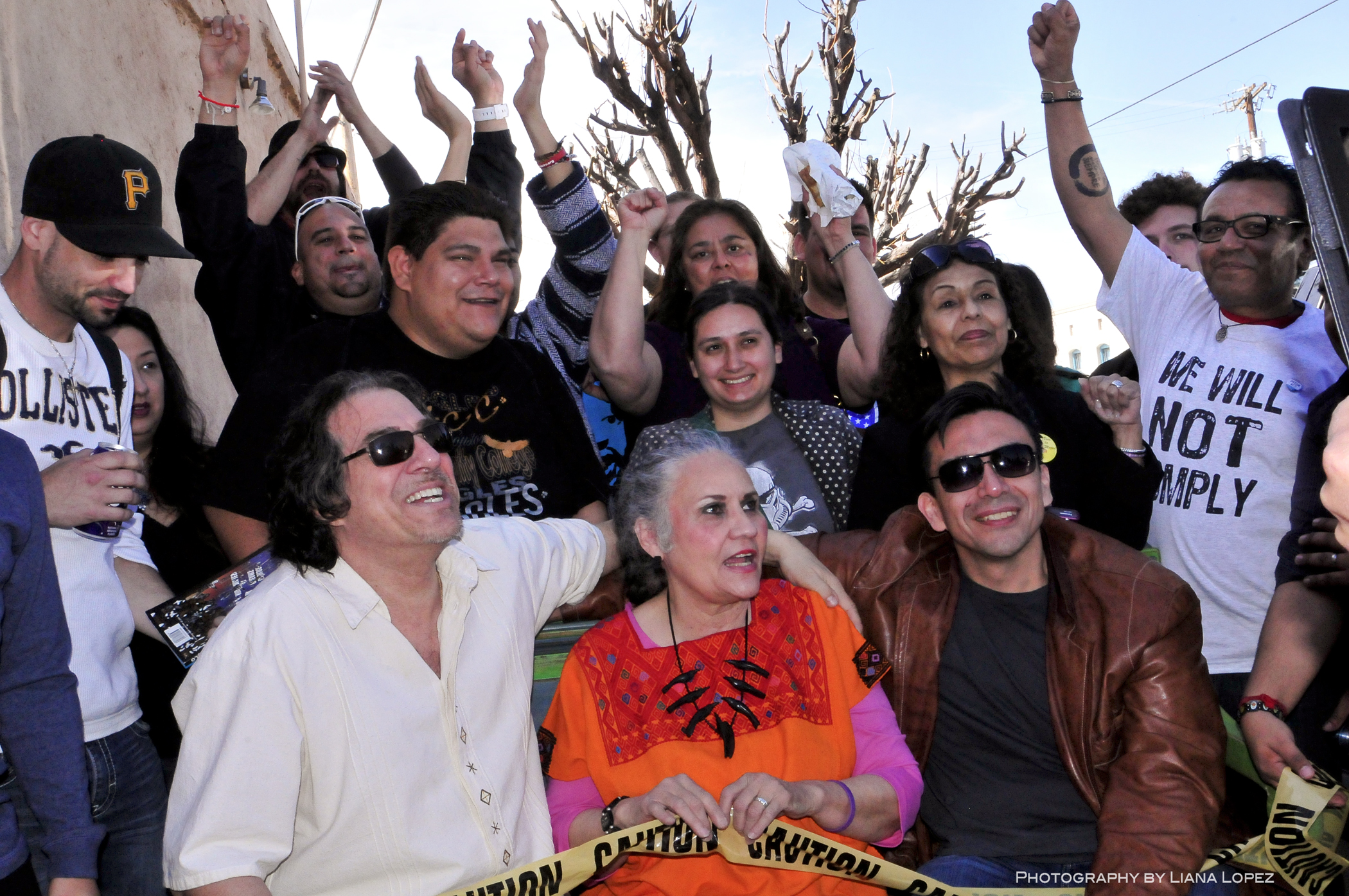 If you’re feeling déjà vu, that’s because this is the second time the Arizona Supreme Court will hear the case. In 2015, the case went before by the 9th Circuit of Appeals in San Francisco.

I was in the court room, but you can listen the oral arguments yourself.

It was powerful to hear a federal judge tell the lawyer for Arizona that if a course is proven to help a particular group of students do better in school, yet a school district outlaws the course, that sounds like discrimination.

The judges also asked Arizona counsel, “Suppose you had a class in Chinese Language, one that helps Chinese students, would that be illegal in Arizona?”

The lawyer for Arizona answered, “Yes.”

Later, the lawyer for Arizona was pushed to stammering trying to explain how classes can be taught about a group of folks without focusing on one group in order to comply with the law. She failed.

You can imagine how hard it must be to teach or learn with this law hanging over your head, but if Arizona has its way, details like that won’t matter.

Arizona’s opening arguments revolved around the idea that “student achievement is irrelevant.” This strategy was intended to prevent admitting into the evidence the research that proves that the Mexican-American Studies (MAS) courses increased student performance in not only the MAS classes, but in other classes across the board. It also increased the graduation rate at Tucson Unified School District.

There is one major difference this time around. That research will be admitted.

I’ve interviewed Dr. Nolan Cabrera on The Nuestra Palabra radio show, and it is safe to say that he and his colleagues made sure they used the most advanced research methods possible because they knew that Arizona would try to shoot holes in their research. I don’t see how they can.

That leads us to the possible outcome of the court case.

There is no logical way that that this law can be upheld, especially in light of the new research.

Of course, Arizona may be ready to appeal anyway which would take this case back to the 9th Circuit-which already said the case reeked of discrimination. By the way, that’s the same court that over turned the Muslim ban. They’ll overturn this un-American, discriminatory law.

Again, Arizona may be ready to appeal that, too.

But with the new research admitted as evidence, I don’t see why the Supreme Court could even choose to hear this case-which would then leave the 9th’s ruling stand.

Of course, I hate to count my chickens before they’re hatched because I never use clichés.

And there does remain one burning question.

This law was created to target Chicanos, the Mexican-American community and Latinos. In order for this law to stand, Arizona would have to codify the policy that student achievement does not matter. It would have to codify suppression of Freedom of Speech and Intellectual Freedom. The questions then becomes, “Does Arizona hate our community enough to burn down the entire house to spite us? Would Arizona sabotage all of education just to punish us?”

I’m afraid we will have to wait and see. But we are not afraid to keep you apprised as we join the strong and brave gente of Tucson and the 2017 Librotraficante Caravan travels the 1,000 miles from Houston across the Southwest to restock our Under Ground Libraries with the powerful titles from the outlawed curriculum. Those works include such as classics as House On Mango Street by Sandra Cisneros; the poetry collection Curandera by Carmen Tafolla; Bless Me, Última by Rudolfo Anaya, and Woodcuts of Women by Dagoberto Gilb, and others.