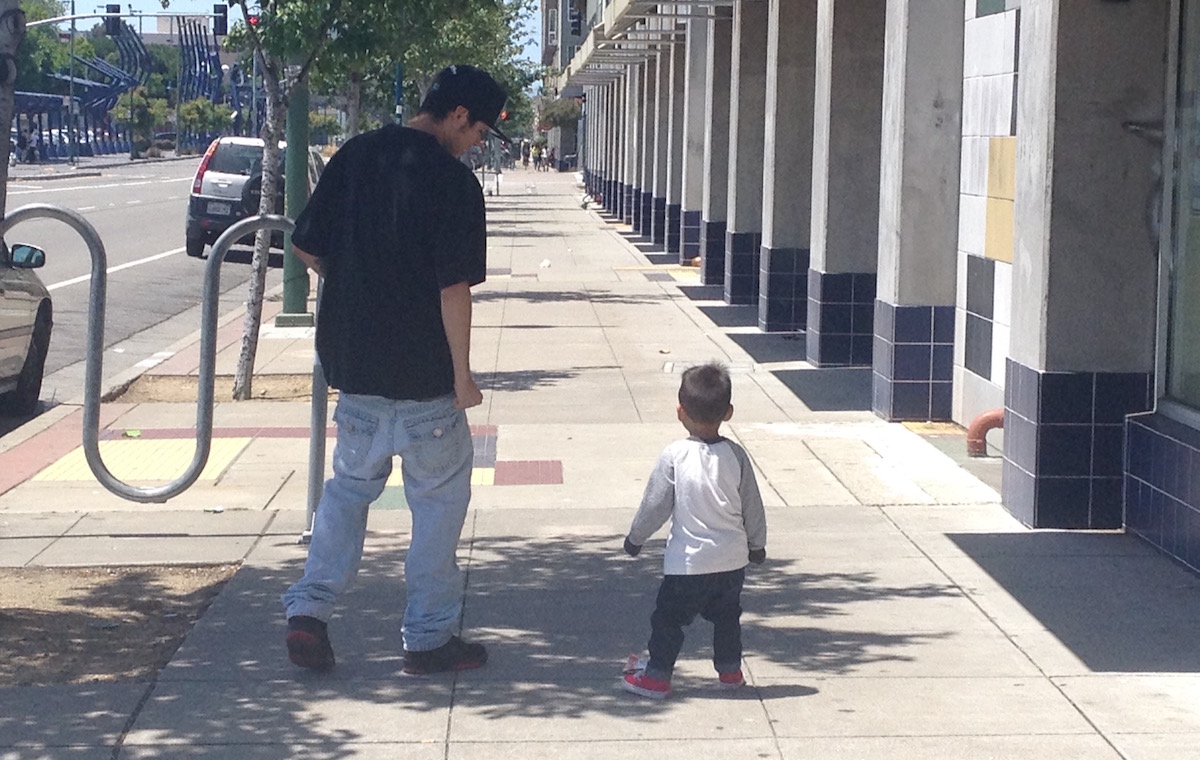 When “A” was 19, he met his girlfriend. She had a nine-month old son, and that didn’t stop him from wanting to be with her. In fact, it drew him closer.

Teen pregnancy is often talked about as crisis—the quickest way to “ruin” a young person’s life. But for “A,” meeting his girlfriend and her son was one of the best things that ever happened to him.

It motivated him away to step away from the gang life he’d been a part of, by providing a very different kind of family then the one he was used to. He got a full-time job and helped take care of his girlfriend’s son while she finished high school.

Thank you to the Felton Institute in San Francisco for connecting us to this story. Latino USA is withholding his full name (“A”) out of safety from gang violence.

Featured image: “A” and his girlfriend’s son, Luis. (Marissa Ortega-Welch)