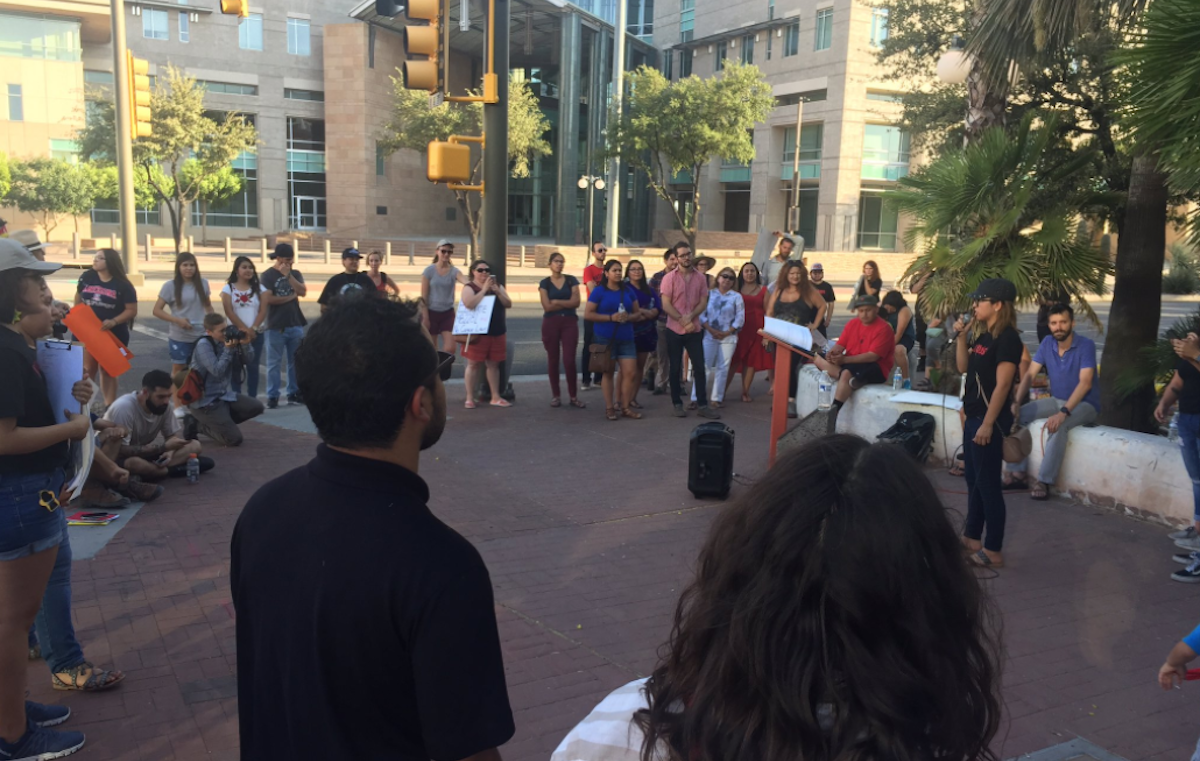 Rally for Mexican American Studies outside of Arizona U.S. Courthouse. (Twitter via @ClaudialMacias)

TUCSON—Six years since Mexican American Studies classes in Tucson were shut down, the debate about their future made it to federal court Monday morning.

The program at the Tucson Unified School District was shut down in 2011 after a judge ruled it violated a state law written in 2010 that says no class “shall promote the overthrow of the United States government” or “promote resentment toward a race.”

Supporters of the Mexican American Studies classes denied those claims and a group of TUSD teachers and students took the issue to court saying the law was unconstitutional.

“In opening statements at the trial, plaintiffs’ attorneys argued Tom Horne, a former state schools chief who was later elected state attorney general in 2010, and John Huppenthal, a former state senator who was instrumental in crafting the law and succeeded Horne as superintendent, used the issue for political gain and wrongfully targeted a successful cultural program that boosted Latino students’ achievement. Both politicians had specifically taken issue with the TUSD program and have been vocal about their concerns,” according to The Arizona Daily Star.

“Acosta told the court that he wanted to include material that reflected students’ or their families’ lives so they could be more engaged. When students are more engaged, they perform better in school and results were showing that,” The Arizona Daily Star wrote.

The first portion of the trial is expected to continue throughout the week and pick up in mid-July.