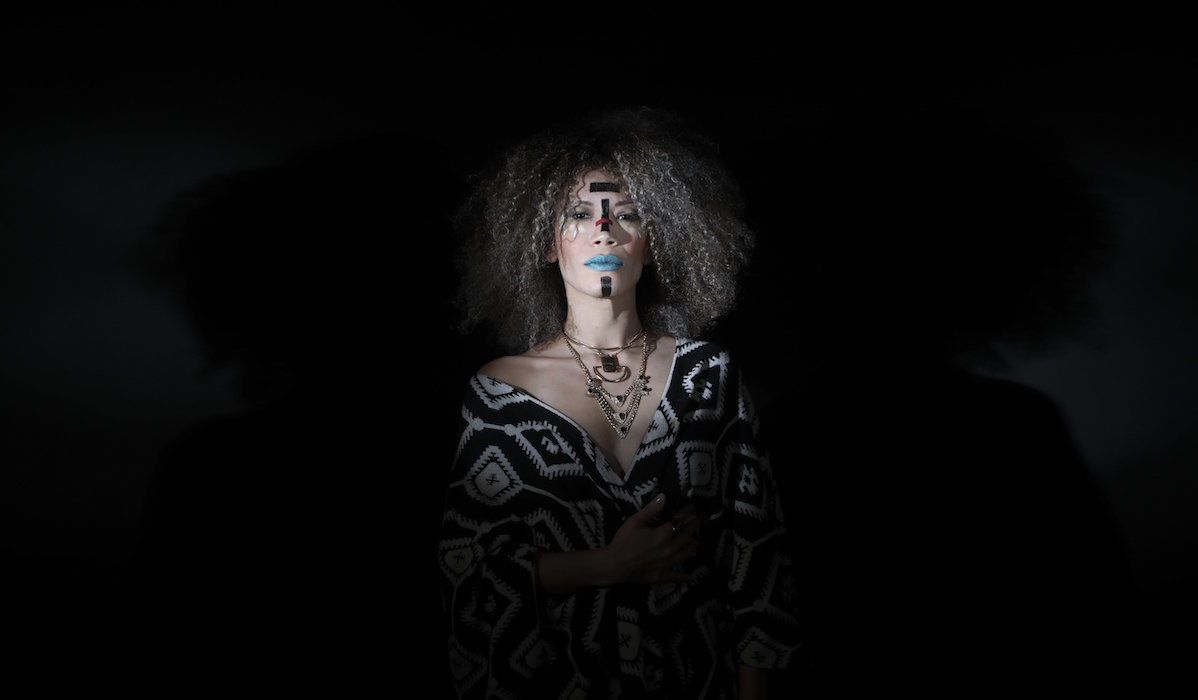 Carolina Camacho is a Dominican singer-songwriter fusing folkloric rhythms with electronic and vocal jazz. Her unique approach to layering her vocals and her live performances have garnered her quite a bit of success.

While the Dominican Republic has its own battle with Afro-Latinidad, Camacho also struggled with the same questions of not knowing where she fit, and she often felt her music wasn’t as well received. That’s because folkloric music of the island is not well-known because of its African heritage.

“Of all of our heritage, this is the one the Dominicans have more trouble to accept. So even with all this richness that is in the folkloric music… the majority of the [population] don’t know about these rhythms,” Camacho says.

A lot of times, she says, people didn’t understand what she was doing. Despite all these challenges, she found success and recently moved to Mexico City—a place where she feels inspired and welcomed.

“They’re not afraid to listen to new things and give opportunity to know something that they don’t understand,” Camacho explains.

Her new album Afrotaína is a powerful tribute to women of all shades and celebration of African heritage.

Carolina Camacho will be performing at the Afro-Latino Festival in New York City on July 7 and 8.