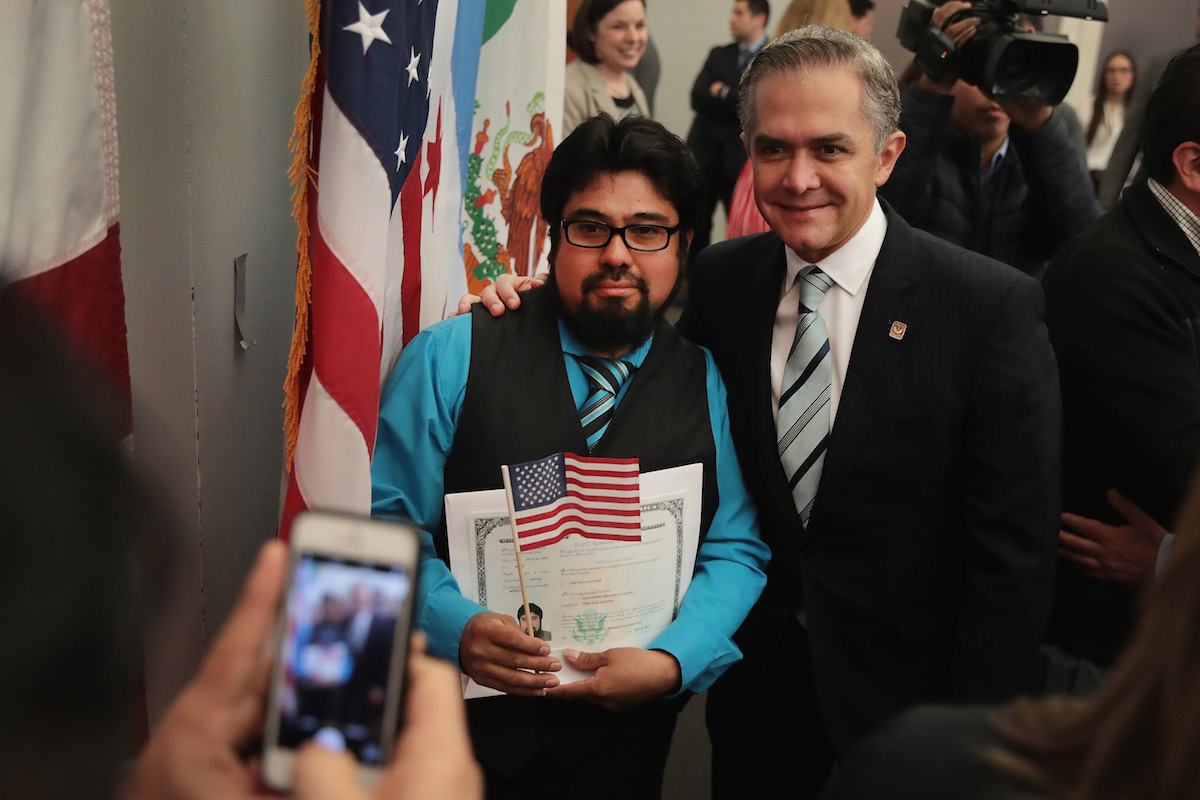 Alejandro Miranda (L) poses for a picture with Mexico City Mayor Miguel Mancera after becoming a naturalized citizen during a ceremony on May 5, 2017 in Chicago, Illinois. Mancera attended the ceremony as a guest of Chicago Mayor Rahm Emanuel. Eight people, all of whom immigrated from Mexico, were sworn in as U.S. citizens at the ceremony. (Photo by Scott Olson/Getty Images)

A report released in June from the Pew Research Center concluded that only 42% of Mexican immigrants eligible to become U.S. citizens actually applied and obtained citizenship in 2015. That percentage, according to Pew, is “one of the lowest among all immigrant groups when it comes to country of origin.” “Overall, 11.9 million of the nation’s 45 million immigrants in 2015 held lawful permanent residence (LPR) status – that is, they held ‘green cards,’ according to Pew Research Center estimates,” Pew’s Ana Gonzalez-Barrera wrote about the findings. “Of this number, most (9.3 million) had met the eligibility requirements –including length of residence– to apply for U.S. citizenship in 2015. Mexicans made up 37% of this group and constituted the single largest group of green-card holders without U.S. citizenship by country of origin.”

The Pew study also explored the barriers to naturalization for Mexican immigrants. More than a third said it was due to “language and other personal barriers,” while 31% said they “have not tried yet or” were “not interested.” The full Pew report is here.