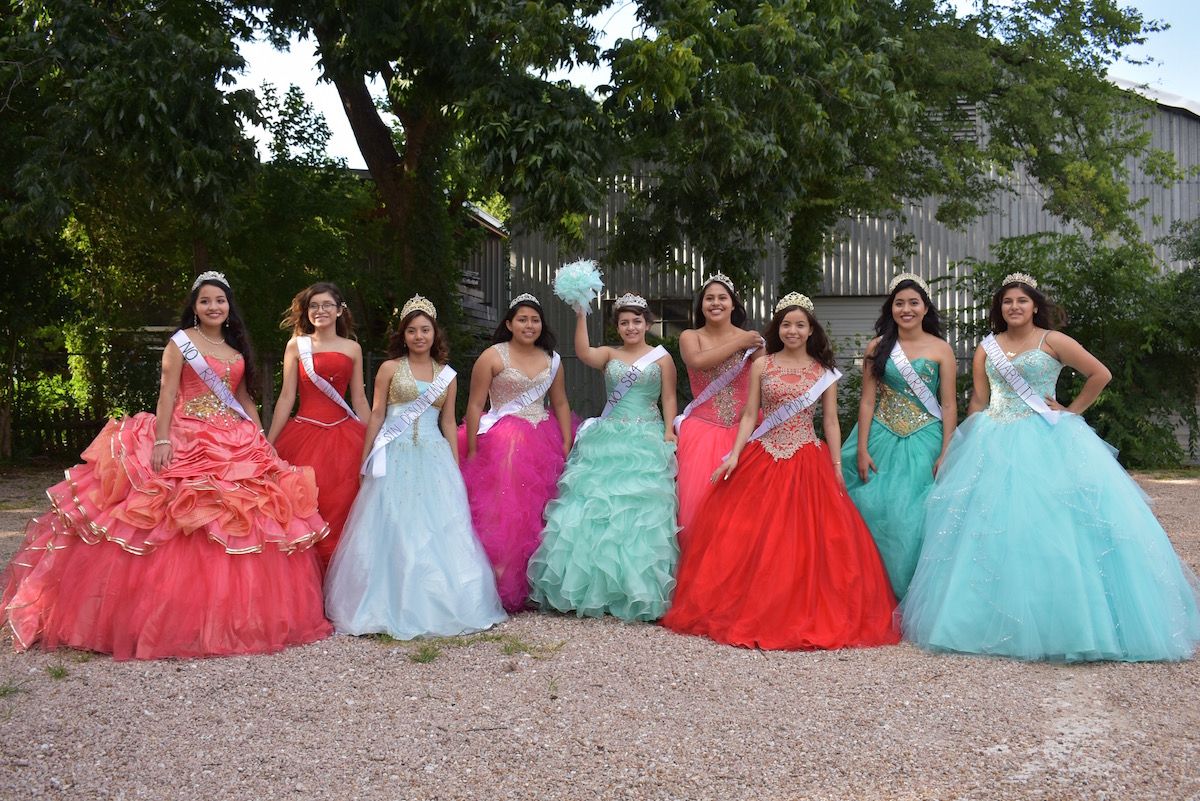 On Wednesday, 15 teens will celebrate their quinceañera at the Texas Capitol in the hopes of creating a political statement against Senate Bill 4 (SB 4)—a new Texas law which will allow local law enforcement officers to question the immigration status of people they detain.

“Texas is our home, it’s part of the Latino community, and there is no better way to show this than to have a quinceañera bash at the Capitol with girls wearing bright colorful dresses, dancing to songs in English and Spanish that show the mix of who are in the community,” said Cristina Tzintzun, founder of Jolt Texas, the organization planning the event. “This celebration of culture is a call for action against SB 4 by showing the symbolization of young Latinas’ coming of age and recognizing their responsibility to their community.”

Signed into law in early May by Texas governor Greg Abbott, many young Latinos in Texas have protested the bill, and cities like Dallas, Houston, El Paso and Austin have also joined the fight with several lawsuits.

“As an adult and a Latina, I should be the voice and the caretaker of those who can’t speak for themselves,” said Magdalena Juarez, a Jolt Texas volunteer. Juarez told Latino USA that she is excited for the Wednesday protest against an SB 4 bill she refers to as “a discriminatory and unfair bill that should not have been passed.”

For the Wednesday event, the 15 young women will wear large, bright quinceañera dresses and share 15 reasons why they’re resisting SB 4. They will also perform a dance piece to “Somos más americanos” (We Are More American) from Los Tigres Del Norte and “Immigrants (We Get The Job Done)” from Hamilton.

After the performance, the quinceañeras will visit legislators who supported SB 4. They plan to give these legislations gifts such as flowers and a card of them in their quinceañera dresses holding up their “ramo” (flowers bouquet) in the shadow of the Statue of Liberty to symbolize that “they too are America as much as anyone else is.”

Tzintzun said all the cards will have stats that show how laws like SB4 are affecting the Latino community and in particular Latinas. The idea for Quinceañeras at the Capitol came happened when Tzintzun and a Jolt Texas volunteer spotted three girls taking their quinceañera photos the Texas Capitol.

“I thought ‘what a beautiful image,’ it shows that we are Texas, Texas is our home and we are not going anywhere,” said Tzintzun.

SB 4 goes into effect September 1, and the consequences against law enforcement jurisdictions who don’t comply can lead to civil penalties of $25,000 per day. In addition, many Texas Latinos  have labeled SB 4 as a “show me your papers” law, echoing laws such as Arizona’s SB 1070. The Latino community continues to unite in solidarity and the quinceañeras hope their efforts will motivate other young Latinos to join the fight.

“What the Latino community and immigrant community is facing right now whether from threats of repealing Deferred Action for Childhood Arrivals (DACA) to laws like SB 4 in Texas makes many in our community feel fearful and afraid and we want to show that not only we are resisting tendencies like that but we are celebrating who we are,” Tzintzun added.

One thought on “From Quinceañera to Protest: Tejana Teens Fight SB 4 Immigration Law”