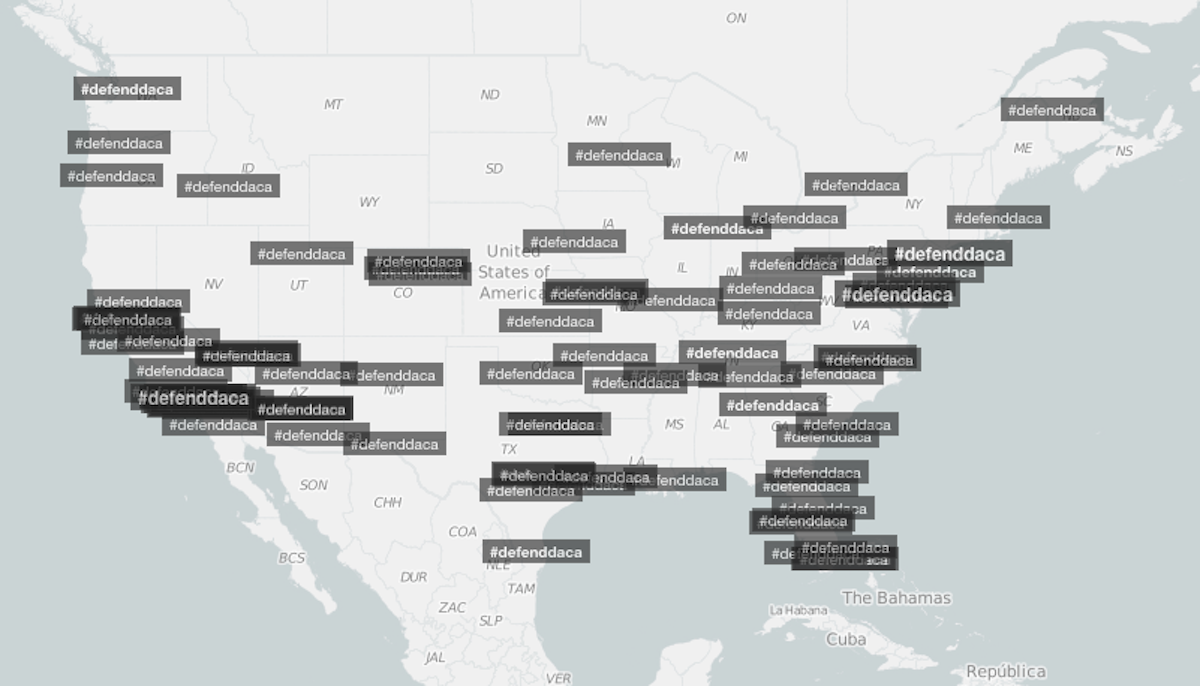 The Deferred Action for Childhood Arrivals (DACA) program became a United States trending topic on Twitter on Wednesday as supporters went online to advocate for the program under the #DefendDACA hashtag.

Why is #DACA is important to you?

Tweet your story and tell the world your fight to #DefendDACA. ✊ pic.twitter.com/VW8aKmotE5

Why is DACA important?

1 out of every 7 Asian immigrants are undocumented. We must #defendDACA and protect our immigrant communities. #HereToStay pic.twitter.com/ATJOcoFH6X

We won’t stand 4 young people being deported to countries they don’t know. We must protect immigrant youth & #defendDACA. #ProtectAndDefend

No one should be afraid that they will be ripped apart from their home, family and community simply for being an immigrant #DefendDACA

Ending DACA would be cruel and senseless – these young Dreamers contribute to our country and our state. #DefendDACA

Congress needs to step up & pass comprehensive immigration reform. Until then, we must #defendDACA & protect hard-working young immigrants.

It was 7 years ago that I asked President Obama to create DACA – I’ll do everything in my power as a U.S. Senator to #defendDACA.

Breaking up families is NOT the same as deporting criminals. #DACA-recipients have passed background checks & are #HereToStay. #DefendDACA

The #DefendDACA tweets happened the same day a report from McClatchy said that the White House would not support a bipartisan DREAM Act bill co-sponsored by Senators Dick Durbin (D-IL) and Lindsey Graham (R-SC).

“It’s enforcement first. Then we can get to all these other things,” said a White House official, according to McClatchy.

As expected with any trending topic, the hashtag also saw its share of opponents:

#defendDACA No, defend Americans instead.

This is our home, not a soup kitchen for people who couldn't cut it in Mexico. pic.twitter.com/HhpkJqMgPE

To all Protected by DACA always remember. This country belongs to us. Not you #defendDACA pic.twitter.com/cytD1xDlzn

To all congress members tweeting #defendDACA you better get ready to #DefendYourSeat since you are committing political suicide.