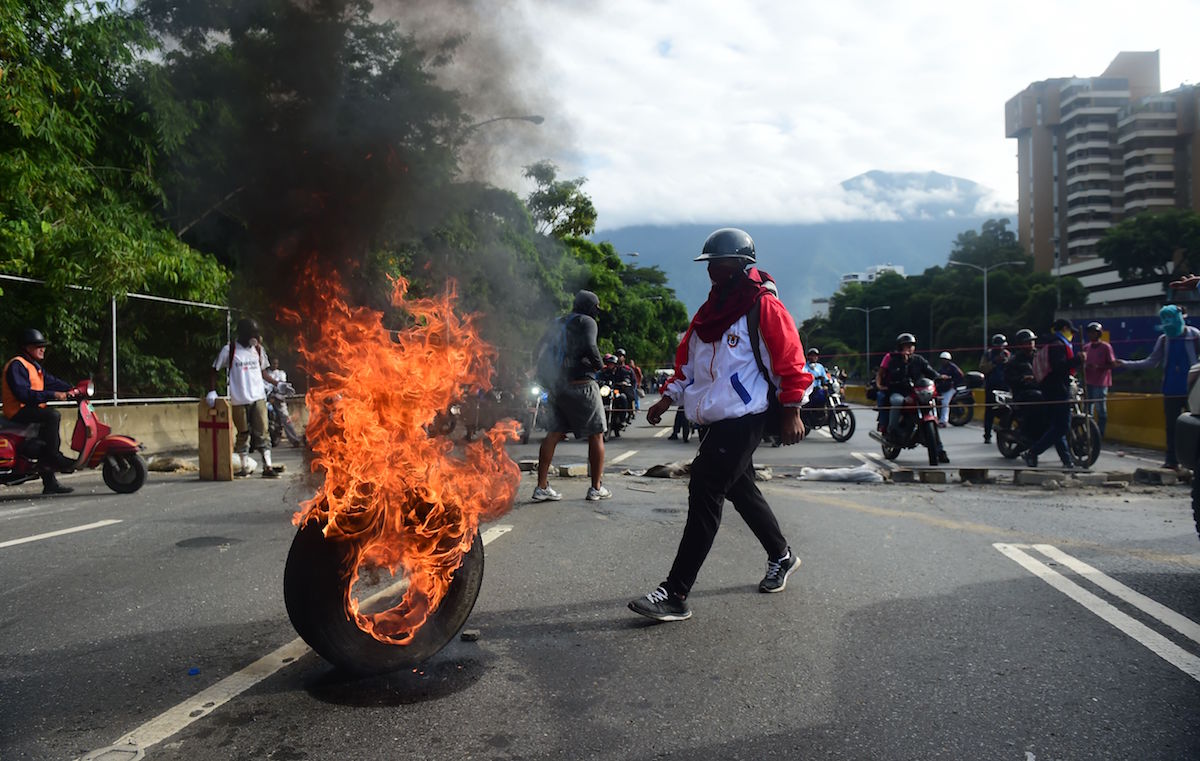 The clash between Venezuelan president Nicolas Maduro’s administration and the opposition party has escalated protests in recent months. Protests are happening on a near-daily basis, and a general strike went into effect on Thursday, July 20.

On the surface, this conflict may seem simple: an authoritarian president is in power who is being opposed by the people. But it’s much more complicated. In this selection from Latino USA‘s sister podcast, In The Thick, hosts Maria Hinojosa and Julio Ricardo Varela lead a discussion about this complicated, long simmering conflict with Mariana Atencio, national correspondent for NBC News, and Juan Forero, South America Bureau Chief at the Wall Street Journal.

The following is the complete In The Thick conversation from this week: