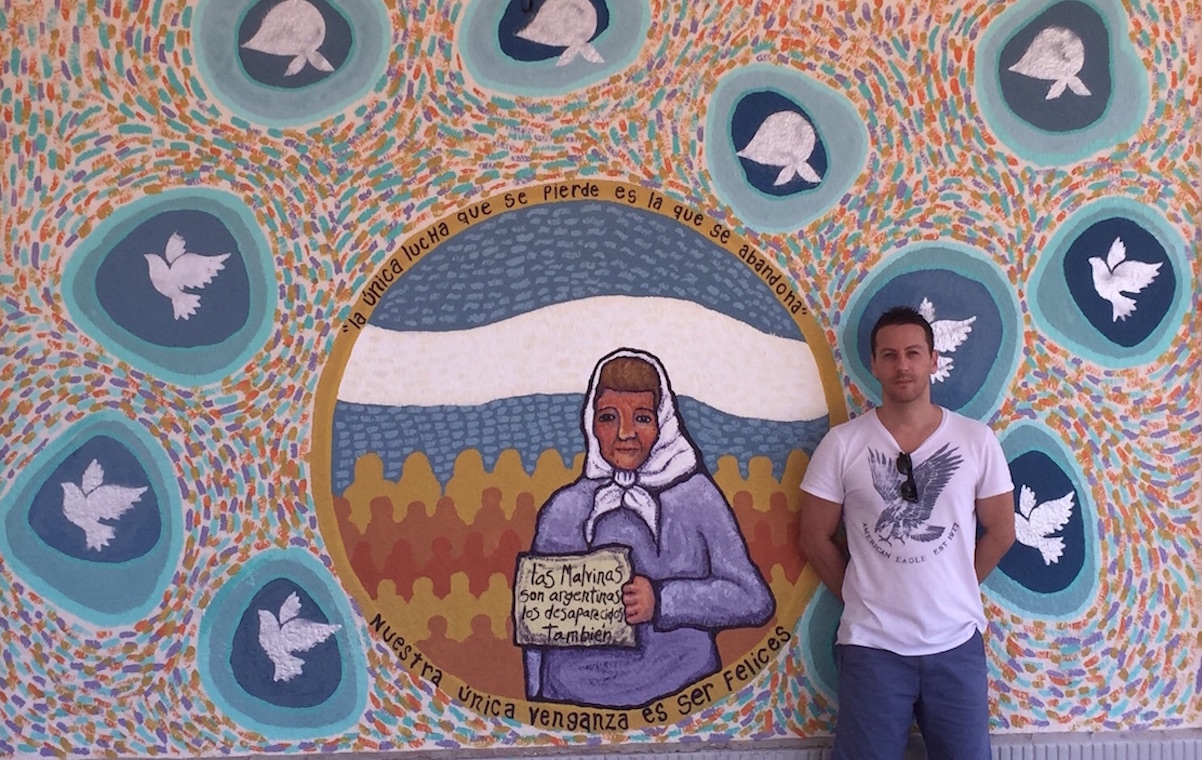 Around dawn on October 16, 1976, a group of armed men came to the door of Jorge Ogando and Stella Maris Montesano, a young couple living in La Plata, Argentina. The men put hoods over the couple’s heads, handcuffed them and dragged them out the door. Their three-year-old daughter, Virginia, was left behind in her bed.

Stella was eight months pregnant on the day she disappeared. She and Virginia’s father were taken to a secret prison— one of a circuit of torture centers operated by the army and police. Among the other detainees there were a group of teenagers who’d been campaigning for a student discount on bus fare, a journalist, a transgender woman, and a member of an armed leftist group. The prisoners were kept tightly bound, blindfolded, and half-naked on the floor. Many had been badly beaten or had burns in their mouths and genitals from being shocked with electricity during interrogations. Rape was routine.

Those who survived would later remember mostly sounds and sensations — a blasting radio that didn’t quite conceal the screams of people being tortured, a thirst so overwhelming it drove one woman to drink urine, the ominous boot steps of guards on the stairs. Some would recall another sound, too — the cries of newborn babies.

Through conversations with detainees who’d seen the couple in the secret prison, Virginia and her family would eventually learn that Stella went into labor about six weeks after she was abducted. When her contractions began, the other detainees pounded the walls and doors to alert the guards. Stella was taken to a kitchen that served a makeshift maternity ward. There, she gave birth to a baby boy with light hair and blue eyes. When the guards asked Stella what she wanted to call him, she said Martín.

Stella returned to her cell without the baby and extremely distressed. The guards told her to calm down, saying they would bring the newborn to her family. After all, prison was no place for a baby.

That never happened. But Stella had managed to keep a piece of baby Martín’s umbilical cord. The prisoners passed it from hand to hand until it reached her husband, Jorge. It was all he would ever know of his son.

Earlier that year, in March 1976, Argentina’s military had seized control of the country. This coup marked the beginning of a brutal dictatorship that would last for seven years and leave some 30,000 people disappeared, according to human rights groups. Anyone the regime considered “subversive” was a target — and the term was defined very loosely. Some of those who disappeared belonged to armed leftist groups, but there were also many student activists, union members, disability rights advocates, workers and people whose names were simply in the wrong address book.

About 500 babies disappeared, too. They were either born in torture centers, like Virginia’s brother, Martín, or stolen along with their parents. Most of these children were not killed, but they weren’t given back to their families, either. The regime considered them ‘seeds of the tree of subversion’ — giving them back to their biological families would only create a new crop of terrorists, they argued. Plus, the dictatorship refused to acknowledge it had anything to do with the thousands of disappeared people. If their children suddenly surfaced, it would mean admitting they knew where the parents were.

So, instead the children — sometimes called “the living disappeared” — were raised under false identities. Many were given to people in or close to the regime who brought them up as their own. Others were sold on the black market or abandoned at orphanages. But their blood relatives—grandparents, siblings—never stopped looking for them.

At first the babies’ grandmothers headed the search. They’d skulk around toy stores and candy shops, hoping for a glimpse of their own investigations. Eventually, they became the Grandmothers of the Plaza de Mayo, a venerable human rights organization with teams of investigators and lawyers. So far, 122 of the stolen babies have been found. But hundreds are still missing.

As the grandmothers’ began to grow old, Virginia’s generation has begun playing a larger role in the search for their missing brothers and sisters. And in many cases, the stolen children themselves—now all grown up—have begun to search origins.

This story was originally written for The California Sunday Magazine. You can read it here.

Thanks to Fabián Vittola, who made a film, Hermanos de Sangre, about the family portrayed in this story and kindly allowed Latino USA to use some of his audio footage.