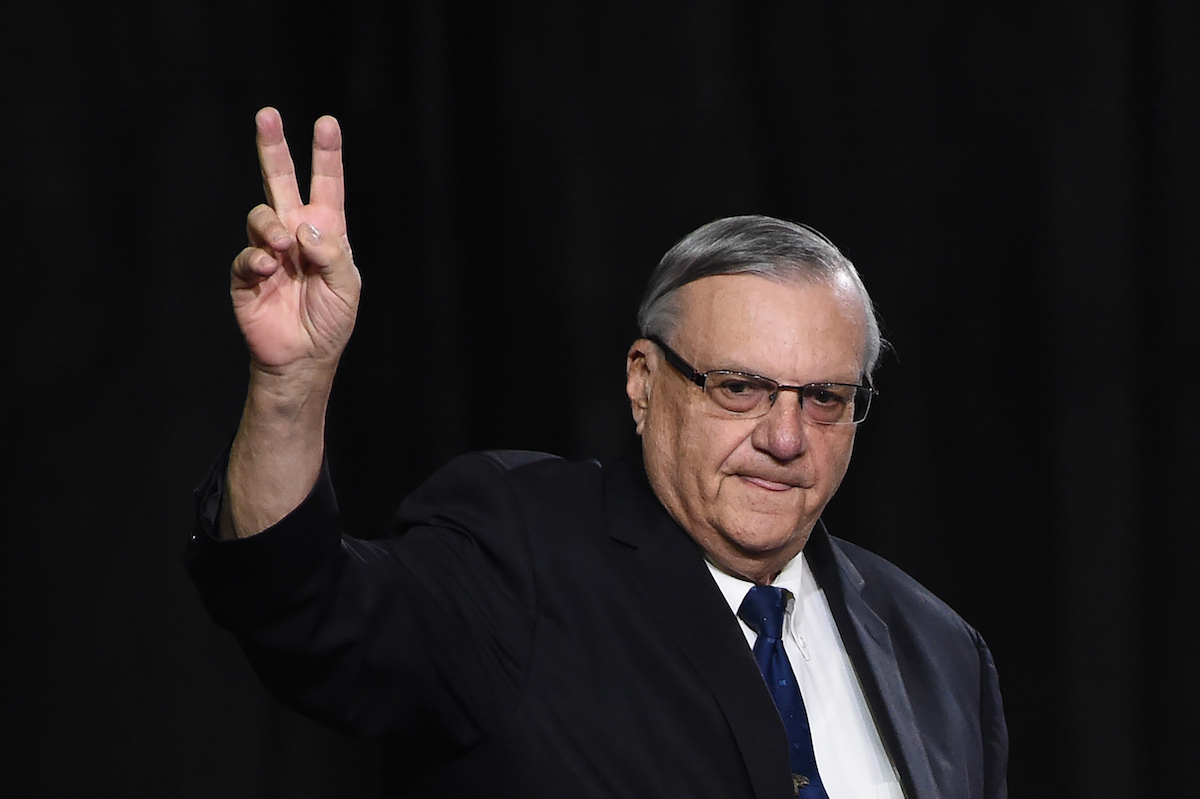 On Monday morning, U.S. District Judge Susan Bolton issued a guilty ruling against former Maricopa Country sheriff Joe Arpaio for criminal contempt. According to Bolton, Arpaio showed “flagrant disregard” towards a 2011 decision from a federal judge who had ordered Arpaio to stop immigration enforcement tactics that were racially targeting Latinos.

Criminal contempt is a misdemeanor that could lead to six months in jail for the controversial Arpaio, who lost his re-election bid for a seventh term in 2016. Sentencing is scheduled for October 5, and Arpaio has already said that he will appeal the ruling, asking for a jury trial.

Statement from @RealSheriffJoe attorneys after Arpaio was found guilty of criminal contempt. “Arpaio will appeal to get a jury” pic.twitter.com/d6e0FRCeEb

This is Bolton’s full ruling:

“As long as ICE is in the jails, Arpaio is still in control. True justice will be served when Sheriff Penzone ends all collaboration with ICE and finally breaks with the legacy of Sheriff Arpaio,” Puente’s Carlos Garcia said.

Despite the Monday ruling, the editorial board of The Arizona Republic cautioned its readers to “hold the cheers for now:”

Arpaio has gone from the scourge of Latino neighborhoods to a has-been, but his methods and attitudes toward immigration enforcement have not faded.

Instead, his attrition-through-enforcement zeal has been elevated to the national level.

It’s one reason for a sense of sadness as we mark the day justice (sort of) caught up with Sheriff Joe.