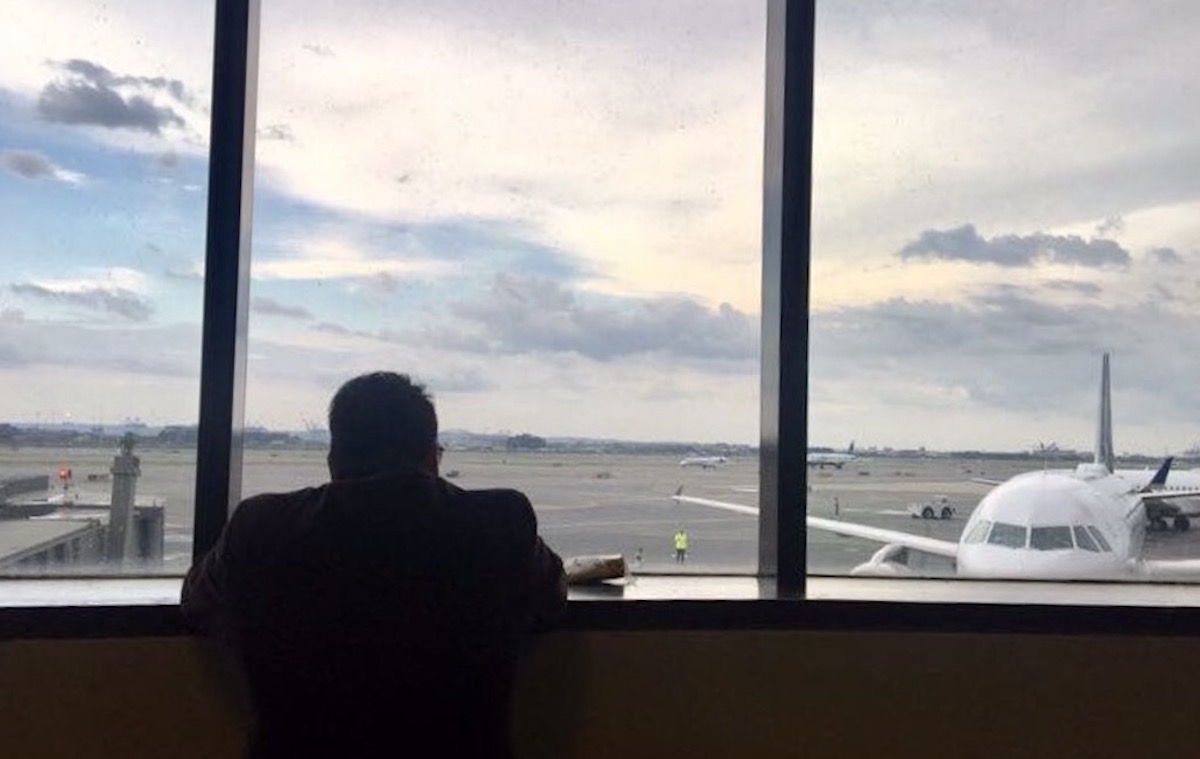 Martin Martinez looking out the window at Newark Airport. (Courtesy of Maria Martinez)

Many immigrants have to attend these appointments with U.S. Immigration and Customs Enforcement (ICE) periodically as a way for the government to keep tabs on people who they know are living in the United States illegally.

Some are asked to check in so ICE can make sure that they are not trying to hide from the system. Others check in because they are facing deportation, and they’re trying one last time to ask for more time to stay.

This is exactly what Martin Martinez, a Mexican immigrant who had been living in New York for three decades, was trying to do when he attended his ICE check-in appointment back in June.

But, this wasn’t going to be an easy task for Martinez. He had a deportation order and as ordered by ICE, Martinez had to show up to his June 13th check-in with his own one-way plane ticket to Mexico to show ICE that he was willing to comply with their orders.

This day, Martinez was expecting one of two things to happen. Either the ICE officer was going to deny his last request to stay and deport Martinez back to Mexico, using the one-way plane ticket that he had purchased with his own money, or ICE was going to allow him to appeal his case for a chance to stay in the U.S.

But instead, something unusual happened. ICE decided to detained Martin Martinez because his plane ticket to Mexico had a layover.

View all of Detained