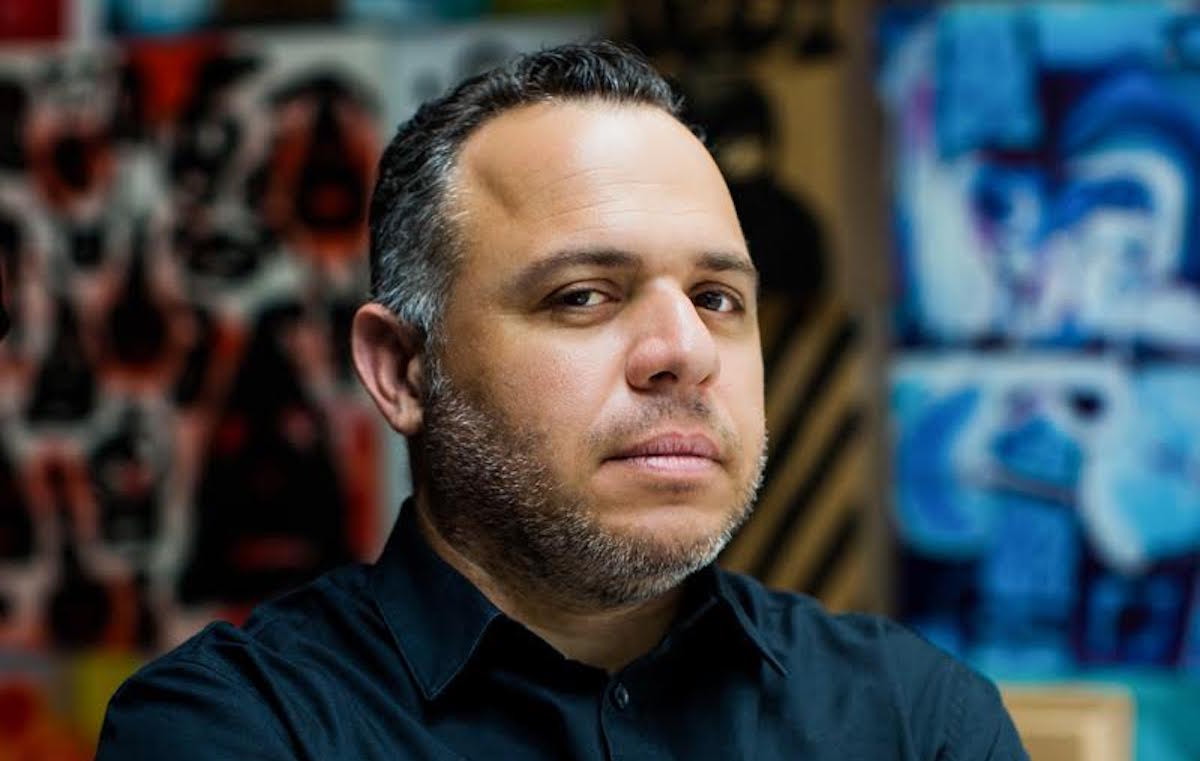 A year ago, in newsstands across the nation, there was a minimalist-style magazine cover that stood out with bright orange, red and yellow colors on top of a plain black background. The cover showed Donald Trump’s face oozing and dripping down like a melting candle with the simple and captivating title: Meltdown. It was the August 2016 issue of Time Magazine and then-Republican presidential candidate Donald Trump was making major headlines for the release of a tape—where he was recorded talking to Access Hollywood’s Bill Bush about “kissing and groping women.”

Cuban-born artist Edel Rodriguez illustrated the gripping cover and he’s not one to shy away from his right to free speech through his art. After all, he’s come a long way since growing up in Havana during Fidel Castro’s dictatorial regime. The recognized illustrator, whose work has been featured in Time magazine, Der Spiegel and with collections featured at the Smithsonian Institute in Washington D.C., vividly remembers his family’s immigration to the United States when he was 9 years old.

“It was the first time in my life that I had seen soldiers with machine guns around me,” he told Latino USA. “Everything was really shocking.”

Rodriguez shared memories of his experience when his family boarded the Mariel boatlift, a mass immigration of Cubans to America granted by Castro in 1980.

“Along with family members, on the boat were a mix of prisoners and prostitutes that the Cuban government had sent out,” he said.

After about a 10-hour journey, Rodriguez’s family settled in Miami where the young boy was introduced to American pop culture for the first time.

“I was an immigrant and to me and my family, the Statue of Liberty was something very sacred—what this country meant and represented,” Rodriguez said. “We were thrown to the idea that the United States was a democracy.”

The notion of democracy and freedom of speech was one of many factors that influenced the young illustrator.

“When I was at school I tried to figure out a way to communicate with people. I didn’t speak English, so it was a way of communicating with people. I was the art kid,” he said. Drawing became his way of expressing himself as he learned the English language.

At the age of 23, Rodriguez graduated with honors in art from Pratt Institute in Brooklyn, New York. Eventually, he received a Master of Fine Arts degree in painting from Manhattan’s Hunter College graduate program.

As the artist grew within the industry and his unique style became easily recognized, Rodriguez believes, it was evident that in his illustrations there were strong elements of his Cuban upbringing along with Western and pop culture elements of growing up in New York. He would use vibrant orange, red and yellow colors in his illustrations, and he constantly drew weapons and melting figures.  All aspects blended quite well and made their way into Rodriguez’s illustrations.

On February 4, 2017, one of Rodriguez’s illustrations stirred up quite a conversation around the world. He called the illustration, “America First” and it appeared on the cover of Der Spiegel. In Rodriguez’s illustration, president Donald Trump appears in the center with an all-so-familiar orange face, yellow hair and wearing a black suit. His arms are raised by his side and in one hand, he’s holding the Statue of Liberty’s decapitated head and in another hand, a bloody, dripping knife in the other.

This illustration was a response to President Trump’s executive order, prohibiting citizens from seven Muslim-majority countries from entering the U.S. Rodriguez drew a comparison between the leader of the free world and the terrorist group Trump hopes to eliminate.

For Rodriguez, this illustration presented a threat to freedom and the values that first brought his family here.

Inspired by his personal history, politics, and nostalgia for his country of birth, Rodriguez’s bold illustrative works are an examination of identity and mortality. Along with “America First,” some of Rodriguez’s iconic magazine covers include the Time magazine cover of Donald Trump’s Meltdown (mentioned earlier) and a Newsweek cover depicting sexual harassment in Silicon Valley cover.

Rodriguez holds nothing back and explains how art speaks volumes. According to him, images have the power words do not regardless of education-level, background, language and of who the viewer may be.

“People can avoid text, stories, but an image, you can’t avoid it. You see an image for maybe half a second and it becomes ingrained in people’s minds,” he said.

The artist is aware that he can’t change opinions but instead, hopes to prove to people that there is no reason to feel like they can’t express theirs.

“I don’t make political art. I make art that magnifies the truth,” he said.

Rodriguez says his work encourages the meek to speak up. His work is now exhibited internationally in numerous institutions in New York, Chicago, Dallas, Havana, Los Angeles, Philadelphia, Toronto and Spain. He continues to live in New York City and runs his own art studio.

“My main job as an illustrator is to get people to talk, have a conversation and to pay attention to the topic and the world around you,” he said.