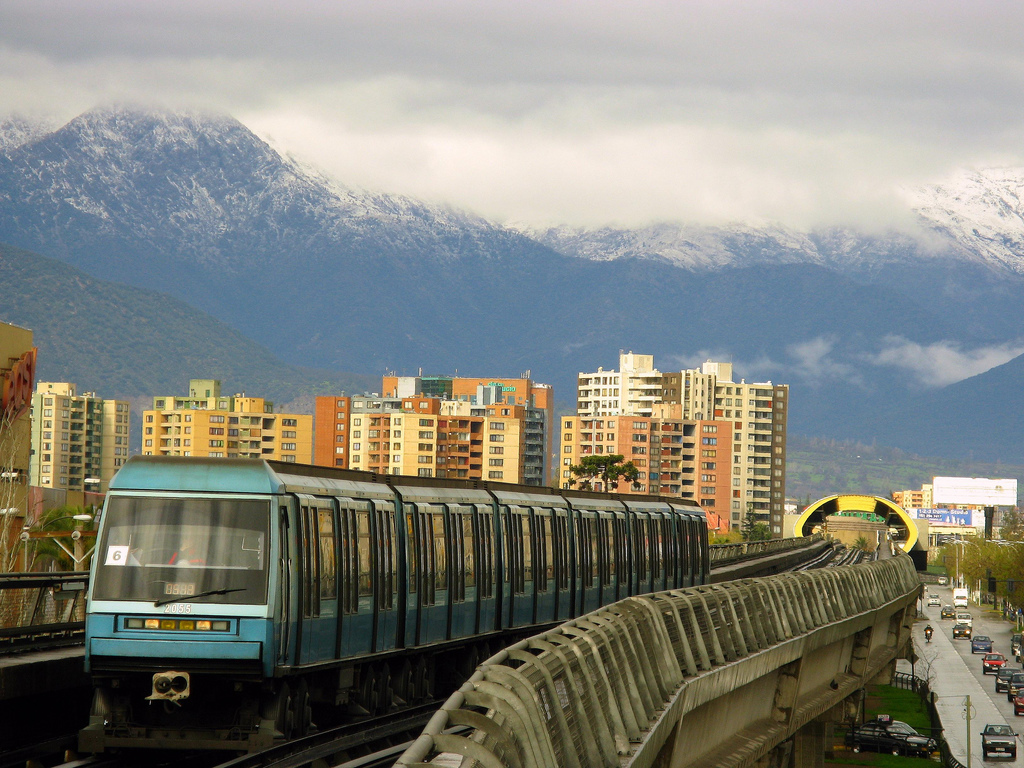 Santiago, the capital of Chile, is a hub for international corporate headquarters and local startups. (Ariel Cruz Pizarro/Wikimedia, CC BY-SA)

Chile, Costa Rica and Mexico were Latin America’s big winners in the 2017 edition of the Global Innovation Index (GII), which ranks the world’s economies on their innovative capabilities (innovation inputs) and measurable results (innovation outputs).

The GII report, launched in June at the United Nations Headquarters in Geneva, Switzerland, was co-authored by Cornell University, INSEAD and the World Intellectual Property Organization.

Innovation is now widely recognized as a central driver of economic growth, prosperity and development. The GII aims to provide countries with a snapshot of their innovation ecosystem, helping them to identify weaknesses and strengths.

Latin America in the Middle

In Latin America as elsewhere, formulating effective innovation policies could serve as a potential antidote to regional and global economic and political uncertainties. Although the region’s overall scores increased 2% over last year’s numbers, countries in the region are still working to meet their innovation potential.

Out of 127 countries ranked, Chile came in 48th place, Costa Rica 53rd and Mexico 58th. Switzerland topped the list of the world’s most innovative economies, followed by Sweden and the Netherlands.

Latin America has a surplus of talent — and a shortage of innovation https://t.co/i6F9ocGija

None of the region’s countries outperform in innovation relative to their level of development (as India and Vietnam did, for example), and the largest countries in the region have not seen improvements in their rankings.

The region lags in terms of both inputs that catalyze innovation —including increases in investment, science and technology graduates, availability of credit markets and the like— and in innovation outcomes, such as patent applications filed and scientific articles published.

And the Latin American Innovator of the Year Is…

Chile, ranked 46th most innovative country in the world, remains the number one economy in Latin America, as it has for the past four years, though it fell two positions in the overall rankings since 2016.

Its improvements in 2017 lie mainly in its knowledge and technology outputs, particularly in the number of new firms created, where it ranks 14th in the world with eight new company registrations per thousand population in 2014. This puts Chile in the good company of places like Bulgaria (with 8.9 per 1,000) and Iceland (with 9.5 per 1,000).

Chile is tenth in the world for foreign direct investment (FDI) net outflows (meaning the amount invested that Chilean residents make in foreign countries); it represented 5% of GDP in the 2013 to 2015 period, putting Chile’s FDI output above that of countries like Canada and Norway.

The high-income South American nation also outpaces economies such as Finland and the US in tertiary education enrolments, with 88.6% of its population in 2015. This is the highest score in Latin America, followed by Uruguay (ranked 38th) and Colombia (47th).

Costa Rica is the second-most innovative economy in Latin America and 53rd worldwide, down eight positions from its 2016 level. This is the seventh year that this small Central American country has ranked among the region’s three best-performing economies.

Its strengths lie primarily in business sophistication and creative outputs. Costa Rica is first in the world in cultural and creative-services exports like advertising, market research and public opinion polling services and fifth in the number of researchers in the business enterprise sector.

In the exports of services based on information and communication technologies, called ICT, Costa Rica also ranks top worldwide, tied with India, Ireland and Israel. In 2015, Costa Rica’s ICT services exports represented 14.6% of its total trade.

Most of Costa Rica’s weaknesses are on the innovation inputs side. The Central American country graduates a relatively low number of science and engineering students (91st worldwide) and developing few industrial designs by origin (103rd).

Mexico has also done relatively well in innovation this past year, rising three spots to become the 58th most innovative economy worldwide.

It ranks seventh among 62 middle-income economies in the quality of innovation, a group that includes China, India and Brazil. In this indicator, Mexico performs above average in the quality of its domestic universities and the international impact of its local publications.

Mexico, which is projected to become the world’s 16th-largest economy in 2017, shows itself to be an active contributor to global value chains, including in high-tech sectors, with imports like aerospace equipment and scientific instruments, among others, representing 18.4% of total Mexican trade in 2015.

One of Mexico’s main weaknesses is political stability and safety. In this indicator, it ranked 104th out of the 127 countries worldwide. Gender is also a point for improvement: only 8.2% of employed Mexican women had advanced degrees (in comparison, 21.1% of working French women and 15.9% of working Chilean women do).

Brazil: ‘A’ for Effort

Brazil remains an important innovation actor in Latin America. This year, it came in 69th in the world and 7th in the Latin American region, ceding ground to economies like Panama and Uruguay. It has kept the same position as in 2016 and improved one position relative to 2015 when it was ranked 70th in the world.

Brazil made large gains in human capital and research, improving in expenditures in education, and the average score of the top three Brazilian universities at the QS university ranking in 2016 ranks 24th worldwide, above countries like Austria and Italy.

Marked improvements in the OECD Programme for International Student Assessment (PISA) scores over 2003-12 were also registered, though tertiary education remains a bottleneck to innovation. Only 12% of all higher education students study science and engineering, putting Brazil at 96th worldwide out of 102 nations ranked.

This year’s results show that although Latin American and Caribbean countries are increasingly investing in R&D and innovation inputs, they do not necessarily translate these inputs into innovation outputs like patents, scientific publications, quality certificates, high-tech products, trademarks, and the like.

This, in turn, is hampering the efficiency of the region’s innovation systems. With nearly 650 million people and a combined GDP of US$5.2 trillion, Latin America and the Caribbean has the potential to become a greater source of global intellectual production and high-tech manufactured products, among other possible areas for growth.

To unleash their shared power, the GII results reveal that countries in the region must emphasize enabling environments that are conducive to creativity domestically and as well as cooperate more in R&D and innovation at the regional level.