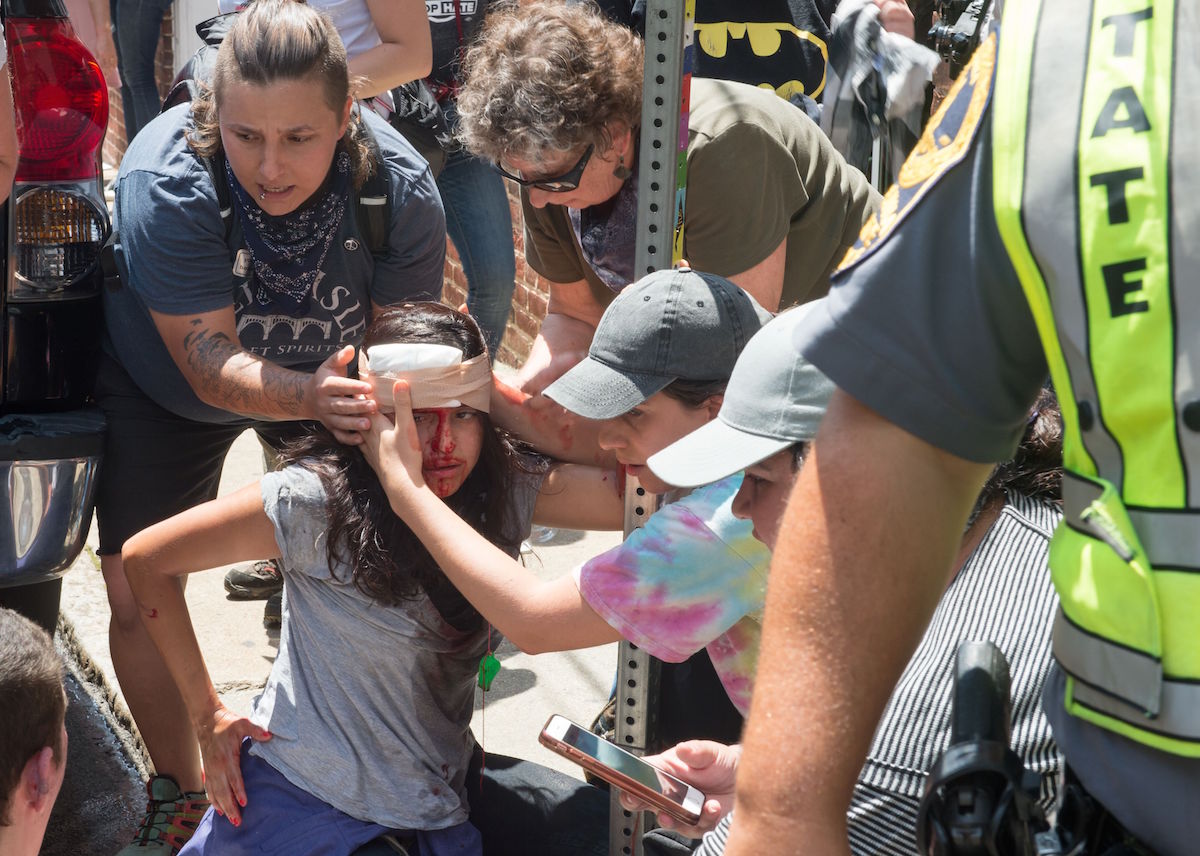 Natalie Romero, a rising sophomore at the University of Virginia, was one of 19 people injured when a man rammed his Dodge Challenger into a crowd protesting white supremacists and Nazis during the “Unite the Right” march that occurred in Charlottesville on August 12.

“She has always been a good student, a good friend, a good sister,” her mom Ericka Chaves said during a press conference two days after the incident. Natalie suffered a fractured skull and a deep gash to the face.

According to her mother, Natalie has always wanted to attend UVA because of its proximity to Washington, D.C., and her desire to be involved in organizing and politics.

After the attack, her mother started a GoFundMe campaign to help cover the costs of Natalie’s medical bills and the cost of transporting her back to her hometown of Houston, Texas. The campaign has already raised over $150,000—significantly more than the intended goal of $120,000.

One donor identified as “Natalie Romero Santana” wrote on the GoFundMe page: “Seeing we share the same name, the same skin color and almost the same age is a reminder that we are all in this together. We must raise our voices and fight against this together.”

Natalie has already been released from the hospital and according to her friend and fellow University of Virginia student Paola Sanchez Valdez, has returned to organizing.

“She is the strongest most bravest girl I’ve ever met even after everything has happened she is resilient she continues to want to participate in activism even after this traumatic event. She’s an incredible human being that is willing to stand up to other people,” Valdez said.