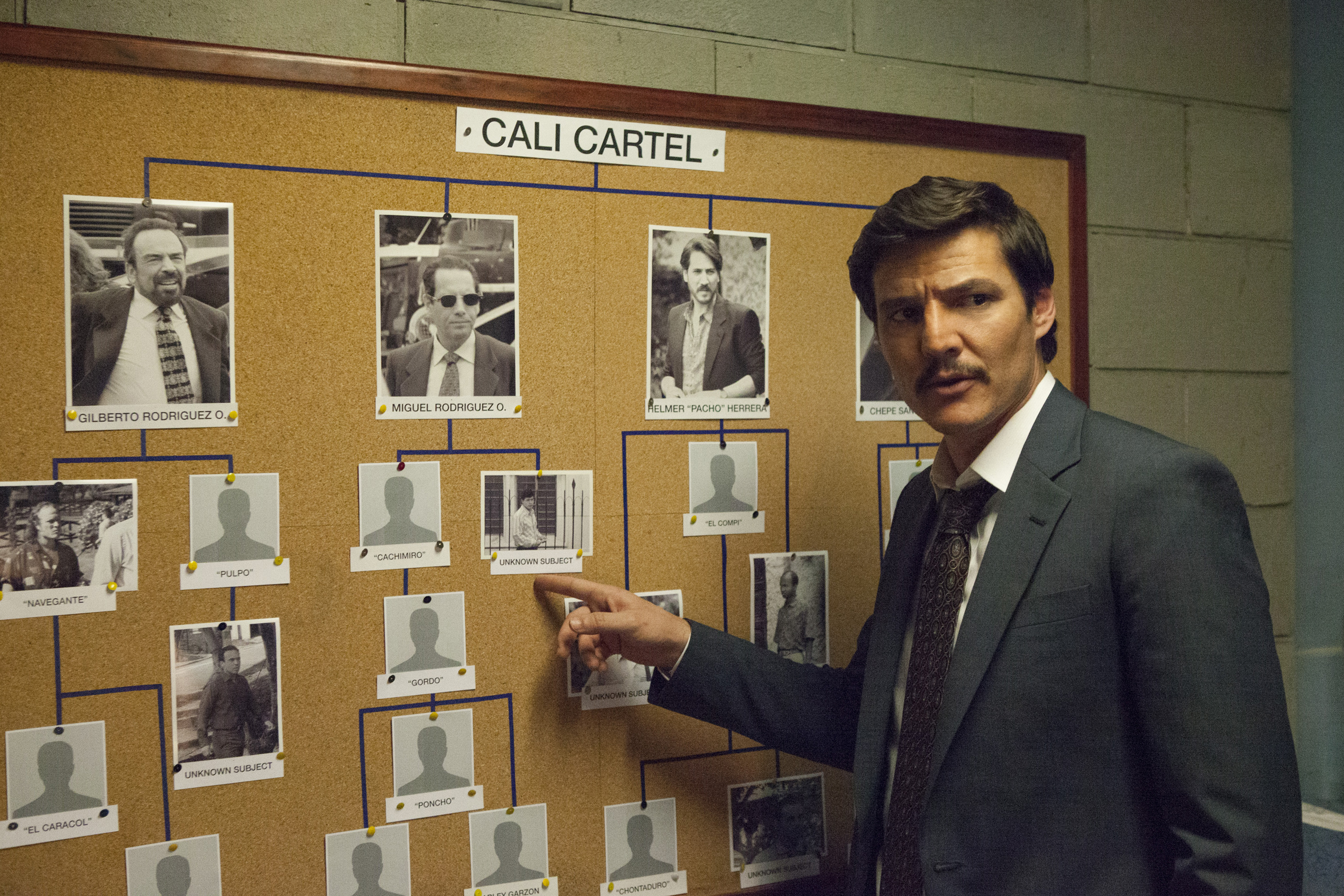 When I heard that there would be a season three of “Narcos,” I wondered where the show would go considering the main character got killed at the end of season two.

I got to watch a few episodes ahead of season’s premiere on September 1, and although I can’t give much away, I can say that the show goes beyond Colombia and also looks at the key players who filled in the void of Pablo Escobar.

Some of the show’s cast was in New York City for interviews earlier this week including: Chilean actor Pedro Pascal, who plays one of the Netflix series’ main characters; Spanish actor Miguel Angel Silvestre, who plays a money launderer for the drug cartel; and Guatemala native Arturo Castro, who goes from playing the sweet gay best-friend in Broad City, to playing the son of a cartel bossman in this season.

Latino USA will air the interviews soon and you’ll hear from all three actors about the importance of representation in media, their thoughts on highlighting drug trafficking in Latin America, and their accent training.

But until then here’s a little snippet of the first question I and fellow producer Antonia Cereijido asked the three actors: