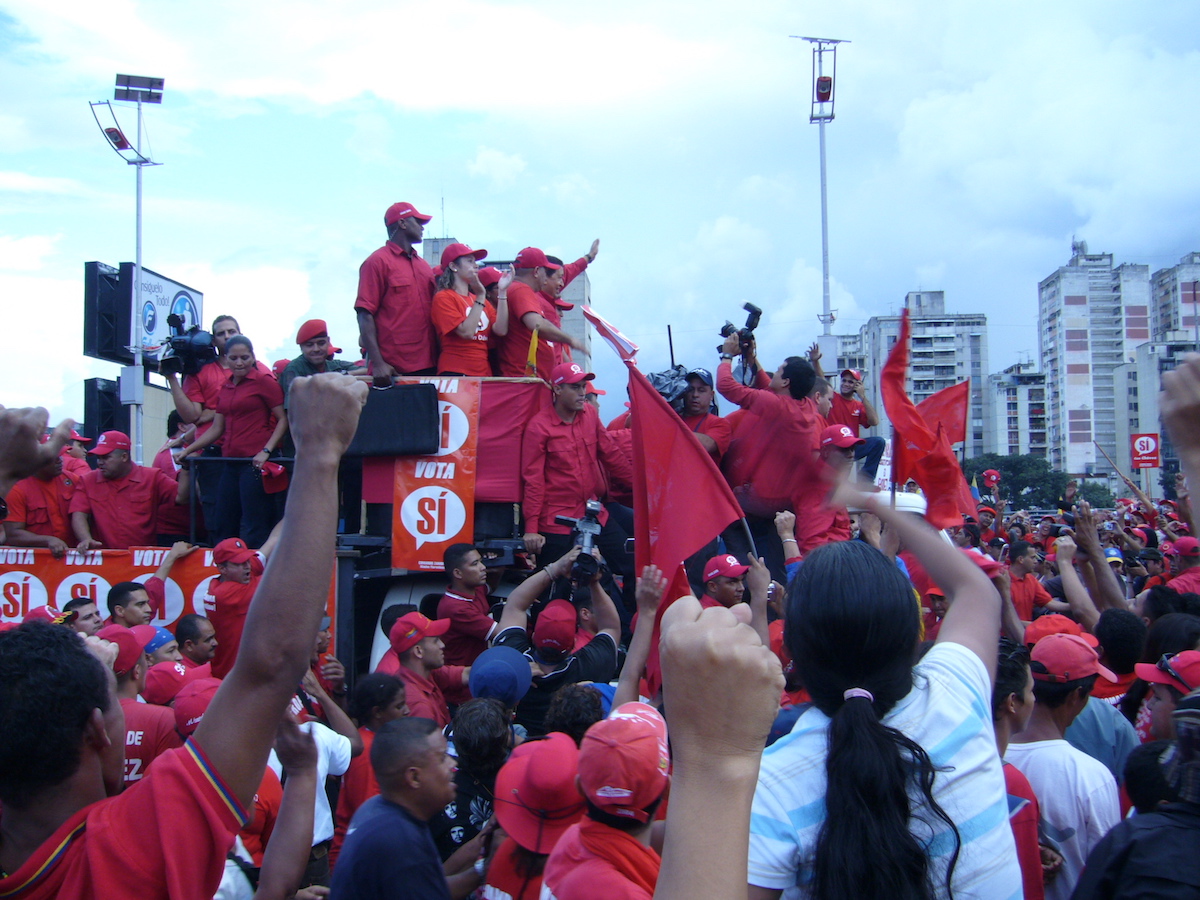 Since January of this year, tens of thousands of Venezuelans have been taking to the streets almost every day. Most of them are young people in Caracas who are protesting the regime. They’re fed up with the rising crime rates and impunity, unmitigated inflation and the chronic shortages of food and medicine. In the last two decades, an estimated two million Venezuelans left the country, driven by economic and political insecurity. Journalist Ruxandra Guidi was among them. She tells us what it feels like to have witnessed her country’s revolution —to have almost been swept by its rhetoric— and, as she sees it, to watch all unravel now from afar.

Featured image: Supporters of Hugo Chávez rally in Caracas in an effort to get rid of term limits in 2009. Photo by Ruxandra Guidi.

Ruxandra’s essay was made possible with support from the 2017 Third Coast Radio Residency.