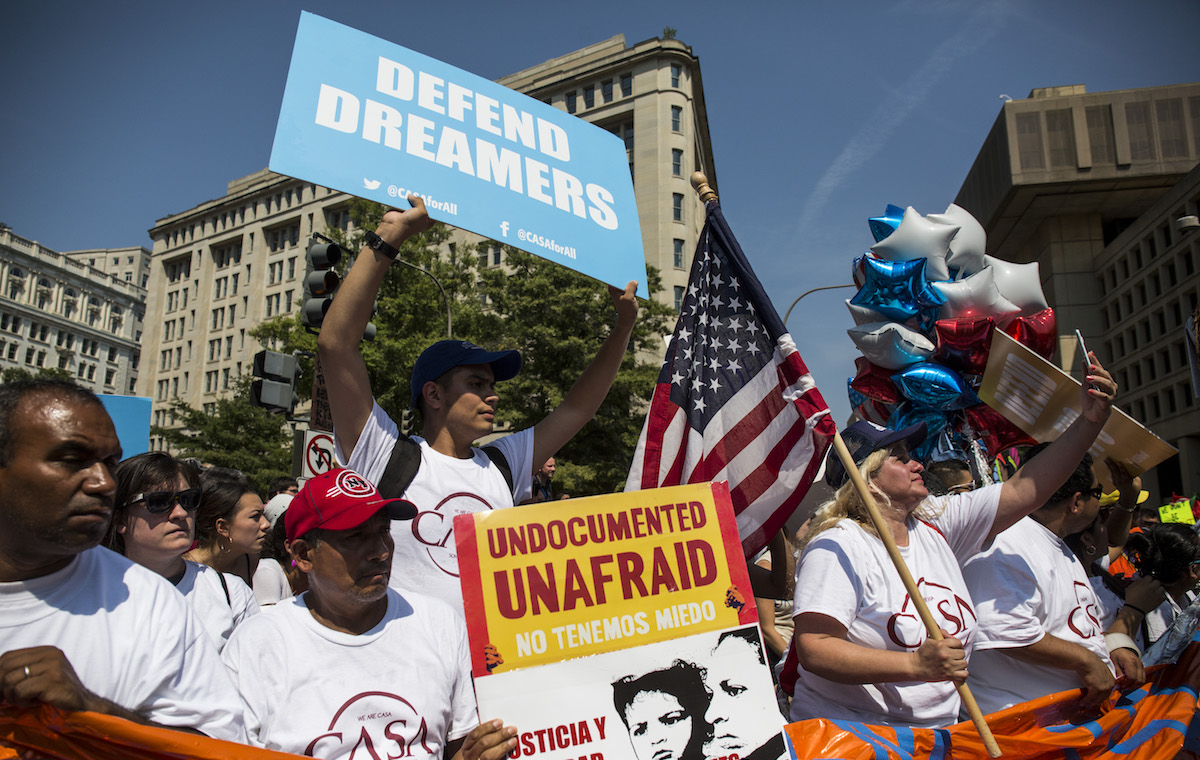 Five years after the program was launched, Attorney General Jeff Sessions announced Tuesday that DACA is being rescinded.

Sessions called the Deferred Action for Childhood Arrivals program “an executive amnesty policy,” and “an unconstitutional exercise of authority by the Executive Branch.” He directed the Department of Homeland Security to wind down the program and cancel the memo authorizing it.

The Trump administration gave Congress until March 5, 2018 to pass legislation addressing this undocumented population that was brought to the U.S. as children.

“As I’ve said before, we will resolve the DACA issue with heart and compassion —but through the lawful Democratic process— while at the same time ensuring that any immigration reform we adopt provides enduring benefits for the American citizens we were elected to serve,” President Donald Trump wrote in a statement. “We must also have heart and compassion for unemployed, struggling, and forgotten Americans.”

According to a DHS memo, there will be no more new DACA applications accepted. Renewals will only be allowed until October 5, and only for those whose permits expire in the next 6 months.

As it stands now, current DACA work authorization permits will be valid until their expiration dates.

But that didn’t stop thousands from taking to the streets to protest. Tuesday’s announcement set off school walkouts and marches nationwide. It also sparked fear that immigration officials will use information in DACA applications to go after them and their families once their permits expire.

Former President Barack Obama called Trump’s decision “cruel,” and many lawmakers spoke out against the decision, including Republican Senator Lindsey Graham, who said Congress is “going to have to up its game” to come up with legislation for DACA recipients who “have done nothing wrong.”

Later on Tuesday, President Trump tweeted that he would revisit the DACA issue if Congress cannot reach an agreement:

Congress now has 6 months to legalize DACA (something the Obama Administration was unable to do). If they can't, I will revisit this issue!

On June 15, 2012, President Obama announced DACA. Since then about 800,000 young people have received the temporary deportation relief. They’ve been able to move on to higher education and work as teachers, firefighters, engineers and bankers.

Despite Sessions’ use of the word “amnesty” when criticizing DACA, the program does not give young immigrants a path to citizenship, and it does not permanently legalize their status.

With DACA, young immigrants have a work-authorization document that lasts two years and during that time they are also protected from deportation. That permit could be renewed.

However, immigration officials have prosecutorial discretion—meaning even with DACA they could detain or deport people.

It’s important to remember the program does not cover everyone brought to the U.S. as a child. All of the following qualifications had to have been met in order to get DACA:

Young immigrants working under DACA have paid into the Social Security and Medicare systems for the last five years.

According to a report by the liberal think-tank Center For American Progress, the loss of DACA workers could mean the loss of billions in economic output, cutting contributions to Medicare and Social Security by $24 billion over a decade.

Out of the almost 800,000 DACA recipients, 223,000 are in California and 121,000 are in Texas, according to Pew Research. Since the program started, 78 percent of approved applications have come from young Mexican immigrants.

Featured Image: Demonstrators gather on Pennsylvania Avenue during a demonstration in response to the Trump Administration’s announcement that it would end the Deferred Action for Childhood Arrivals (DACA) program on September 5, 2017 in Washington, DC. (Photo by Zach Gibson/Getty Images)

View all of Dismantling DACA