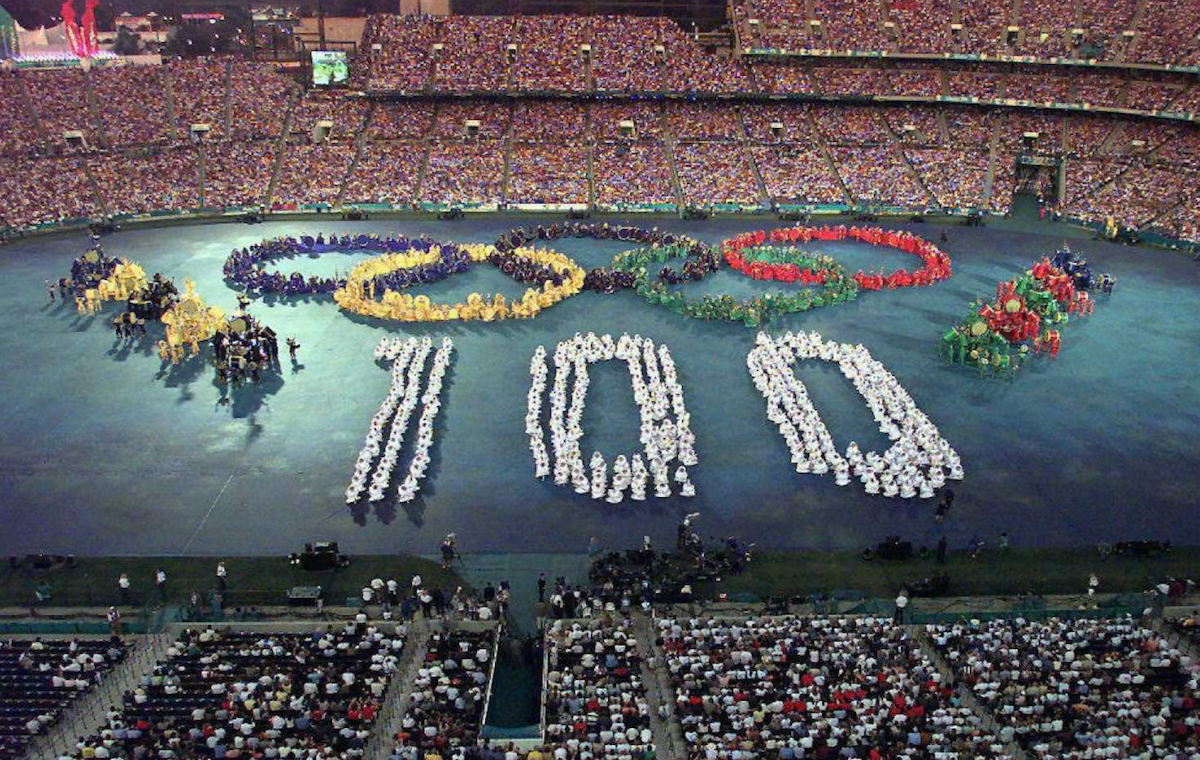 Today, Atlanta is a cultural hub—a center for music, movies and TV shows. But that wasn’t always the case.

Almost three decades ago, the mayor of Atlanta, Andrew Young, wanted to give his city a rebranding. After coming into the national spotlight during the Civil Rights Movement, the image of tense race relations in Atlanta was hard to shake.

But for Mayor Young, nothing represented racial equality and harmony like the Olympics.

“The way my father explained the white supremacy and Nazism to me was to take me to the movie news to see Jesse Owens in the 1936 Olympics,” said Mayor Young, in an interview with Georgia Public Broadcasting in 2016. “I was four years old and he said, ‘You see you don’t get angry and upset with white supremacists. It’s a sickness and you don’t get mad with sick people. You find a way to not let them make you sick but you find a way to rise above the sickness.'”

Young watched Jesse Owens win the Olympic gold in front of Hitler and his troops, causing Hitler to storm off, and from that moment, the Olympics for me became a symbol of racial progress.

Under Mayor Young’s guidance, Atlanta submitted a bid to host the 1996 Centennial Olympics—and won. Next, the city underwent years of construction and preparation for the international debut.

But three months away from the start of the games, Atlanta was far from ready.

“With the Centennial Olympic Games this summer a mere 90 days away, the hospitable but anxious first city of the South is like a frazzled hostess scrambling to set the table minutes before the Sunday company arrives,” wrote the Washington Post’s William Booth. The city lacked sufficient construction workers to finish the job.

The Mexican consul, Teodoro Maus, recalls getting a phone call from Immigration and Naturalization Services, saying that INS wouldn’t be enforcing immigration regulations before the games, an under-the-table wink and nod to begin spreading the word to recruit Mexican labor.

Soon, Atlantans saw buses and buses of Mexican families coming to the city—some documented and some undocumented. The wave of immigration changed the demographics of Atlanta, but not everyone was pleased.

Sam Zamarripa, Georgia’s first Latino state senator, said he had a conversation with the then-governor of Georgia, Sonny Perdue.

“He said, ‘I want to tell you something. People are… beginning to see these Mexican workers in Wal-Mart’,” said Zamarripa. The governor hinted that Atlantans didn’t want to see Mexicans in their town, no matter how important to the Olympics they might be.

Even though Mexican immigrants came to bail Atlanta out of a jam, and help the city achieve its dreams of rebranding itself as an international city that has achieved racial harmony, they weren’t welcomed as part of the social fabric of Atlanta. But two decades after the Centennial Olympic Games, the Latino population has stayed, and continues to grow and contribute to the city.