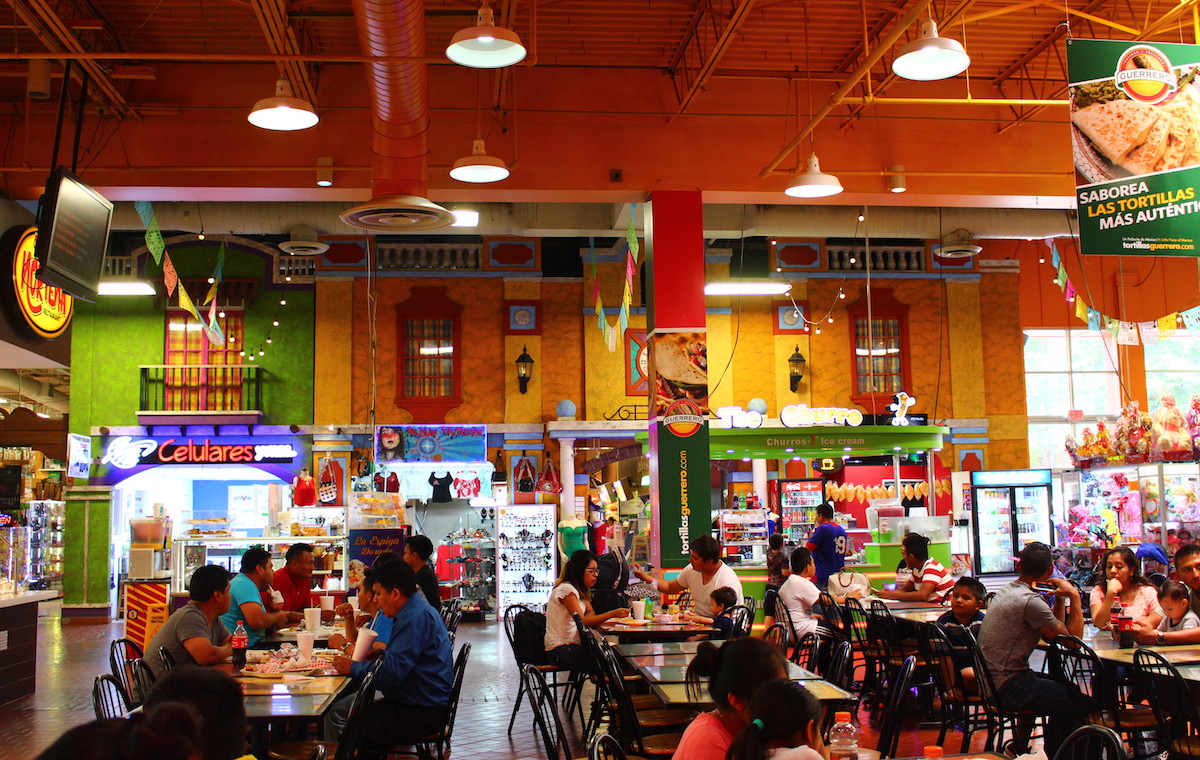 During the 1996 Olympic games in Atlanta, thousands of Mexican workers were brought in to help build up the city for the games. When the games were over, the workers stayed and created the basis of a thriving Latino community in the city today.

While Maria Hinojosa and Latino USA producers were on their roadtrip through the south, they took a stop just northeast of Downtown Atlanta in a city called Chamblee, Georgia, at a magical place known as Plaza Fiesta.

Plaza Fiesta is a combination American-style strip-mall and Mexican market, where you can get all the Mexican staples from authentic tacos to quinceañera dresses. But beyond that, Plaza Fiesta in unique in that it provides a safe haven for Latino Georgians, particularly those who are undocumented.

From 2008 to 2011, Georgia passed a series of laws targeting undocumented immigrants that created a hostile environment for the growing community, who feared getting detained and deported. While the rest of DeKalb county experienced a decline in the Latino population —in part because of these laws— Chamblee’s population didn’t budge. Half of Chamblee’s 28,000 residents are still Latino.

For many of them, Plaza Fiesta became a kind of sanctuary where they were safe from law enforcement. That’s according to Carlos Chavez, who owns 4 different restaurants and has been in Plaza Fiesta for 15 years.

“We’ve got a good relationship with the police officers. They don’t pull you over. They don’t ask you for papers. They actually watch your back…. Nobody’s going to touch you. So you feel like, OK, this is safe for my family. For me and my kids to be here. So nobody actually, so far in 15 years that I’ve been at Plaza Fiesta there’s never been a roadblock,” says Chavez.

Latino culture in Metro Atlanta continued to flourish with Plaza Fiesta as its base. “If you don’t come into Plaza Fiesta, you’ve never been to Atlanta,” says Chavez.