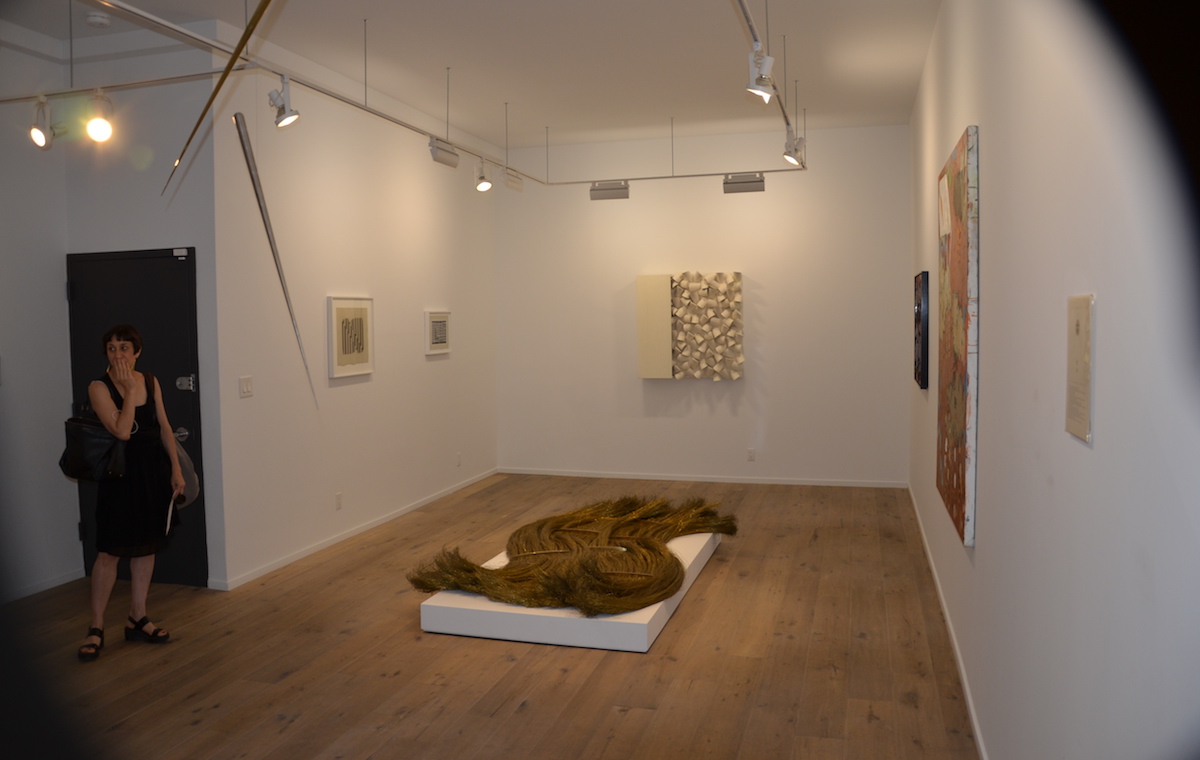 The Brazilian-owned gallery, Galeria Nara Roesler, is one of the galleries participating in proyectosLA. (Jared Wofford/Latino USA)

“This is really, for me, a before and after for Latin American art in Los Angeles,” Teresa Iturralde, founder of proyectosLA, told Latino USA.

Taking advantage of this moment in which Latin American art will be center stage in the city, Iturralde and her co-founders decided to organize proyectosLA, an exhibition that will feature modern and contemporary works from 20 influential Latin American galleries. Iturralde said that in order for PST LA/LA to have a lasting impact, there needs to be a strong commercial program, where art enthusiasts have the chance to purchase art.

“This is going to be an amazing four months of Latin American art in Los Angeles and then what? How do we change people’s minds?” said Iturralde. “How do we have a collector that has spent all this time looking at contemporary artists, but only a few Latin American artists that you see everywhere? How do they really get to immerse themselves without traveling all across Latin America?”

Iturralde said that PST LA/LA and proyectosLA are opportunities for both collectors and art enthusiasts in the United States to better understand the history and importance of Latin American art.

“It’s for Latin American artists to be taken in the same context. To be put side by side,” said Iturralde.

One gallery whose work will be featured in proyectosLA is Cecilia de Torres, Ltd. The gallery features artists from Argentina and Spain, and one of their most prominent is Joaquín Torres-García, the Uruguayan artist and theorist who invented Universal Constructivism—which drew from symbols from ancient civilizations including the Aztecs and Incas.

“What is important about having these kinds of exhibitions is not seeing how different we are, but how similar we are,” said de Torres. “How countries in Latin America have gone through the same kind of process in the avant-garde and modern periods, which in a way was how to find your identity separate of Europe. Which was a big deal in the United States and was a big deal in Latin America.”

“It excites me a lot that I’m going to be in another city also in the U.S. that has a very vibrant scene,” said Jurado. “There are a lot of Latino artists—their parents are from Latin America, but they were born in L.A. For me, it’s also exciting to see new artists that I’m not familiar with.”

ProyectosLA is taking place in downtown Los Angeles and running until October 28.