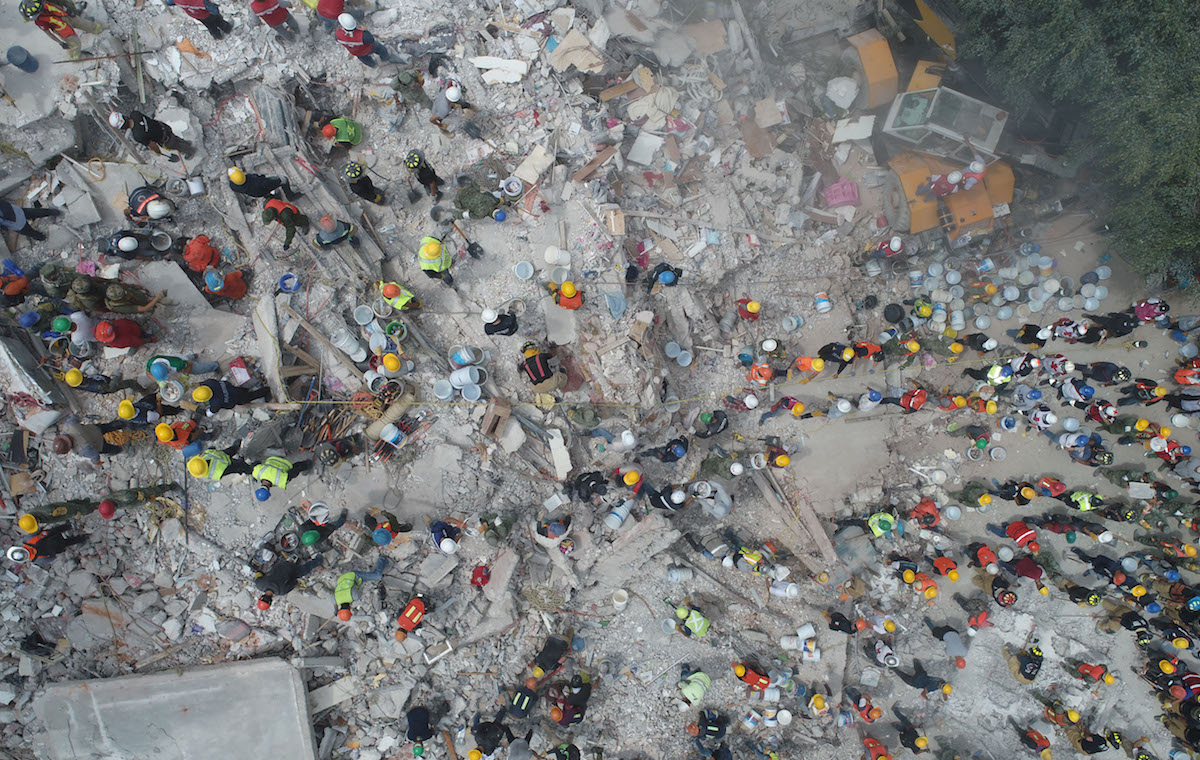 Mexico and Puerto Rico are still in shock after being hit by devastating natural disasters earlier this week.

On Tuesday, a 7.1-magnitude earthquake struck central Mexico, killing at least 250 people and toppling buildings in and around Mexico City. Days later, rescuers are continuing their efforts to dig out victims trapped under the rubble.

The quake struck just 11 days after an even larger earthquake in Chiapas killed 100 people and destroyed 45,000 homes. It also coincided with the 32nd anniversary of the 1985 Mexico City earthquake, which killed a staggering 10,000 people.

Puerto Rico, meanwhile, weathered its second hurricane in as many weeks on Wednesday. Hurricane Maria, which Puerto Rico’s governor described as “the most devastating storm in a century,” killed at least ten people, and left more than 12,000 people in shelters, as of publication.

It’s also crippled the island’s entire power grid, along with its telecommunication network. Local leaders are saying it could take months before electricity is restored.

While officials are still assessing the damage in both places, several organizations have already swooped in to help with disaster relief. As Hurricane Harvey revealed, it isn’t always a good idea to donate blindly—even to supposedly reputable groups like the Red Cross—so we’ve done the legwork to hunt down a few groups with a track record for being trustworthy and effective.

The following organizations have received four-star ratings from Charity Navigator, a watchdog organization that vets charitable organizations. Most of these groups also allow you to a specific disaster relief cause, and offer their forms in English.

Direct Relief: This humanitarian aid organization has staff in Mexico City and is helping facilitate the delivery of medical supplies.

GlobalGiving: This crowdfunding organization offers immediate relief to survivors in the form of food, shelter, water and medicine. It also works on longer-term rebuilding projects.

Operation USA: Another group that delivers medicine and medical supplies.

Topos: Professional, non-profit rescue group that was formed after the 1985 earthquake. Its members are currently mobilizing to find survivors. You can send them money through PayPal at donativos@brigada-rescate-topos-org.

Click here for a list of organizations accepting donations in Spanish. (As a reminder, donations to groups that aren’t American won’t be tax-deductible.)

ConPRmetidos: This real-time recovery fund is a crowdfunding vehicle to support the island’s recovery. 100% of the funds will be used for relief efforts and materials. The funds will be allocated towards long-term relief, meaning towards rebuilding houses according to safety codes or giving energy generators for common areas in disconnected communities.

Hurricane Maria Community Relief & Recovery Fund: This fund is governed by organizations like Puerto Rico-based Taller Salud and other local, grassroots organizations and will support organizations working with these hardest hit communities in Puerto Rico.

All Hands Volunteers: This volunteer-powered relief group works with local communities in the aftermath of disasters to clean up and rebuilt.

United for Puerto Rico: This newly formed group is being spearheaded by Puerto Rico’s First Lady.

And here’s a list of groups offering help, in both English and Spanish.