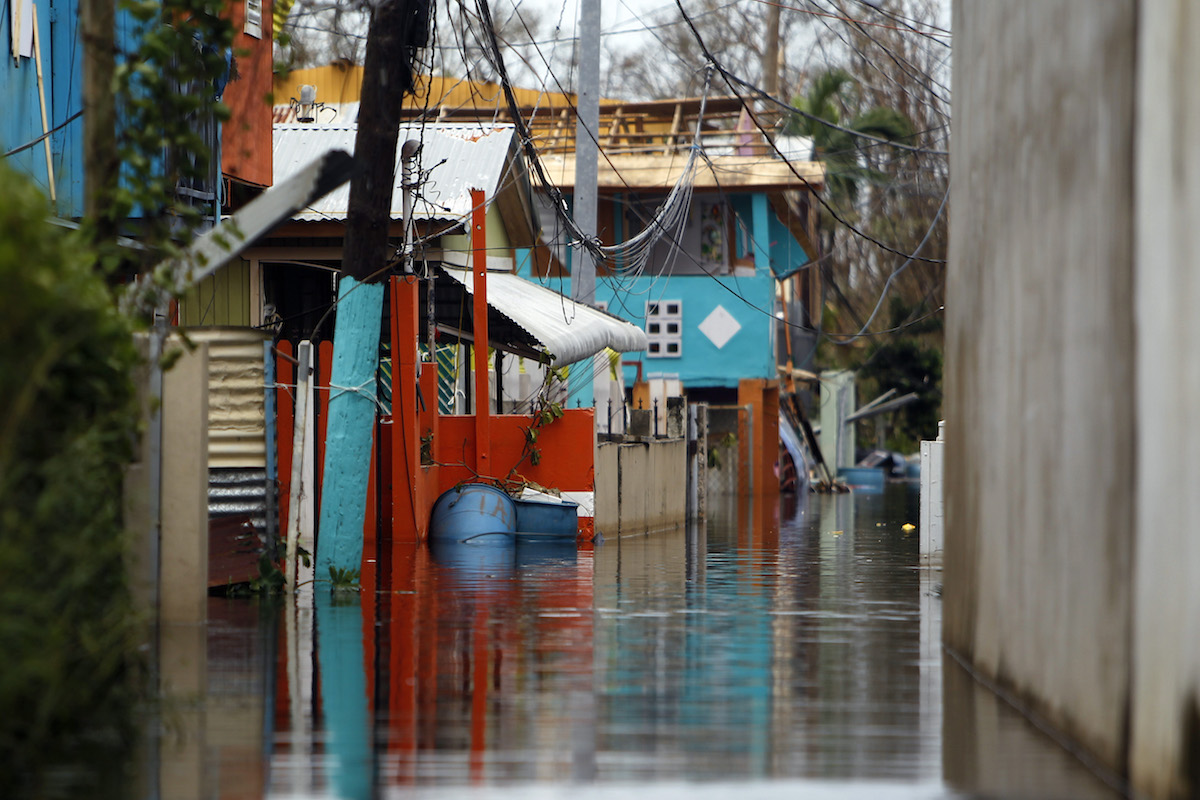 Partially flooded houses are seen in the aftermath of Hurricane Maria in Cataño, Puerto Rico, on September 22, 2017 (RICARDO ARDUENGO/AFP/Getty Images)

“What Puerto Rico is experiencing after Hurricane Maria is an unprecedented disaster,” Rosselló said in a press statement. “The devastation is vast. Our infrastructure and energy distribution systems suffered great damages. We are collaborating with the federal government in emergency response and have received a tremendous outpour of solidarity from people all over the nation.”

“But make no mistake—this is a humanitarian disaster involving 3.4 million U.S. citizens”, Rosselló continued. “We will need the full support of the U.S. government. People cannot forget we are U.S. citizens—and proud of it. So much so that in the aftermath of Hurricane Irma, which also hit Puerto Rico, we conducted emergency rescue operations to save thousands of U.S. citizens in the Caribbean islands that were devastated by that storm. Given Puerto Rico’s fragile economic recovery prior to the storms, we ask the Trump Administration and U.S. Congress to take swift action to help Puerto Rico rebuild.”

“Our focus is still continuing to be on the life-saving efforts in the immediate disaster response efforts, which are still currently underway,” Huckabee Sanders said at one point. “And those funds have been secured and are available, and once we have a greater insight into the full assessment of damage, then we’ll be able to determine what additional funds are needed, but we’re still in that kind of fact-finding process on that piece of it.”

According to the Puerto Rican officials, the damage from Hurricane Maria has been described as “apocalyptic,” leading to 10 official deaths, loss of power and communications, and widespread damage. As the storm hit Puerto Rico, President Trump declared Puerto Rico and the United States Virgin Islands as disaster areas, although so far there has been no specific action of a federal relief fund for Congress to consider and approve.