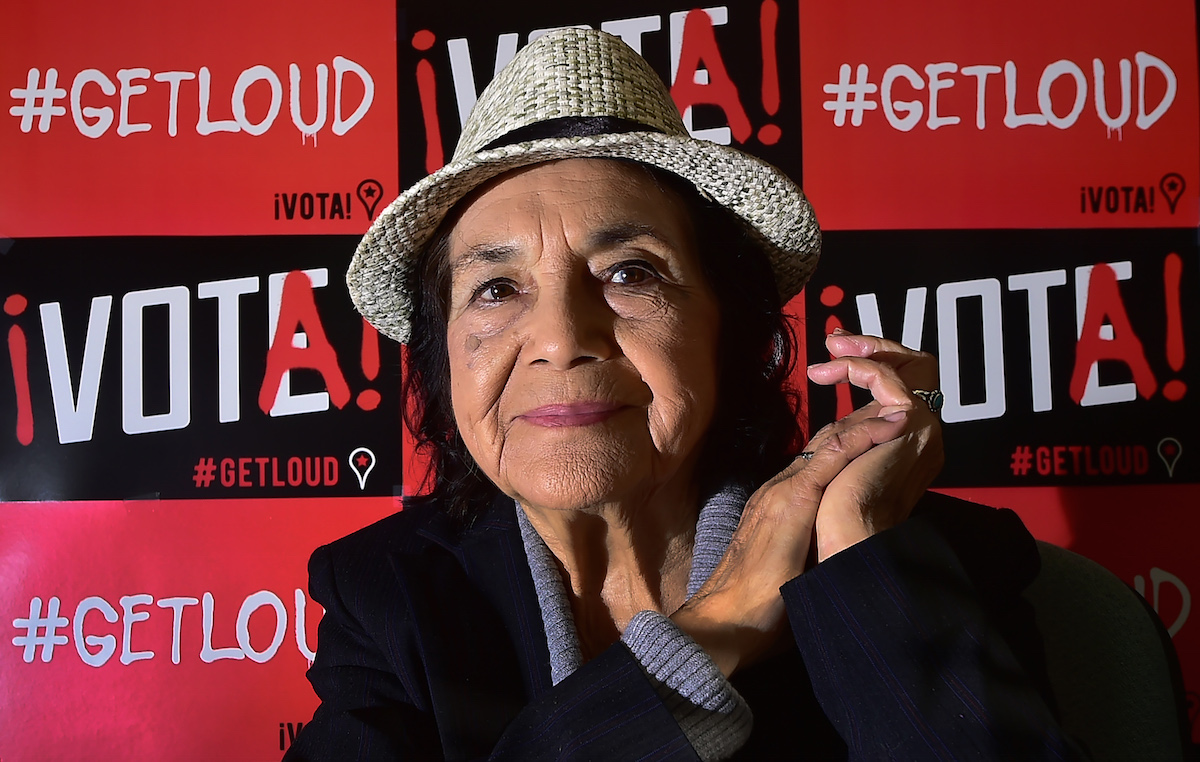 Dolores Huerta is a legendary civil rights activist and labor organizer who helped found the United Farm Workers movement, along with Cesar Chavez, in 1962. She coined the phrase, “Sí se puede”—and at 87 years old her story is being told in a feature-length documentary called “Dolores.”

Huerta, along with director Peter Bratt, talks about her personal life and how she has been fighting to get the Latino Electorate engaged with democracy for decades.

After some say she has been written out of history, with so much attention on Chavez, Dolores’ good friend Carlos Santana swept in to produce this documentary to highlight her importance in the movement.