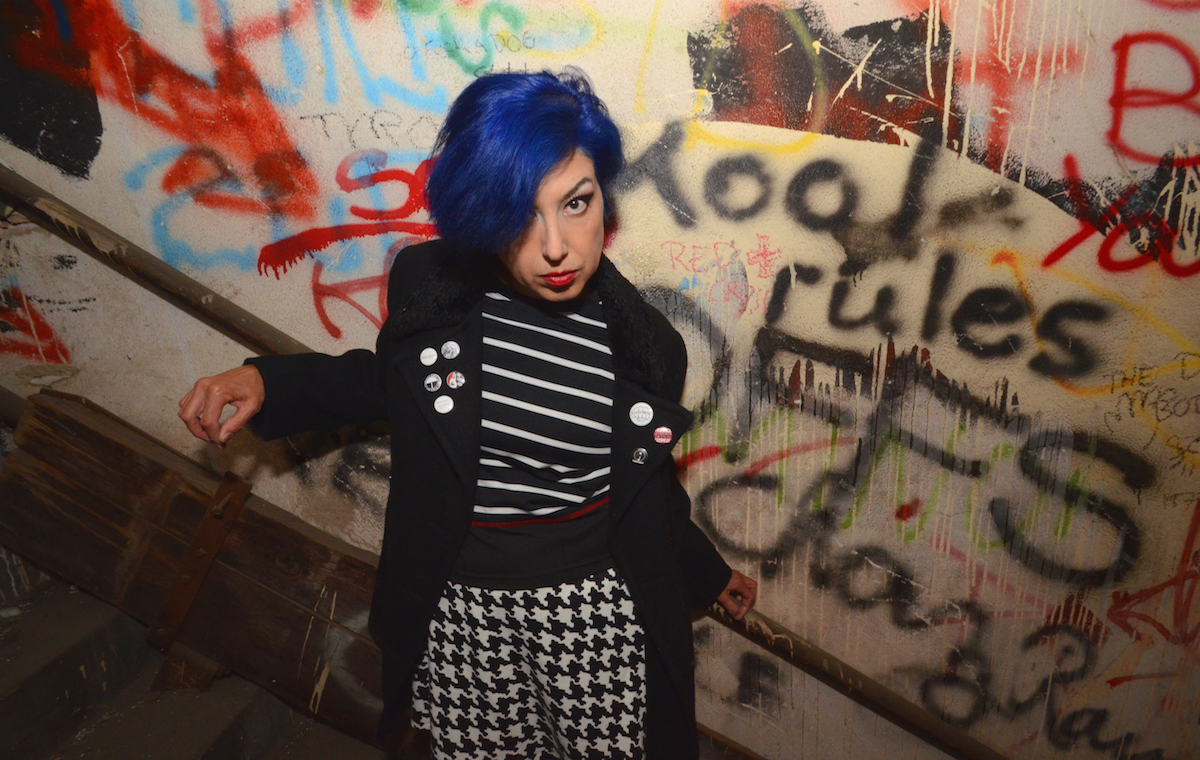 Though Kathleen Hanna is often thought of as the unprecedented female punk rocker, in the 1970s Alice Bag was refashioning the riotous genre with ballsy feminine power.

At that time stadium rockers such as Led Zeppelin and soft rock divas like Olivia Newton John ruled the airwaves so the only way to get into the rock ‘n’ roll scene was to become a groupie.

Born Alicia Armendariz, this East L.A. Chicana went from being a chubby misfit in a Mexican-American neighborhood to a trailblazing riot grrrl—some would say one of the original riot grrrls.

Alice fueled Hollywood’s punk rock explosion along with her band The Bags. This was a time when Hollywood was a no-holds-barred punk heaven, and a Chicana like Alicia could fit in because people were accepted no matter their gender, race, sexuality or class.

“There was an urgency to be a part of this while it was exciting, electric, as it was just being born” she said, calling it a utopian space.

Donning pink dresses and heavy chola makeup, her feminine get-up yet frenzied onstage theatrics contradicted the expectations of how a woman artist “should” perform.

“Alice would go on stage and then all four of them (in the band) would just start, and she would turn her energy up and this frenzy would begin and the audience would get sucked into it and it was electrifying,” said Louis Jacinto, a photographer who documented the early Hollywood punk milieu.

This wild aggression and female power was Alice Bag’s unique contribution to punk rock in L.A. She was an unflinching woman raising hell at the time punk poster boys Sid Vicious or Iggy Pop were doing the same.

As one of the original riot grrrls, she oftentimes doesn’t get the credit she’s due but her legacy is that of the first Latina punk pioneers in America.