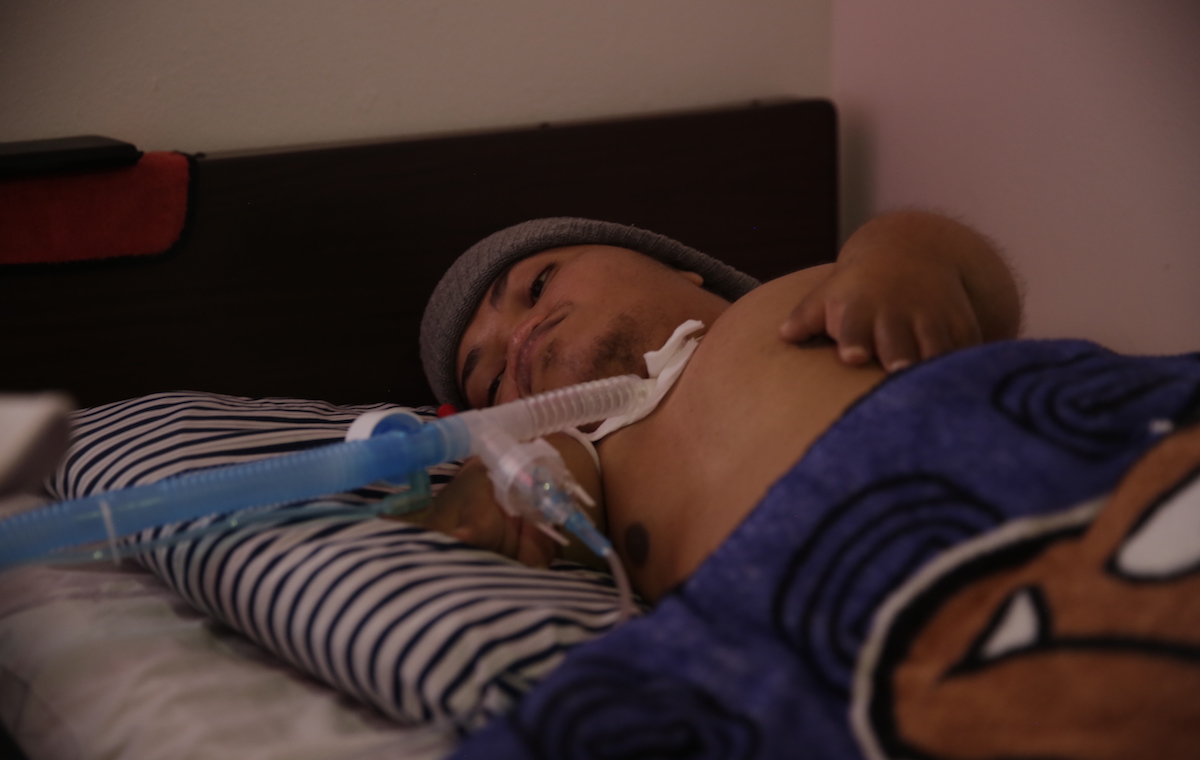 Twenty-three-year-old Marcos Aponte has diastrophic dysplasia, a deformative disease that has not only stunted his growth but also made him dependent on a ventilator to breathe. Without electricity, Aponte can’t live. And so when his hometown of Aibonito, in the interior, was hit by Hurricane Maria, he and his mother set out to find electricity. After the generator at the local shelter failed, Aponte found himself in the parking lot of a hospital with an extension cord, trying to find a place to plug in.

Nancy Mejías, an Aibonito resident and owner of a local nursing home, heard about Aponte’s situation and immediately offered to help. Non-seniors are not allowed to stay in nursing homes without a special permit, but considering the circumstances Mejías says she doesn’t care—Aponte’s life is more valuable than some rule.

According to Aponte’s mother, Iveliss Candelario, many government officials and agencies have promised him a generator so that he can return home. But weeks after the hurricane, he has yet to receive one. Another Aibonito resident, María Inés Rosario, heard about his situation and was able to help raise $500 to buy a generator. But she struggled to find a way to get the generator to Aibonito, isolated by damaged roads.

Today, Aponte is fortunate that he has access to electricity and has found a space in Hogar Dulce Vida, Nancy’s nursing home. But he is anxious to find a permanent electricity source to keep him alive.