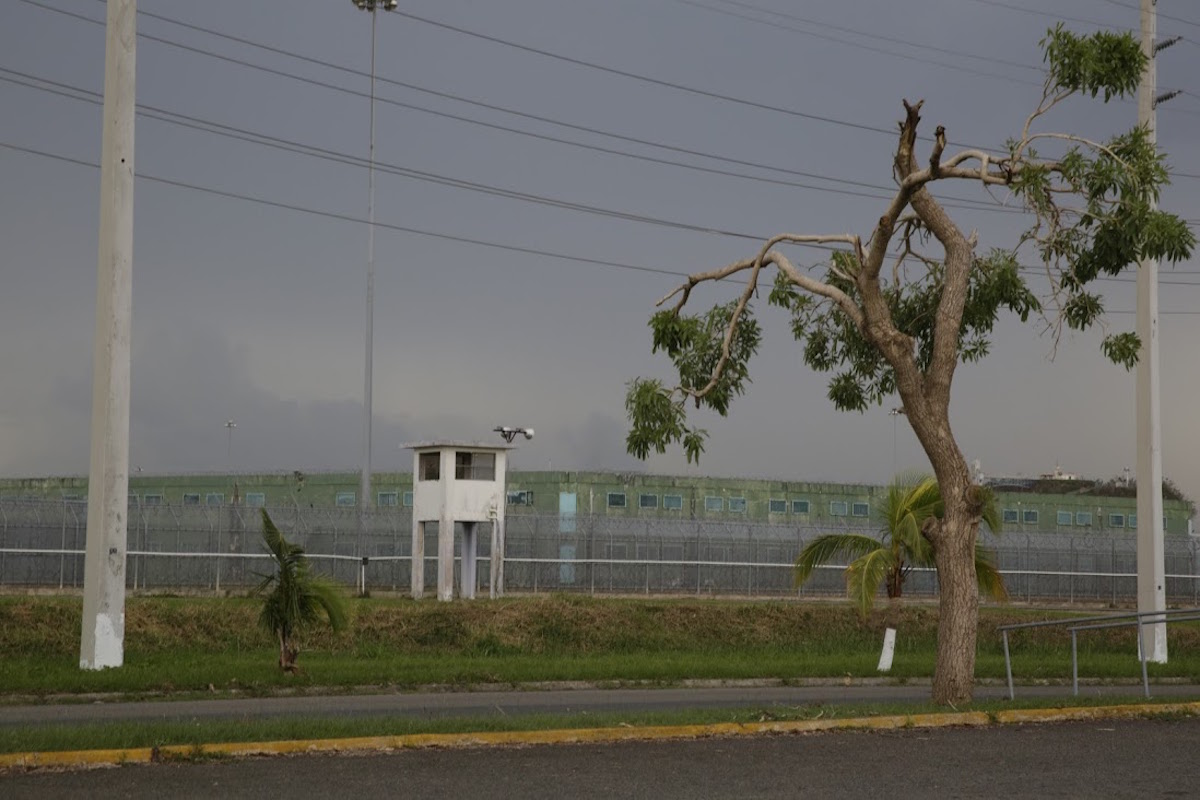 This story was published in collaboration with Latino USA.

In a natural disaster, few people are as powerless to help themselves as people locked away in prison. They are completely at the mercy of guards and administrators, who have to balance the safety of the inmates against the public safety risk of freeing dangerous people.

In less than a month, three different prison systems were struck when devastating hurricanes made landfall in Texas, Florida, and Puerto Rico this summer. Although officials from corrections departments in all three areas say things went smoothly, accounts from inmates and their families suggest otherwise, with reports of flooding, at least one mass escape, food and water shortages, unhygienic conditions, and a lack of reliable communication.

As The Marshall Project reported last month, several prisons in Puerto Rico are located near areas at high risk for flooding, adding a layer of worry for families who are already struggling to stay in touch with loved ones on an island that more than a month after the storm still has restored only 18.5 percent of its power and less than two-thirds of its cellular phone service.

In fact, all three hurricanes hit regions that have built prisons in or near potential flood zones—dozens each in Florida and Southern Texas. While officials dismiss accounts from inmates that cells flooded as a result of the storms, a comparison of prison locations with data from the Dartmouth Flood Observatory shows that the areas surrounding several facilities did in fact flood. Weeks after Hurricane Maria hit Puerto Rico in late September, Latino USA, NPR’s weekly Latino news and cultural radio program, went to the island to see how prisons were affected by the storm. The prisons, like the rest of the island, lost much of their electrical power even with backups. “The generators were not designed to run full-time at full load. So as with any machine, it’s bound to fail,” said Manuel Quilinchini, CEO of Correctional Health Services, the medical provider for Puerto Rican prisons. Still, in an interview Quilinchini commended the island territory’s Department of Corrections for being “very efficient in bringing those generators back.”

In other respects, the system seemed less prepared. After the hurricane there were several prison escapes. Thirteen prisoners were on the run from the Bayamón complex near San Juan, which can house over 3,500 prisoners and is the second biggest prison facility on the island. In an interview with Puerto Rico’s largest daily newspaper, El Nuevo Día, Department of Corrections Secretary Erik Rolón Suárez said that the loss of power could have contributed to the escapes. In Aguadilla on the western part of the island, seven more prisoners escaped. All but two of the escapees are back in custody, but the Aguadilla escape remains under investigation. “There were not supposed to be any inmates there at the time,” Suárez said in an interview. He had given instructions for prisoners to be moved from the building.

Once prison visits were reinstated a few weeks after the hurricane, reports of more dire conditions emerged. Latino USA spoke to a man waiting outside the prison in Guayama, an area located on the hard-hit southern coast of the island. He was there to see his son who told him that during the hurricane everyone was moved from the first floor to the second due to flooding, and they were forced to bunk five or six to a cell. “They had to move them up or they were going to drown,” said the father, who did not want to give his name for fear of repercussions against his son. The corrections secretary said he would be “very surprised” if flooding caused such a move.

Two other parents standing outside the Guayama prison also claimed that their sons were being given cold meals. “He told me it was bread, bread, and more bread. Every day,” said a woman waiting to see her son.

Official accounts in Texas also conflicted with reports of problems in the prisons after Hurricane Harvey. Texas Department of Criminal Justice spokesman Jason Clark said that there was no flooding of any populated areas of the state’s prison facilities, and that a continuous supply of food, water, medicine and medical care was available throughout the storm and after. But according to several media reports and a complaint filed by the National Lawyer’s Guild, some inmates found themselves up to their knees in water overflowing from toilets and contaminated with waste, and did not have access to adequate food and water supplies. “The allegations are baseless. I toured those facilities during the storm,” Clark told The Marshall Project.

Melissa Surette, who has studied prisons and emergency preparedness as a researcher at Northeastern University, has documented a history of correctional facilities being hit hard by disasters. She points out that while the National Institute for Corrections has published guidelines outlining suggested procedures, many prison officials are not aware that they exist. It is largely up to each state corrections department or, in some places, individual facilities whether and how to prepare for natural disasters. “Money needs to be made available for facilities to exercise, to train, to plan,” says Surette. “Having these plans in place serves in protecting the public, and also serves in protecting the staff.”

In the three recently hit areas in particular, emergency planning is designed and overseen in different ways. Puerto Rico, which carried out roughly 1,000 relocations during the storm, bases its plan on guidelines from the Department of Homeland Security with help from the island’s emergency preparedness and disaster management agency. (The federal Bureau of Prisons moved roughly 1,300 of the inmates in its one prison there to facilities off the island.) The Texas Department of Criminal Justice, on the other hand, determines emergency procedures for its hundred-odd facilities on its own without standards set by state or local governments, and evacuated about 6,000 people due to Hurricane Harvey.

In Florida, where the emergency plan is based on a directive from the state legislature, more than 12,000 prisoners were moved out of Hurricane Irma’s destructive path in one of the largest evacuations in the state’s history. One institution in Northeast Florida experienced some minor flooding, but the area was not occupied by any inmates or staff at the time, according to the Florida Department of Corrections.

After the storm, Florida sent prisoners to clear debris on roads to aid in the state’s recovery. The same is being done in Puerto Rico, where as many as 140 prisoners have volunteered to be part of the cleanup effort.

An earlier version of this story misspelled the last name of Texas Department of Criminal Justice spokesman Jason Clark.