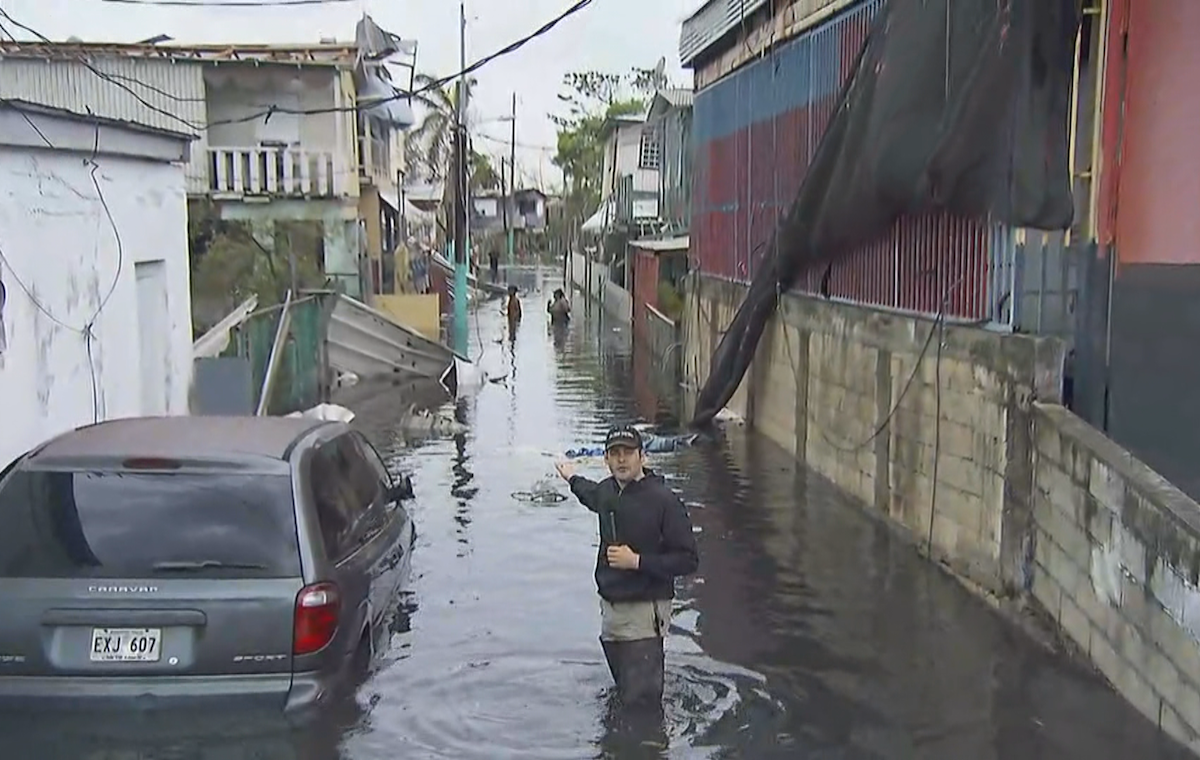 After covering Hurricanes Harvey and Irma, veteran CBS News reporter David Begnaud flew to Puerto Rico before Maria made landfall. After the power went out across the island, the Louisiana native found himself playing an important role in the storm’s aftermath. Thousands of Puerto Ricans on the mainland —and even Governor Rosselló himself— turned to Begnaud’s Twitter and Facebook feeds for breaking news and updates, following the reporter from San Juan to Aguadilla and back. Begnaud became an internet sensation almost overnight. As he traveled around the island, images of him as “Saint David of Begnaud” quickly circulated.

When he returned to the mainland to regroup, Maria Hinojosa interviewed Begnaud about becoming an honorary Puerto Rican—and how social media can become a lifeline in a time of crisis.