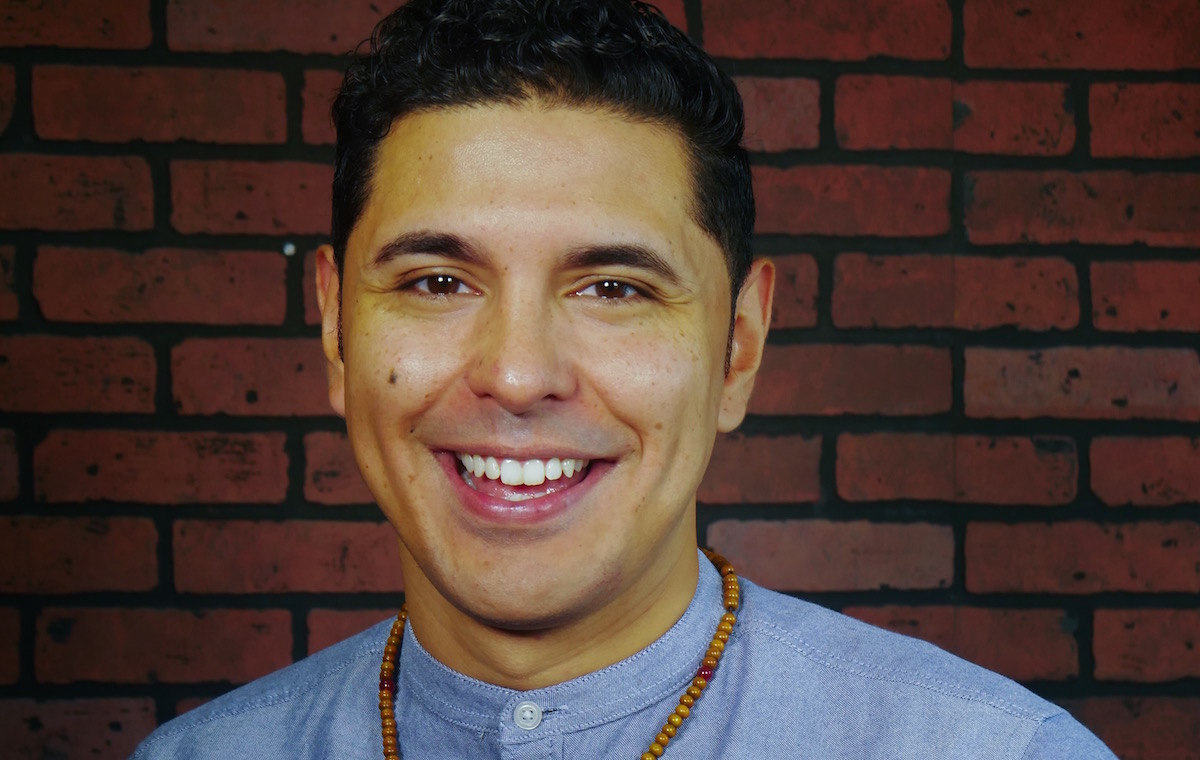 In a video where he’s sitting in front of a brick wall sporting a backwards fitted cap and a colorful sleeveless top, Adam Levine-Peres describes what we’re about to watch. Most of his videos begin with a fun line introducing the topic, and for this one he takes on a more serious tone and shares that this video will be about mental health, a topic that wasn’t openly discussed within his Puerto Rican Bronx home.

“I’m openly saying this now to share that this isn’t only a white people thing…and I’m just happy to say that out loud,” he shares with his viewers.

Levine-Peres is the creator of Project Bronx, a platform with dozens of videos telling the story of people in the borough. An educator raised mainly in the South Bronx, he says that he is now also sharing his own story in order to uplift Latino and Black boys growing up in his community.

“My motivation for what I do, still is the youth, still is the community, still is people like me, little Latino Black kids that grow up in certain environments and are trying to make it within those means,” he tells Latino USA over the phone. “Maybe they feel alone, maybe they feel like no understands what they’re going through.”

The video has now amassed over 10 thousand views, and is part of a new series called “Journey.” Levine-Peres recently quit his job as a teacher for the NYC Department of Education to focus on creating more content. He says he didn’t leave the job because of his students, but because he was finding it difficult to work within the educational system. However, he continues to take the lessons from the classroom to the internet where the youth is still active. The “Journey” videos are specifically modeled after a class activity he held where students would write their experiences on a particular topic on a piece of paper, often times anonymously, and share it with others.

“We had a class called advisory where we would just share stories and give advice and talk to one another. And I really modeled these “Journey” videos about myself now, kind of speaking about my experiences, in the vein of these advisory class,” he says.

The students would often cry during this activity, as they shared empowering stories that allowed them to not feel alone. Through Project Bronx, Levine-Peres is passionate about continuing to connect with others and use this platform as a way to do so away from the classroom.

With this particular video blog, he is breaking the mold of past videos by speaking about his own journey and sharing personal details of his life that many of his followers and those just discovering him are finding empowering. Testimony has historically been a tool of resistance and empowerment, specifically for historically oppressed communities. In Latin America, testimony as a literary genre gained importance during the ’60s, when revolutionary movements were taking place. One example of a literary testimony is the 1983 book, I, Rigoberta Menchú, where a Guatemalan activist recounts the political terror of a 36-year civil war that was plaguing the country at the time. This past week, the importance of testimony also became evident with the hashtag #MeToo created by Tarana Burke, where women came out as victims of sexual harassment.

The reality is that the Bronx has been historically oppressed, despite being a cultural center. For example, it is described as a food desert where it is difficult for locals to find healthy food that is accessible and affordable. Levine-Peres speaks of this in two of his videos, one filmed earlier this year where he speaks about why it is so difficult to find healthy food in the Bronx, but also another one where he tells his own story about his relationship with food and how difficult it has been to eat healthy when growing up in the South Bronx.

Levine-Peres’ testimony video blogs also prove to be important for his male followers living in a society where men are discouraged from sharing personal details or anything that would shed the tough exterior that might challenge pre-conceived notions of masculinity. For the “Journey” videos, Adam says that one would assume his audience is mostly women because they are the ones leaving most of the comments, and yet, many men have messaged him—except they do so privately.

“In messages on Facebook, Twitter… they were overwhelmingly from guys and it was very short, you know in a very guy-vernacular, mostly heterosexual cisgender dude like “’that’s deep,’ but for guys, that’s a lot, for some of these guys I know personally, that’s a lot,” says Levine-Peres.

For him, this was powerful because it was the audience he was targeting.

His videos range from man on the street videos in his beginnings, to informational videos, commentary, and now a growing number of “Journey” videos. And throughout the videos, his focus continues to be the community. He says that much like a classroom “project,” Project Bronx is ever growing.

“I can never speak for everyone and I think often times when folks become vloggers or do things like speak on topics, then all of a sudden people are like ‘well you’re the authority on this topic.’ I think I try to be very clear or be clearer in the future that I’m not the sole authority on a topic. I have an opinion. I have a strong opinion,” he says.

Moving forward, he wants Project Bronx videos to take on an even more active role, and create videos that are a call-to-action. As a Puerto Rican, Levine-Peres’ father and other members of his family were directly affected by Hurricane Maria, so in his next video he hopes to focus on that.

“Honestly I really didn’t want to make this video, because it’s so personal to me,” he says. “But even after a month, Puerto Rico is still devastated by Maria and our people in the diaspora are still desperate to help, but our focus has to shift from donations to call-to-actions.”