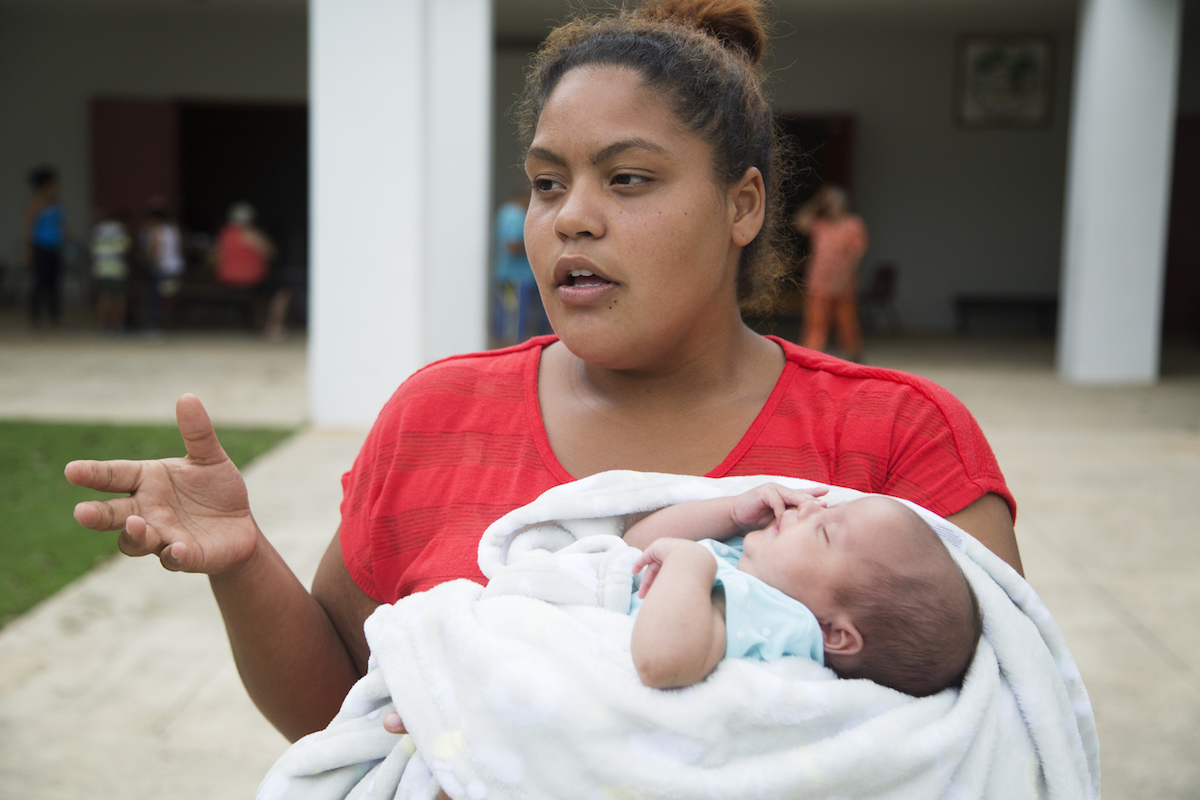 Made homeless Hurricane Maria, a young mother and her two-month-old baby now live at the local school that’s been turned into a shelter in Comerío, Puerto Rico (Fabián Caballero/Latino USA)

More than a month has passed since Hurricane Maria’s initial landfall in Puerto Rico, but only around 26% of the island’s power grid was generating energy as of October 25.

As residents grapple with the immediate damage, it’s worth asking what the health effects will be over the long term. How do we identify those most vulnerable, and, with limited resources, tailor public health interventions?

I have studied various disasters’ effects on health, from the September 11 terrorist attack to Hurricane Sandy. Based on my studies of hurricanes and power outages, we can expect to see a number of lasting effects on Puerto Rico in the months ahead, including mental health issues.

After Hurricane Sandy, the power was out for about 12 to 14 days, with variations across the eight affected counties in New York City.

We found that Hurricane Sandy had immediate effects on certain types of mental health problems. Residents reported more emergency department visits due to anxiety and mood disorder after the hurricane, compared to the same period pre-Sandy.

According to the data we’ve collected and are still analyzing, the negative effects from Hurricane Sandy on certain mental health illnesses —such as mood disorder and substance abuse— lasted anywhere from three months to as long as one year after the disaster, depending on the county.

Why did the stress endure for so long? Hurricanes and loss of power also lead to a loss of essential services for communities—such as access to food, clean water, transportation and communication. Lasting home damage can induce anxiety and depression among the residents in the affected areas, especially for those with preexisting mental health problems.

Puerto Rico is missing these basic services, making daily life more stressful and thus more likely to cause mental suffering over the weeks and months ahead.

Mental health issues reach all demographic groups. However, some seem to be more strongly affected by power outages than others.

During the Northeast blackout in 2003, which occurred over three hot August days, women and the elderly had 19 percent and 158 percent higher risks, respectively, for respiratory hospital admission than during the nonblackout period.

Hospital admissions for respiratory diseases among high-income people significantly increased by 23 percent after the Northeast blackout. Our preliminary data also show that whites had significantly higher rates of emergency department visits than black and Hispanic individuals after Hurricane Sandy.

Why? One possible explanation is that groups of high socioeconomic status are more likely to use nebulizers, air conditioners or other electric home aids. Their dependence on this equipment could make them more susceptible to a hurricane’s effect during a power outage.

What This Means for Puerto Rico

It’s not easy to recover after an unexpected disaster.

Rebuilding the transmission and distribution network will be an enormous task. With the help of outside aid, Puerto Rico Governor Ricardo Rosselló hopes to restore electricity to half its capacity by November 15 and to 95 percent by the end of the year.

The power outage in Puerto Rico has already lasted almost four weeks, much longer than the blackout in New York City during Hurricane Sandy. We should expect to see a corresponding increase in disease—not only mental health issues, but also diseases that depend on electricity for treatment, such as renal failure, asthma and chronic obstructive pulmonary disease.

Effective responses by different levels of governmental agencies are critical after a natural disaster. Public health officials need to monitor consequent mental health cases. A medical monitoring or surveillance program to follow up with the long-term health impacts would also be beneficial to the local residents.