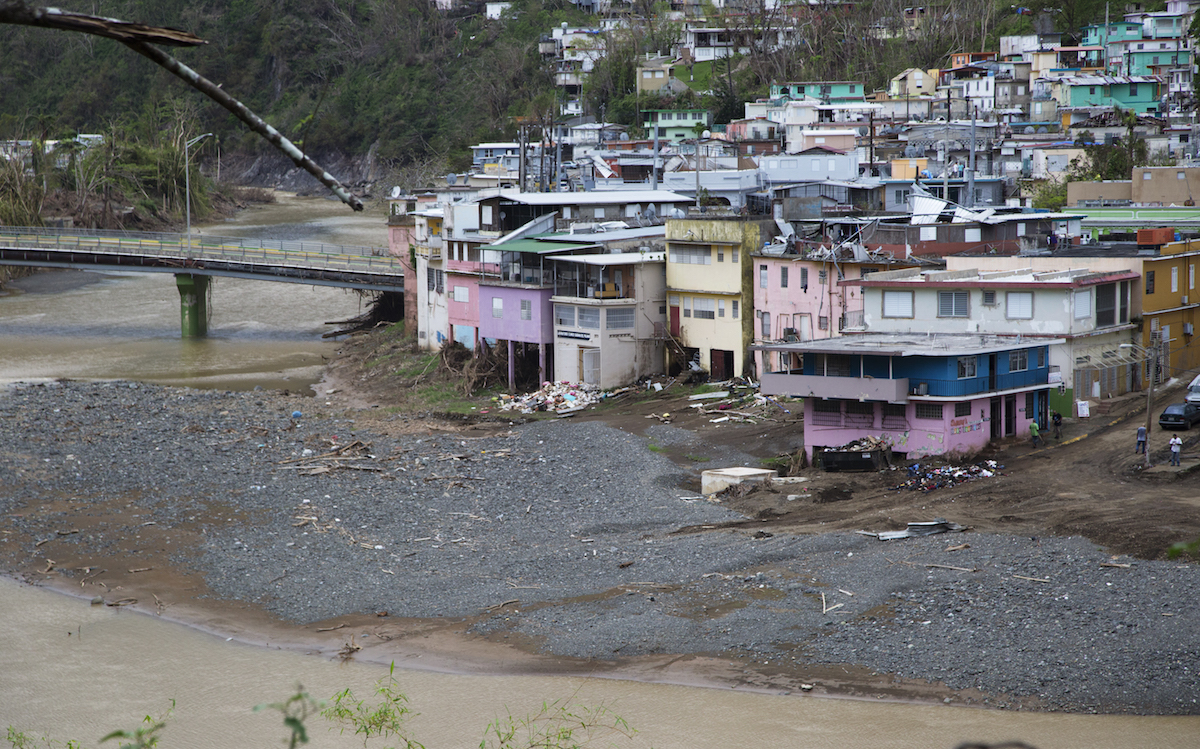 For over a month, English-speaking journalists and English-language outlets (including this one) have been consistently reporting about the power situation in Puerto Rico since Hurricane Maria struck the island on September 20, diligently using the Puerto Rican government’s own real-time reports. However, recent labeling changes to the status.pr page indicate that the reports about power in Puerto Rico never pertained at all to how many people have power post-Maria, but how much energy was being consumed on the island—raising questions about the real number of residents who still lack power.

For example, on October 2, the status.pr page showed a light bulb, the AEE (Spanish-language acronym for the Puerto Rico Electric Power Authority) logo and a percentage of 5%, indicating how much power was on the island.

13 days after #HurricaneMaria, 95% of people don't have power in #PuertoRico pic.twitter.com/aWvpwc61Si

Similar examples were captured on October 13 and October 16.

24 days after #HurricaneMaria hit Puerto Rico and 91% of people on the island have no power and 37% of people have no water. pic.twitter.com/JuPFhIKm9U

On the 29th day after #HurricaneMaria hit #PuertoRico, 85% of the island has no power and 31% has no water. #MariaPR pic.twitter.com/ALU1BnPIl2

On October 26, a different label appeared, called “AEE generation,” consistent with what the government has been telling local press—that the dashboard is measuring energy consumption only and cannot report how much of the island has power or how many people have power. It is an important distinction because larger buildings like hospitals, shopping malls and other business use more energy than single residential homes, and it would not be accurate to report that 25% of residents in Puerto Rico or a quarter of the island has power.

Status.pr this morning. FYI, 25% figure is ENERGY CONSUMPTION in #PuertoRico not customers with power, & 25% of people have no water still. pic.twitter.com/YuS0W4K5X7

This distinction was confirmed by the Governor Ricardo Rosselló’s press secretary in an email to Latino USA. In addition, Ramón Rosario, Puerto Rico’s secretary of Public Affairs and Public Policy, addressed how the status.pr numbers are being reported, but did not address why the labels changed.

“From the beginning, we have provided the number of consumption of generation,” Rosario told Latino USA. “The supply operation for PREPA has changed since the hurricane, using different feeders to reach critical customers such as hospitals and water pumping stations. In this sense, with the current PREPA measurement systems, it would be imprecise to provide a specific number of clients served, but we are working to be able to add that information once it is accurate. However, the number of consumption measures the percentage we are delivering to our customers compared to what was supplied before Hurricane Maria.”

Recent Puerto Rican government media releases haven’t been clear about the island’s electrical power status. For example, an October 23 Spanish-language release talked about “goals to re-establish electrical service” (Latino USA translation) in the headline, stating that the government was working hard to reach a goal of 30% by October 30, without specifying what the 30% goal was referring to—customers or energy consumption? Later in the release, energy consumption was reported at 18% for October 23, but the release did not indicate whether this meant actual customers, just saying that it hoped for the number to reach 21%, “based on the increased consumption of connected customers.”

UPDATE, November 3, 2017: The status.pr page has gone back to its original label for AEE. Latino USA has contacted the Puerto Rican government to explain why the label changed again. A few hours later, the label was changed back to “AEE generation.”