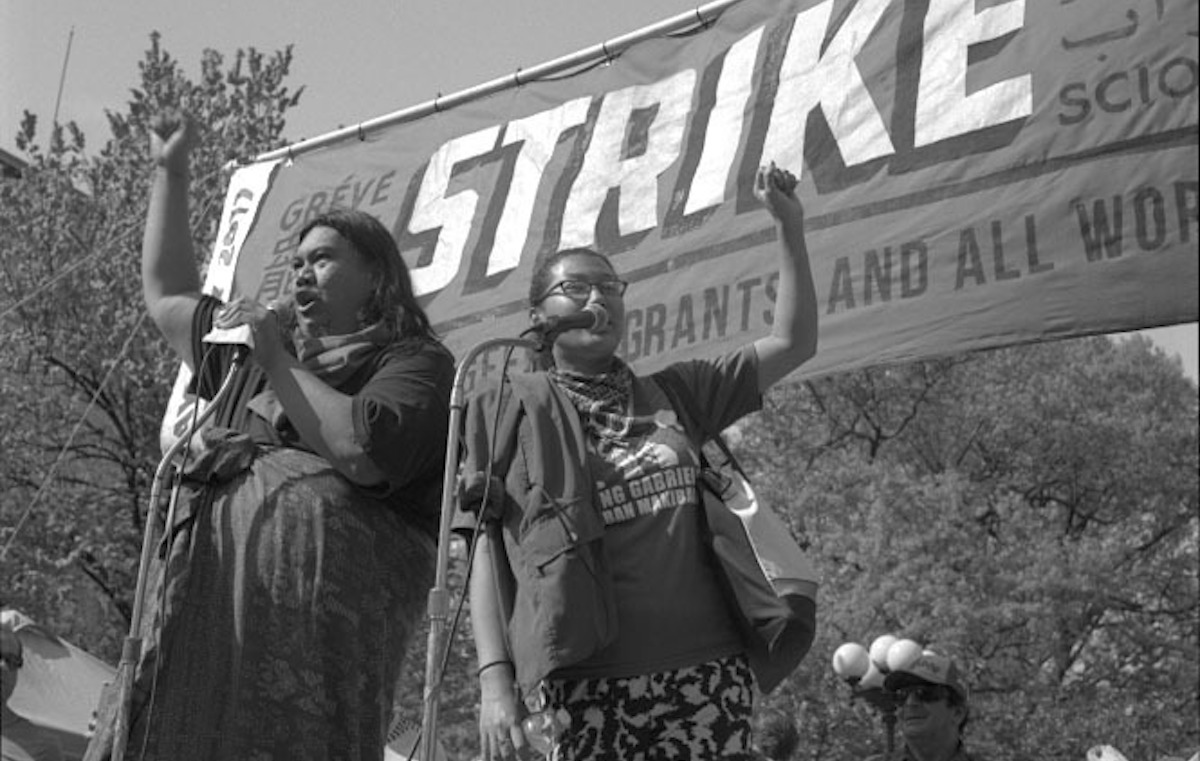 In 2017, the ability to take photos from our phones has drastically changed the photography and photo journalism world. For many reasons, that many can become citizen journalists has been for the better, especially in the fight for social justice. Nonetheless, there are photographers whose images have been capturing movements in a way in which only a set of talented eyes can. Here’s a list of some of photographers (mainly from New York, Puerto Rico and beyond) who are powerfully telling the story of community, one image at a time.

Had a nice time working at #loizafestival Heres One of my favorite moments from that day ? by @ojos_nebulosos ?#Harlem , #NY

Arianna Cuesta is an Afro-Boricua whose work captures the essence of Afro-Caribbean culture and people. She is based in Puerto Rico and has photographed protests and the current humanitarian crisis after Hurricane Maria. You can check out her images on Facebook and Instagram under Ojos Nebulosos.

Jay Espy is an Afro-Dominican writer, photographer, and community organizer. Whether it’s in a studio or while protesting in the streets, Espy has a great eye for headshots that embrace the essence of people. Right now he is working on showcasing children and adults from low-income communities living with autism with the hashtag #TuckedAwayByJE. You can follow him on Instagram using @macuiri and @jayesfoto.

Priscilla Gaona is a New Jersey/New York based photographer currently studying at Parsons School of Design. A proud Afro-Latina with Ecuadorian roots, Priscilla uses film photography to make visible stories that are often overlooked. Her project La Otra Cara Latina, seeks to do just that, by pointing her lens at Black Latina women. You can find Priscilla’s work on Instagram @prisjul.

Julieta Salgado is a queer femme artist living in Brooklyn by way of Ecuador. Her work ranges from self-portraits that give a platform to queer sexuality and femininity to powerful single shots of solidarity with immigration protests. Salgado’s photos tell stories that are empowering and mystic-like while remaining beautiful. You can view her work on her website and on Instagram at @julieta_salgado.

Mario Rubén Carrión is a multimedia storyteller and documentarian. Born in Puerto Rico and now based in Jersey City, he is a co-founder of the New Visual Collective. Carrión’s images exhibiting culture are a reminder to celebrate the joy within Black and Brown communities. His images also feature resistance via protests and community building. You can view his work on his website.

Connie Chavez is a filmmaker and photographer. She is a Peruvian-born visual activist from Queens, New York. With a passion for social justice, activism and spirituality, Connie’s work uplifts the stories of  Brown and Black Latinx with stunning portraits and videos with direct and encouraging messages. One of her most recent projects was a collaboration with women of color, where she directed, filmed and edited a short choreo-film against street harassment. Find her on Instagram at @connayconz.

Andrés Rodríguez is a Boricua community organizer and photographer. He is passionate about fighting for the liberation of Puerto Rico and takes amazing photographs along the way. Currently, he is based on the island, and his photos visible on his Instagram page @lo_normal bring to light his homeland’s humanitarian crisis.

Cristóbal Guerra is a photographer and co-organizer of Papi Juice, a QTPOC Party based in New York City. Living in Brooklyn by way of Puerto Rico, Cristobal is a visual storyteller whose scope of work ranges from photos of the LGBTQ community to short documentary-life videos that offer a snippet into people’s lives. Follow him on Instagram at @farifos.

Ni Una Menos (Buenos Aires) — On Saturday, tens of thousands of men and women marched in solidarity to demand the end to gender and sexual violence and discrimination. A marched call by the collective Ni Una Menos, includes several organizations of activists groups, journalists, artists, victims of the last dictatorship, and others. Since the mass march of October 2016 against a string of femicides, protests in Argentina have occurred more frequently in big numbers. The movement’s strength has helped reinvigorate similar movements across Latin America, where the global crisis of femicides is heavily concentrated. Signs, chants, and graffiti filled the streets leaving behind the mark of a movement that has every intention to keep on fighting. This series of photographs was captured in solidarity on June 3rd. #NiUnaMenos #VivasNosQueremos #FemicidiaEsGenocidia

Adriano Contreras is a Dominican-American photographer based in New York. He is passionate about fighting against inequality. He captures documentary-like images of everyday life as part of his fascination with people and their “propensity to challenge their circumstances,”, whether it’s on the subway or in a series telling the story of working-class people in the Dominican Republic. You can follow him on Instagram @o_snaps.