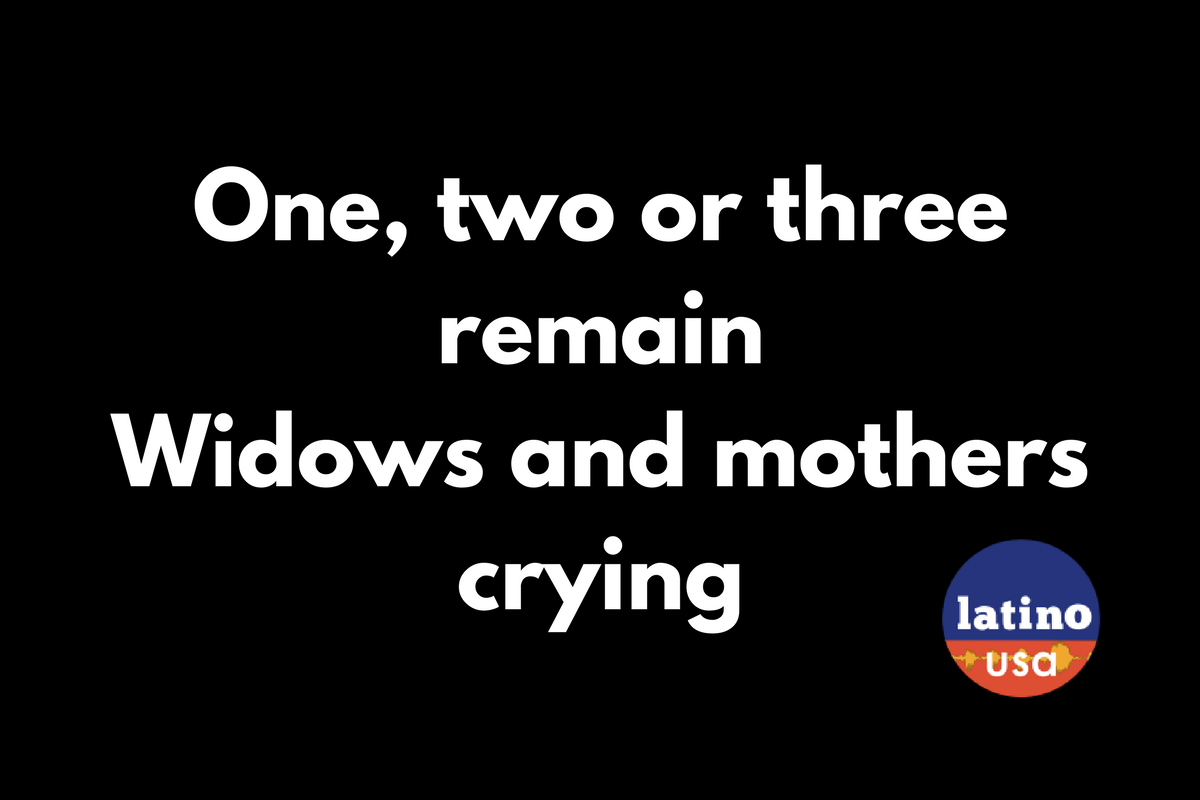 2017 is coming to an end, and the English-language media (besides me) has yet to write a word about the 25th anniversary of the murder of Mexican balladeer Chalino Sánchez. He’s no mere singer: as I wrote in OC Weekly earlier this year, “He’s the most influential musician in the United States of the past quarter-century—no one comes even close.” Modern-day regional Mexican music is just one Chalinillo (Chalino imitator) after another, as everyone tries to reproduce his swagger, his rough voice, and even how he wore his Stetson to no avail.

Yet despite this outsized influence, a Nexis.com search shows no mention of Chalino this year in the English-language media, nor anything substantial at all on influential Latino millennial sites. Since his May 16, 1992 assassination after a concert in Sinaloa, what little American coverage Chalino has received has reduced him to a writer of narcocorridos—drug ballads. But that’s like saying the Beatles were a bar band.

Yes, Chalino sang about the drug trade, but his main muse was los valientes—“the brave ones,” the wild men of rural Mexico whose exploits were immortalized in corridos and makes them kindred spirits to Stagger Lee, NWA’s Dopeman, and other musical anti-heroes. He wrote hundreds of such songs, and his sparse prose backed by the hard-charging simplicity of conjunto norteño makes every Chalino tune a three-minute Western. Here are 10 of his best:

As I wrote earlier this year: “It features all the Chalino lyrical trademarks: A date of death (January 6, 1970), a location (Tierra Blanca, Culiacán), the valiente‘s preferred gun (M14 rifle), how he died (in a shootout), why (betrayed by friends), a shoutout to Güilo’s home rancho, a line of respeto to his grieving mother, and why people continue to honor his memory: “Among the valientes/el Güilo was distinguished/He was a man of few words/Of undisputed valor.”

Chalino’s first song was about the murder of his brother Armando at a Tijuana hotel in the 1980s, in a drug deal gone bad. This later track honors “a man of valor/that a coward killed.” Chalino usually sang in the first or third person, but he directly addresses his brother through most of the song. “You were always very sincere/with renowned valor,” Chalino crooned. “May God have you in heaven/You deserve it.”

Most of Chalino’s corridos were the Mexican equivalent of a vanity press: a guy would pay, and Chalino would write. “Juan Ayón” is quintessential commission writing. Chalino boasts that the song’s namesake is always seen “well-dressed with boots and a Stetson,” in a “new car,” and with an “American pistol.” And although Juan is chaparrito, Chalino says don’t take Juan lightly: “Anyone who puts a hand on him/Will say goodbye to the world.”

In Chalino’s world, family is paramount: fathers die defending sons, cousins exact revenge for murders against their flesh and blood, and clans war each other over generations. That’s what makes this song so fascinating—it details fraticide between the perfectly named Mata brothers. The motivation? Pedro’s steer wandered into his unnamed brother’s milpa, where the brother killed it—and he shot Pedro for asking about it. “Don’t you care to leave in tears/Our beloved mother?” a dying Pedro asks before shooting his brother in the forehead. Pedro proved prophetic; their mom died two days later.

So Chalino didn’t write this love song, but I love it because it showcases what made him so popular: his knowledge of what would hit with his audience. At one point, he cracks, “Girl, you’re more of a hassle than gargling upside down!”—rancho love at its best.

While Chalino praised the brave, he also warned against the bad in this song, which details two men who were “vilely” tortured and killed “without compassion.” Chalino gets particularly graphic—the men were found with “their intestines exposed/and a dog ate them.” He ends with this biblical warning: “Bad company/leaves nothing good.”

The song starts with a real-life massacre in Tijuana of the titular narco kingpin by “cuernos de chivo” (Mexican slang for AK-47s). I won’t do it for you, but find YouTube videos of the song cued to photos of the crime scene, and you’ll see how talented Chalino was in painting a scene.

One of Chalino’s few songs to feature a female narco, it tells the tale of Rosaura Santana and Juan Escalante, who tried to smuggle in 100 kilos of marijuana in a hearse through Tijuana. When the authorities open the coffin, Rosaura and Juan open fire; 14 died, including themselves. And the marijuana? The Americans took it.

Chalino rarely sang about immigration, even though many of his clients were immigrants in Los Angeles. And when he did, it was usually a humblebrag, as in this song. Renato “loves the women/And also to bring along the band.” America!

Chalino details an eight-year blood feud in Las Flechas, Sinaloa. Ever the chronicler, he turns starkly realistic toward the end: “The village is dying/the cemetery is getting bigger/Year after year it’s the same/In those months of May/One, two or three remain/Widows and mothers crying.”

Gustavo Arellano used to write a column called “¡Ask a Mexican!” and edit a paper called OC Weekly. He remains the author of Taco USA: How Mexican Food Conquered America. Gustavo has covered Latin American everything since the days where the gender-inclusive identifier was Latin@, not Latinx.

3 thoughts on “The 10 Best Corridos of Chalino Sánchez”