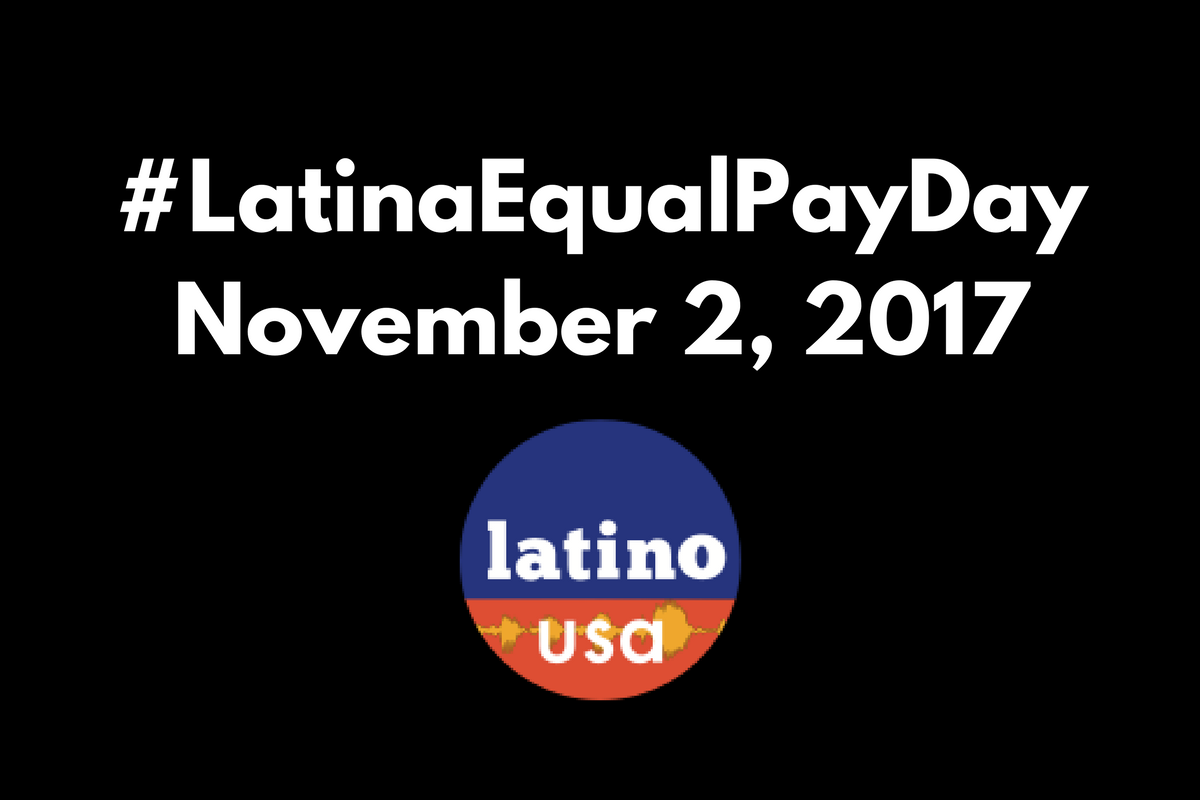 As the fight for equal pay continues, the fight is intensified for women of color. November 2 is Latina Equal Pay Day, dedicated to furthering the conversation of those inequalities and a reminder of how far into the year Latinas must work to earn as much as a white man earned in 2016 alone.

“In other words: In order to earn what a white man earned in 2016, a Latina must work that entire year—plus 10 extra months in 2017,” actress and activist Eva Longoria wrote in Fortune.

Latinas are making 54 cents for every dollar for every dollar a white man makes. “That’s like ripping a dollar bill in half—or like working an entire week, but only getting paid through Wednesday afternoon. At this rate, to earn what white men earn by age 60, Latina women would have to work until they’re 90,” wrote Longoria.

That number changes for Latina mothers. According to a press release from the organization MomsRising, Latina mothers make just 45 cents for every dollar paid to white non-Hispanic fathers.

“You may have heard the stat that, despite the fact that women make up half the workforce and earn more college degrees than men, women on average still only earn 80 cents on the dollar. But the fact is that stat only tells part of the story. The wage gap for mothers and women of color is much worse,” said Kristin Rowe-Finkbeiner, executive director and CEO of MomsRising.

“It is time for the United States to face the facts that have been proven time and time again: when mothers and women of color do better in the workforce, the entire nation does better. We cannot sit back and watch as an extreme pay gap holds back both Latinas and their families and our national economy too. Right now, Latinas’ earnings just aren’t cutting it,” Rowe-Finkbeiner continued. “The ability to take care of our families is something that each and every American deserves.”

Awareness for Latina Equal Pay Day has also been spread through the use of the hashtag #LatinaEqualPayDay. Some tweets are featured below.

Latinas earn just 54 cents for every dollar a white man makes. RT if you demand #LatinaEqualPay!

Today is #LatinaEqualPay day. Latina women have to work 10 more months than white men to catch up to them. We need equal pay now. pic.twitter.com/vofuT0w11h

Latinas have to work 306 extra days to earn what their male colleagues make in a year – more than any female minority group. #LatinaEqualPay

Today is #LatinaEqualPay. It marks the amount of time we have to work into the next year to make what white men made the previous year alone pic.twitter.com/oC8HumsoCy

Latinas have to work 11 more months to earn the same as earn men in 1 year. #LatinaEqualPay pic.twitter.com/ZPzV9AOODx