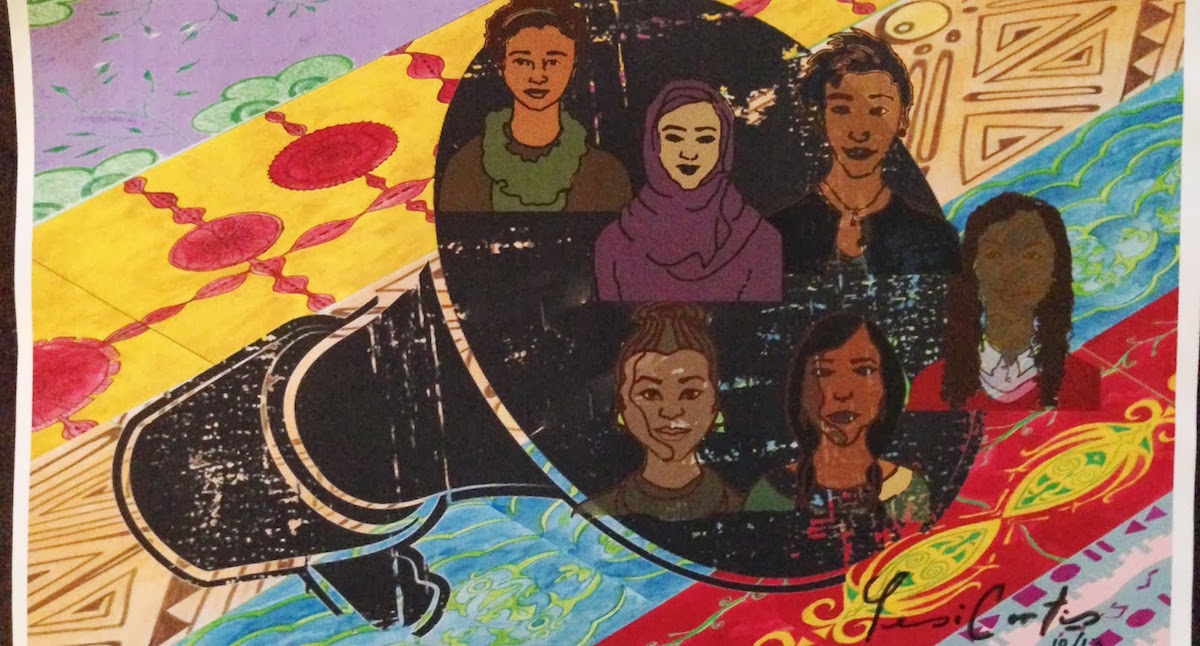 When the hashtag #MeToo started trending two weeks ago, Rosa Diaz, a Dominican-American mother of three, finally felt the courage to speak up and share her story. In the past, she told Latino USA, Diaz didn’t feel supported because of the stigma surrounding the conversation on sexual assault, but with the hashtag, she felt ready to be vocal for the first time.

“I used to hear ‘well, me too’ or ‘why didn’t you say anything,’ so you always find yourself with those two questions,” said Diaz, 45. “The hashtag, it inspired me, and it gave me the push that I wanted. If it wasn’t for the hashtag, I don’t think I would’ve ever felt so strong about it.”

Diaz was 11 years old and had immigrated to New York with her family when her stepfather began sexually abusing her. For Diaz, not even her own mother believed her. Instead, her mother accused her of being her father’s mistress—a trauma that has stuck with Diaz to this day.

“People don’t understand that what happened to me as a child, I’ve carried with me for the rest of my life. I was told not to say anything, because I was told that I’m a whore,” Diaz said, “#MeToo gave the voice for other women to say, ‘I’m with you’, ‘I understand you,’ ‘I’m sorry.’ They’re not questioning me, you know?”

The Origins of “Me Too”

Despite seeing #MeToo go global, mainly because of actresses speaking up against film producer Harvey Weinstein, the initial “Me Too” movement was precisely created for Black and Brown communities. Nearly 10 years ago, community organizer Tarana Burke started bringing the message against sexual assault directly to these marginalized groups.

Still, #MeToo didn’t really grow exponentially until Hollywood actress Alyssa Milano took to social media to ask women to share their accounts of assault. According to Mashable, in 24 hours, #MeToo was used more often than both #EverydaySexism and #YesAllWomen have for the entire year. Burke said that it is not surprising that #MeToo gained clout when it was directed at big names, yet the problem of sexual assault has been pervasive everywhere.

And in that sense, the latest iteration of #MeToo broke a silence, including one around sexual violence and childhood sexual abuse, that became overwhelming.

Yet the questions remain: what’s next? And how will women of color continue the conversation?

Audrey Augustave, a substance abuse counselor, told Latino USA that while the hashtag was empowering in its ability to validate what women have been saying for years, it was also disheartening, “an unfortunate inherent part of the ‘girldom to womanhood’ experience that includes unwelcome sexual advances in all of its forms.”

“There is no “right moment” to work on ourselves,” she added. “It will always feel scary due to the nature of the content that is being addressed. There is no way around the pain. The only way to the other side is through it.”

While this concept can be scary for many, Augustave said that she’s seen it become liberating for women.

“The fear surrounding initial counseling experiences is normal and only further solidifies the need for it,” she said.

Professor Griselda Rodriguez-Solomon gave Latino USA a short list of some things that survivors can begin recognizing before starting to address the assault that happened to them:

Nonetheless, counseling is never easy, and these resources are often hard to come by. Diaz explained that she’s tried seeing a therapist but it’s been difficult to find someone who she feels can understand her story.

“It’s just ridiculous for women like me,” Diaz said. “I can’t find help, there’s not really help, so to me it’s really important to start all over and try to get help.”

Augustave noted that counseling is never easy but it is still important.

“My advice for women seeking help for the first time is that seeking counseling, while a choice many of us commit to because we recognize the need, will never be something we walk into without trepidation,” she said.

A Need for Self-Care

Writer, artist, and mental health advocate A’Driane Nieves added that her first piece of advice is also to be kind with yourself.

“A therapist said this to me years ago after I disclosed my experience of being sexually abused by a family member, and it’s something that has continued to stick with me, especially on days or in moments when I am having a flashback or am struggling with shame or guilt,” Nieves said.

There are also a number of resources that are available, even though the message doesn’t often reach those who need it. Rodriguez named CONNECT:Safe Families – Peaceful Communities, Hidden Waters and RAINN (Rape, Abuse, and Incest National Network) as some organizations that support survivors.

Even with support, the challenge to break the silence is still difficult.

“As we know most women experience sexual assault at the hands of somebody they know. Women appear to carry the burden of not wanting to break their parent’s heart, or not wanting to create a scandal at their schools,” Augustave said.

Nieves advised that letting people know upfront that they are supported unconditionally and wholeheartedly is key.

“Toxic masculinity and violence is pervasive, but the more we share and refuse to be silent about what happens to us, the more I do believe things can and will shift for us over time,” she explained.

While the stigma continues and is hard to fight, #MeToo gave a platform for women of color to finally speak up, even those away from the Hollywood scene and spotlight.

For Diaz, it gave her a sense of community where she felt support in her story, and now more than ever she won’t be silent. The hashtag has pushed her to begin thinking of ways in which she can support others.