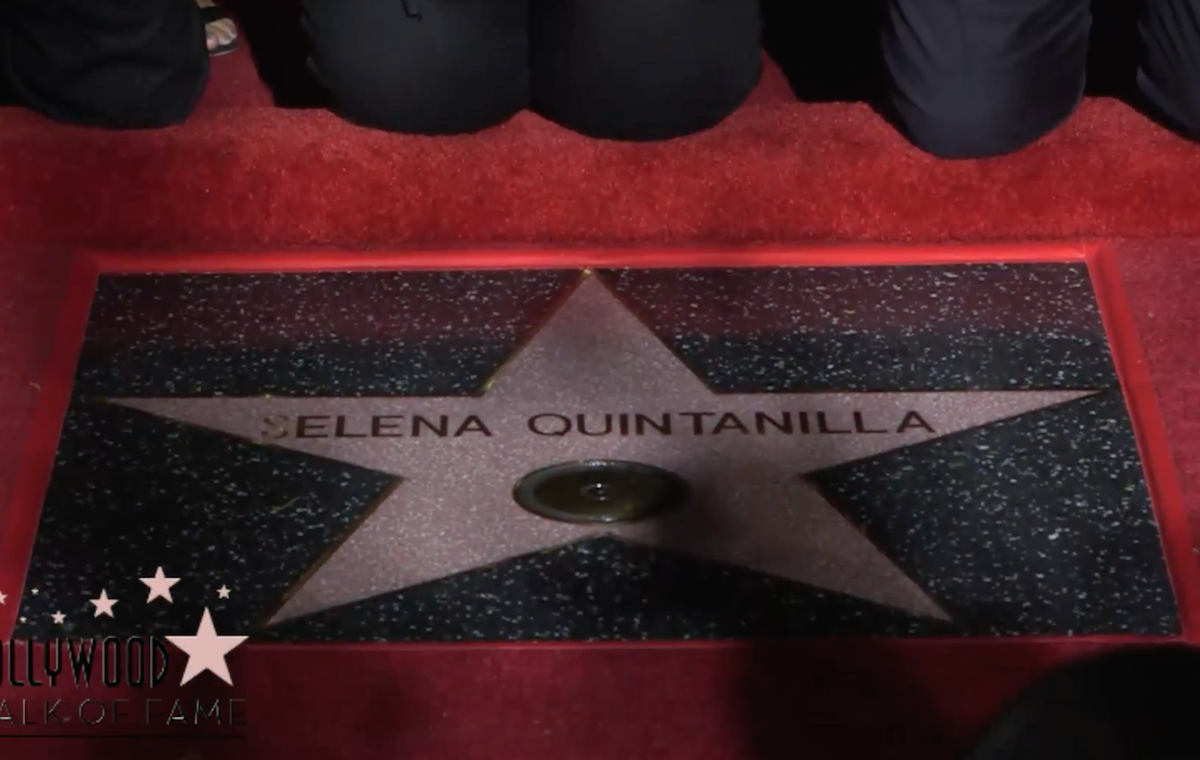 Nearly 22 years since her passing, Selena Quintanilla continues to shine brightly on the music charts, and makeup counters, and now at 1750 N. Vine Street, in front of the historic Capitol Records Building, on the Hollywood Walk of Fame.

Mayor Eric Garcetti, who will also be at the ceremony, will proclaim November 3 as “Selena Day” for the city of Los Angeles.

“Since day one of Selena’s selection into the Walk of Fame, not a day went by that we were not asked by fans when Selena would get her star. This day has come, and fans from around the world will rejoice in her well-deserved honor,” stated Ana Martinez, producer of the Walk of Fame ceremonies.

Recently, Selena’s impact was recognized by Google with a Google Doodle on October 17. The release of the doodle celebrated the 28th anniversary of the release of Selena’s debut studio album, “Selena.” The doodle’s animation included her 1994 No. 1 single,“Bidi Bidi Bom Bom,” and the images celebrated the pop culture icon’s love of music.

Selena will join the over 50 Latinos that are on the Walk of Fame.

“The Hollywood Walk of Fame honor is the only award which fans can share with their favorite icons. Without a doubt, Selena’s star will be experienced by millions of her loyal fans for years to come!” Martinez said.

Fans who are unable to join the festivities in Hollywood can relive the star’s unveiling through the ceremony’s official live stream.