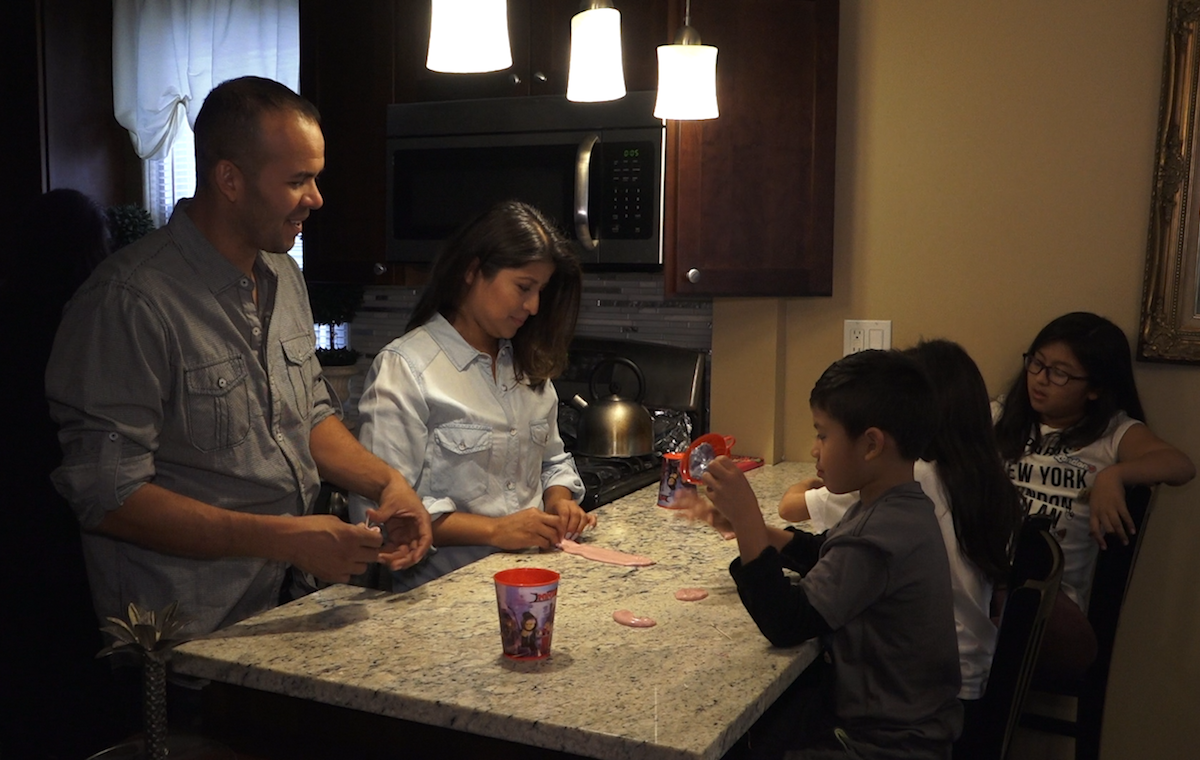 Omar Salinas, 36, a Long Island resident from El Salvador, has Temporary Protected Status (TPS). He fears he will be separated from his family, which includes three U.S. citizen children. (Cora Cervantes/ Latino USA)

GLEN COVE, NEW YORK — Reaction to the news that the Department of Homeland Security removed Nicaragua from the federal government’s Temporary Protected Status (TPS) list on Monday evening led to feelings of fear and frustration from people directly impacted by the decision.

A TPS recipient from Nicaragua who lives in Long Island told Latino USA: “I feel hopeless. I have nothing waiting for me in Nicaragua.”

“Soon I will be like so many people that live here without papers,” added the TPS recipient, who declined to give his name for safety reasons. “I don’t know what I will do. I am scared for my family. This is a hit to my soul.”

“We are deeply saddened and filled with indignation by the Department of Homeland Security’s decision to terminate TPS for Nicaragua,” said Ceci Martinez, a community leader with the grassroots organization TPS Alliance New York. “Overnight, these families have been turned into undocumented immigrants. This is unprecedented and cruel.”

Temporary Protected Status (TPS) is a type of humanitarian relief granted by the United States since 1990 to people from 10 countries deemed too unsafe to return. According to DHS, the agency “may designate a foreign country for TPS due to conditions in the country that temporarily prevent the country’s nationals from returning safely, or in certain circumstances, where the country is unable to handle the return of its nationals adequately.” The program provides relief to about 325,000 people.

This year, the White House and the DHS began removing countries off the list or granted shorter extensions to nations like Haiti, with the message that TPS holders need to make the necessary arrangements to return to their home countries.

On Monday evening, DHS released its decisions about TPS for Honduras and Nicaragua. Nicaragua was taken off the protected status list—giving about 2,500 TPS holders from Nicaragua 12 months to make the necessary arrangement to relocate their families and leave their homes in the United States. TPS holders from Honduras were given a six-month extension while DHS conducts additional research.

In a memo outlining the DHS decision, acting secretary Elaine Duke said, “the State Department has notified me that the government of Nicaragua could adequately handle the return of their nationals… I have determined that a twelve-month period following my determination is appropriate to provide an orderly transition.”

Days Before the Decision

On the weekend before the DHS decisions were expected on Monday for Nicaragua and Honduras, Long Island residents held fundraisers and offered prayer spaces to families who were worried about the TPS deadlines.

“For days, we have been stressed,” said Carmen Salinas, a 64-year-old TPS holder from El Salvador. “If this process of papers becomes an obstacle to the happiness we have built in this country, it would be a pain that is incomparable to anything we’ve experienced.”

Carmen and her husband José Salinas co-hosted a fundraiser on Saturday night to raise money for a third trip to Washington D.C. to lobby for extensions and a pathway to permanent residence. The group has set up phone banks, vigils, bake sales, and an in-district visit to their representatives.

José Salinas moved from El Salvador in 1992. José filed for asylum, and when TPS went into effect for his home country, he sent for his wife and children.

“It is terrible what will happen. We would lose our job because our bosses will not want us because we won’t have a permit,” said Salinas. “What will happen to our homes? We have credit, we have homes, cars. How will that work out, especially with banks?”

A decision by DHS about El Salvador is expected in early January of 2018.

Omar Salinas arrived as a teenager from El Salvador as a TPS recipient. He attended high school in Long Island and is now employed as a maintenance worker. Now 36, Omar is a homeowner with a wife and three children under the age of 13. He worries about the shift in the political climate and what that means for his wife and three daughters.

“When my boss met me ,he thought that I was a citizen or a legal permanent resident, when I explained that I had TPS, he didn’t understand how I had been in the country for so many years and with children without a pathway to be permanent residence,” Omar told Latino USA. “My boss voted for Donald Trump. He doesn’t think the president will send us back. He says to me. ‘How can they tell you from one day to the next that it is over?’”