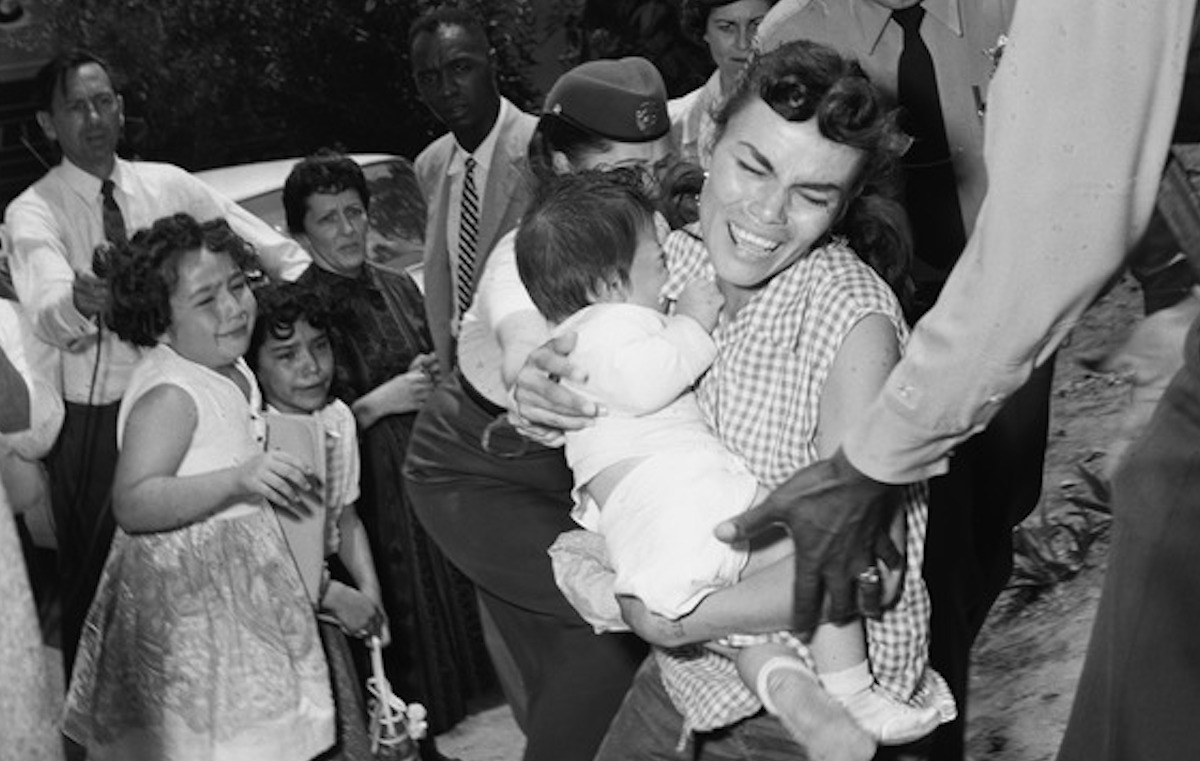 In the early 1900s, there were a few neighborhoods nestled in the Elysian Hills, isolated, but relatively close to Downtown Los Angeles. The three Mexican-American neighborhoods were Palo Verde, La Loma and Bishop, and together, they formed a community called Chavez Ravine—home to over 1,000 families.

Although the neighborhoods were tight-knit and life was good in the community, the city of Los Angeles declared it a slum in the ’30s, and targeted the low-income community as placement for a public housing project.

By the ’50s, the Chavez Ravine neighborhoods were cleared out—through the use of eminent domain—to make space for public housing. But those plans were soon canceled when Norris Poulson, a conservative Republican, entered the mayoral race in Los Angeles, ran on an anti-public housing campaign using Red Scare tactics, and won.

For years, the ravine sat in limbo, but a few families who didn’t sell their homes, stayed. That was soon to change, when in 1958, the city reached a deal with Walter O’Malley, the owner of the Brooklyn Dodgers, to bring the team to Los Angeles, and their Dodger Stadium would be built on the empty land in Chavez Ravine.

There was just one thing standing in the way: the families that refused to leave. One family in particular was the Arechiga family.

Friday, May 8, 1959, was a typically clear day in Los Angeles. That day would soon be known by the residents of the Chavez Ravine neighborhoods as Black Friday.

A group of sheriff’s deputies arrived at the home of the Arechiga family in Palo Verde. The officers walked up the stairs of the Arechiga home, then kicked the door in and forced their way into the living room. They brought along movers to quickly break apart and bring out the family’s furniture, piece by piece.

Children wailed. The elderly were escorted out. One woman was dragged, kicking and screaming by her arms and legs out the door and down the stairs by four deputies.

Abrana Arechiga, the 66-year-old matriarch of the family, hurled rocks at the sheriff’s deputies as they went about the business of dispossessing her family. “Why don’t [the Los Angeles Dodgers] play ball in [Mayor Norris] Poulson’s backyard—not in ours?’” she shouted in Spanish, according to a newspaper report.

After the Arechigas were evicted, the family watched—with television news viewers across the nation—as bulldozers destroyed their home.

10 thoughts on “The Battle Over Chavez Ravine (in Pictures)”