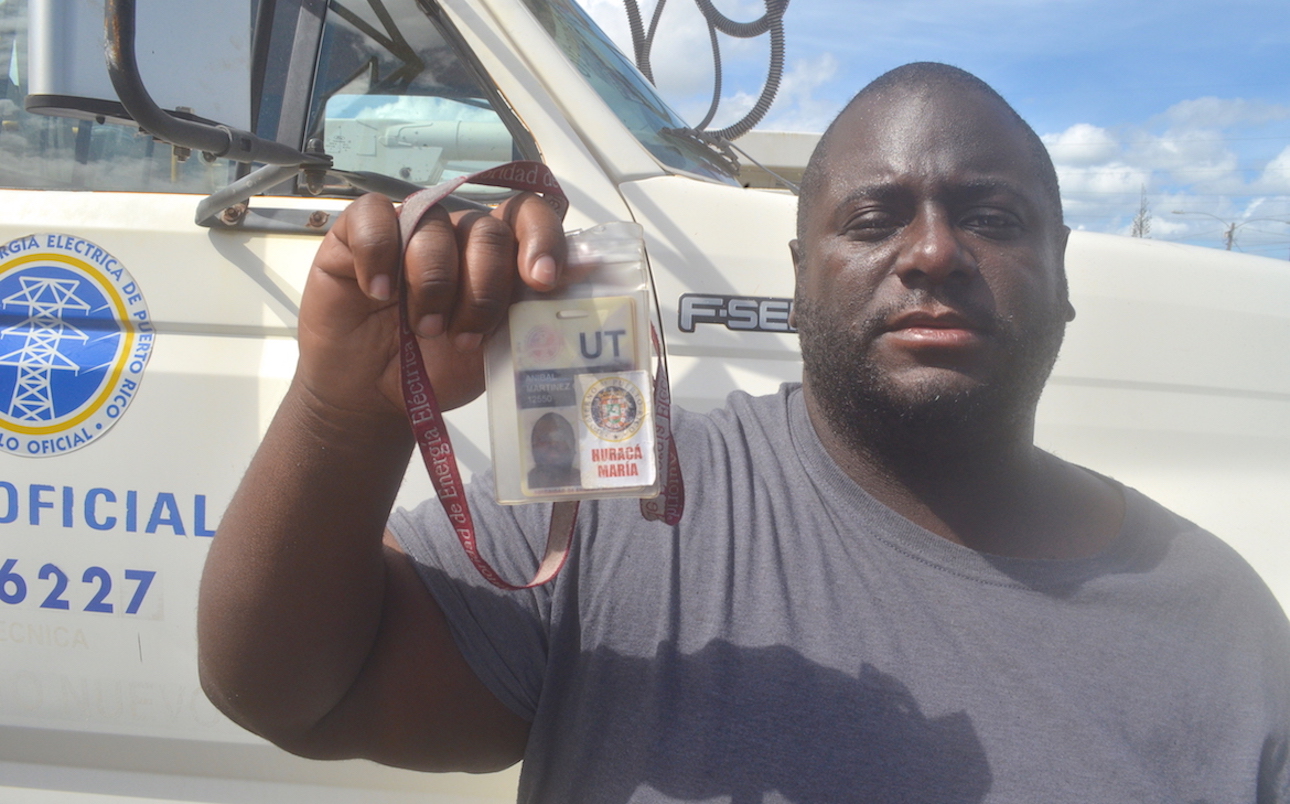 SAN JUAN, PUERTO RICO — Ana L. Nieto Mercado died on Friday, September 29, because she did not receive adequate dialysis treatments. Her son, Héctor L. Vargas Nieto, said her mother was able to attend two appointments immediately after Hurricane María and get medical care, although incompletely: she needed three rounds of three-hour sessions but managed only two rounds of two-hour sessions. In addition, her third appointment scheduled for the afternoon of Monday, September 25, never materialized because the health center had already closed its offices that day to allegedly comply with the curfew established in an Executive Order signed by governor Ricardo Rosselló. Ana’s case is one of the many deaths that does not appear on the government’ official María death count list, as reported in an investigation by the Center for Investigative Journalism (CPI).

Although health centers were exempt from complying with the executive order, the Fresenius dialysis centers in Mayagüez closed. Madeline Irizarry, the shift supervisor for the center located on Avenida Corazones, told the CPI that they tried to ensure that their employees and patients were not out on the streets to comply with the curfew. In other cases, lack of water and power impacted whether these centers were open or closed.

The centers’ administrators tried to communicate with patients about their decisions, but four days after Hurricane María’s devastating passage, almost all of Puerto Rico was without communication, and Héctor arrived from the town of Añasco, without knowing that his mother’s appointment was cancelled. Little by little, Ana’s condition was worsening.

She died four days later. She was 73 years old.

The curfew was announced on the same day that María passed through the island. Although the duration was initially indefinite, it lasted for 27 days, and it was eliminated on October 18. The curfew had several versions: from prohibiting people to freely be out on the streets for 12 hours (6pm to 6am) and then for just five hours (12am to 5am). On Halloween, Rosselló announced a new curfew from 10pm from Tuesday, October 31 until 5am on November 1. According to Executive Order 2017-049 that authorizes that curfew, the measure “will be extended while the state of emergency lasts.”

Ramón Rosario, La Fortaleza’s Public Affairs Secretary, told the CPI in written statements that “as long as most Puerto Ricans do not have electrical power service, schools are not functioning normally and there are isolated communities, the State has to maintain the declaration of emergency.”

The curfew has raised red flags and doubts about its legitimacy. According to constitutional law professor Carlos Ramos, during a state of emergency, the government must have the power to take protective measures that guarantee the safety of the people, but pointed out a curfew implemented indefinitely is “worrying.”

“The Supreme Court of Puerto Rico has recognized the inherent obligation that every politically organized community has to protect its citizens. It is the so-called reason of state or ‘police power.’ So I don’t question the actions of the government during the first hours of the hurricane and perhaps 48 hours later. With or without a constitution, with or without laws authorizing it, the government had to act as it did. But gradually the rule of law returns. The justification of measures such as an indefinite curfew, ordered by the governor, but executed at his almost absolute discretion by the forces of public order, raises serious constitutional doubts. Its indefinite validity, without a counterbalance of other government branches and at the discretion of the current government and its forces of public order, can create a disastrous precedent. As a society, we must reflect on this and develop a legal response that overcomes the indicated vices,” Ramos said.

Any curfew violations can lead to arrests by the Puerto Rico Police, the National Guard or peace officers defined by Executive Order 2017-052. Then, the arrested person is taken to a hearing, where it is determined whether or not there is cause for trial.

One case that that reached the court (the only charge against the accused was “curfew violation”) did not even reach the first step. It was at trial court in Carolina, and at the request of the Public Ministry, prosecutor Tamara Martínez Rosado requested that the charges be dismissed.

The case pertained to Aníbal Martínez Centeno, a 15-year employee in the mechanics’ workshop in the Monacillos Station of the Puerto Rico Electric Power Authority (PREPA). Martínez Centeno was arrested in the early hours of October 14 at a gas station in Carolina. He was buying food after leaving his work shift.

“I was at a gas station. I went to buy food. I go to my car for a moment while the pizza was cooking, and a police sergeant comes up and tells me to go back home. I say no because I’m waiting for the food. I tell him: ‘Officer, I don’t have the power for the cook to make my food any faster.’ Then there was a confrontation with the officer. I tell him that I am exempt from the law because I work in the government. He didn’t want to see my identification. ‘I don’t care. I’m going to arrest you,’ he told me. He starts grabbing me and calls other officers, and then I feel a taser on me, and I get arrested,” Martínez Centeno said about his detention. Two other policemen held him while Sergeant José Rivera Cardona immobilized him with a teaser. As a result, Martínez Centeno experienced injuries to his knees.

“They treated me like a criminal who had stolen something,” he said.

The 35-year-old explained that the police presence at the gas station felt like “a raid,” due to the high number of agents who were there.

“It was unnecessary. You work 14 hours to raise up your country, and they arrest you,” Martínez Centeno added.

The PREPA employee was detained at the Carolina jail at from 1am to 8am, when the same sergeant who arrested him took him to the court, where they determined cause for trial. He was issued a summons to appear on November 8. During the trial, with Martínez Centeno still in his uniform, the prosecutor representing the Department of Justice, Tamara Martínez Rosado, asked the judge for dismissal of the charges, which was recorded by Jorge L. Toledo Reyna in the official court decision.

“I arrive at the trial in my uniform, and the prosecutor quickly said that [the charges] were not going to proceed. She was surprised. As if what the guard did was nonsense. The thing that bothered me the most was that he [the sergeant] did not want to see my identification. My identification says, ‘Hurricane María emergency’,” said Martínez Centeno, referring to a sticker that was given to him by his employer when he reported to work after the hurricane.

A Question of Civil Rights

According to Ramos, an indefinite curfew can affect the civil rights of Puerto Ricans.

“Just to give you an example of the constitutional rights involved: equal protection of the laws, freedom of expression, association and free movement, privacy, due process of law. The law invoked in the Executive Order was designed in 1999 for emergency situations like this hurricane. But nowhere is a curfew explicitly contemplated. Nowhere. Only a lax and imaginative interpretation can conclude otherwise. Civil rights always pay the price here,” he said.

“Police will intervene with people loitering in communities, urbanizations and shopping centers after they close operations.” Ricardo Rosselló

The curfew was authorized for the first time in Puerto Rico through Article 15 of Law 211 from 1999, known as the “Law of the State Agency for Emergency Management and Disaster Management in Puerto Rico.” This law grants extraordinary powers to the governor in an emergency: requesting money from the federal government; making amendments or modifying regulations; removing debris; and acquiring or forcibly expropriating furniture or real estate. It does not specifically mention the restriction on free movement by island residents.

In addition, the Rosselló executive order said that Law 211 of 1999 was repealed by Law 20 of 2017, which he previously signed as the “Law of the Department of Public Security of Puerto Rico.” This new 2017 law also includes the activation of the Military Code of Puerto Rico, but does not speak of powers to implement a national curfew.

National Guard of Puerto Rico press officer Paul Dahlen share the island’s current Military Code with the CPI. The curfew does not appear in that document.

How Many Were Arrested?

As to the validity of the Rosselló executive order regarding the number of arrests of those who did obey this order, depending on who you ask, the number of detainees has changed.

The Department of Public Security has given three different figures: on September 28, it told the CPI that there were 125 arrests; on October 11, there were 72. When the department’s press officer, Karixia Ortiz, was asked about what had happened to the 53 people who were not included in the October figure, she said that the original number given to the CPI was 67, but did not clarify the discrepancy. Seven days later, the first curfew was lifted.

On the other hand, the Puerto Rico Police has an official list of arrests of curfew violations from September 20 to October 17. That number is 98.

The only number that coincides with the Department of Public Security and the Police are the 12 arrests during the night of October 31, when the second curfew was implemented. This curfew, like the previous one, did apply to government employees working on recovery efforts, public and private security employees, health professionals and members of the press.

“To ensure the safety of citizens, tomorrow October 31, there will be curfew from 10pm until 5am on November 1,” Ricardo Rosselló

During the second curfew, those who went to watch the Game 6 of the World Series were also exempt. It was not clear how those people, if stopped by police, were going to prove that they were disobeying the curfew to catch the baseball game. It was indicated, a few hours into the second curfews, that people should keep their payment receipts and show them if they were detained.

“Curfew today does not apply to businesses broadcasting the World Series,” Ricardo Rosselló