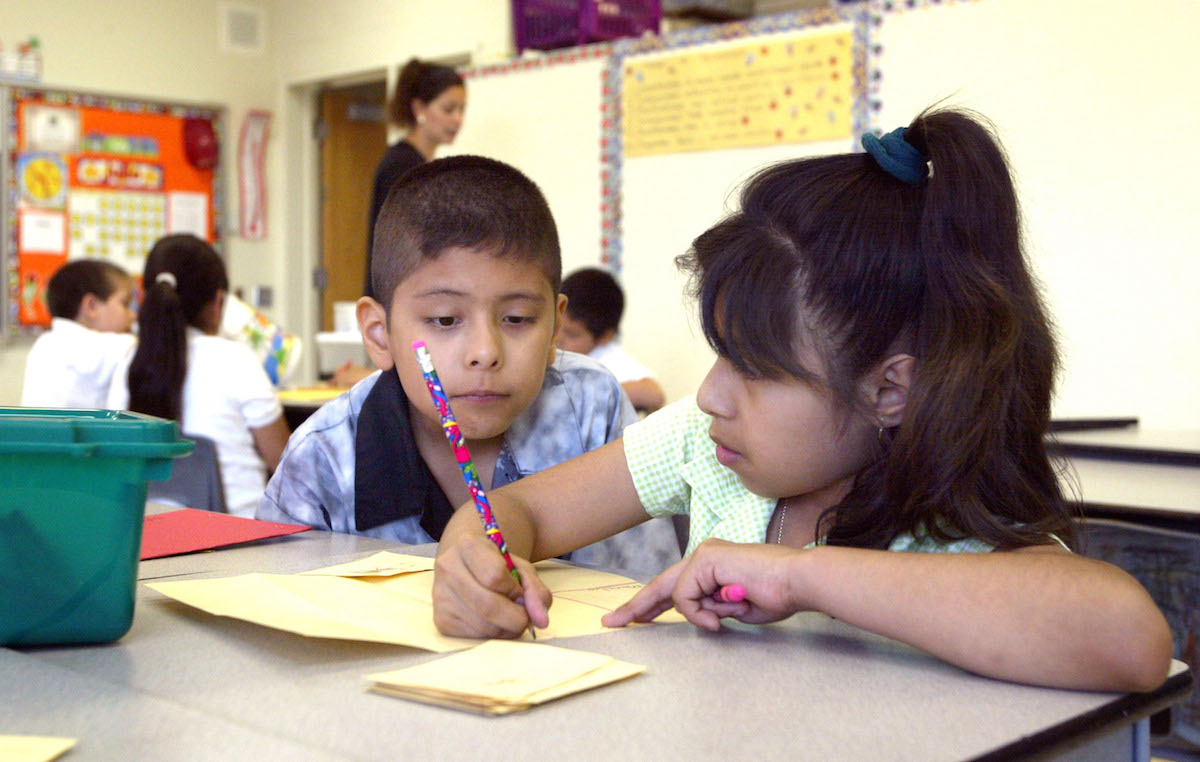 At a recent visit to the pediatrician, the nurse heard me speak with a foreign accent, and told me to use only English with my child. She said speaking another language would be “confusing” and have long-lasting, detrimental effects on my daughter.

As a Northwestern University professor who has spent more than 20 years studying bilingualism, I knew that was not true.

But most new parents trust the “expertise” of ill-informed nurses, doctors, teachers, school administrators, and even family members and perhaps follow the misguided advice to speak only English to their children.

In the process, not only do they deprive their children of exposure to another language and culture that would enrich their lives, but also of the cognitive, neural, social, and economic advantages that knowing another language can confer.

If the brain is an engine, bilingualism may help to improve its mileage, allowing it to go further on the same amount of fuel.

Yet a recent move in Florida to petition the Department of Education to establish English-only tests in schools is an opposing, ill-informed precedent.  It is an asset, not a liability to speak another language in the United States, even in a push for “America First.”

At the same time as many children from middle class families take foreign language lessons at school and some parents pay for private language tutors, support immersion programs, or send students to study abroad for purposes of “enrichment,” children who are non-native English speakers are discouraged from speaking their native language in schools and elsewhere.

The assumption is this will prevent them from learning English and that, in general, their bilingualism is a problem.

The irony is stunning.

One of the biggest downsides to telling parents not to use the native language with their children is that by eliminating use of the native proficient language, the size and richness of language at home is compromised.

Richness of input influences language acquisition and cognitive development. The richer the input a child receives—auditory, visual, tactile—the more neurons are firing and the more active the brain is.

When you tell parents to use a language they do not know well, you replace a source of rich linguistic input with a limited one, negatively impacting development.

In spite of persistent mythology, there is no empirical evidence that speaking another language to your child will cause the child to stutter, develop specific language impairment, or lead to hearing impairment. Learning another language is not associated with language or hearing disorders and bilingualism does not lead to increased incidence of cognitive disability.

The benefits of bilingualism are lifelong.

Older persons who are bilingual enjoy improved memory relative to peers who speak only one language. Bilingual Alzheimer’s patients exhibit initial symptoms of the disease four to five years later than monolinguals due to greater “cognitive reserve.”

Cognitive reserve refers to the efficient utilization of brain networks to enhance brain function. Those four to five years may mean the difference between being able to hold your grandchild and see her grow, or never recognizing her.

In children, bilingualism is associated with better performance on some perceptual and classification tasks, as well as increased cognitive flexibility and meta-cognitive skills.

For example, bilingual children learn earlier than monolingual children that objects and their names are not one and the same; one object can have more than one name. This understanding that language is a symbolic reference system is an important milestone in cognitive development.

My own research shows learning new languages changes how people see, hear, and think about the world. Speakers of different languages  differ in their patterns of eye movements when looking at visual scenes and access information differently depending on the language spoken at any given time. Research on bilingualism shows that decision making, memory retrieval, and self-expression vary across languages.

When detrimental effects of bilingualism are reported, they are usually conflated with poverty and socioeconomic status. That is because non-native speakers are seen often only as lower-income new immigrants. But it is poverty —not bilingualism— that is detrimental.

Marginalizing the native language of immigrant populations does a disservice to a country that is a nation of immigrants. Diversity is the foundation of America’s cultural and linguistic history.

Many in this country think of speaking English as the gold standard, of monolinguals as the norm. Yet, the linguistic diversity around the world means that the majority of the world population speaks two or more languages. The ability to communicate successfully is essential to our global engagement.

Instead of vilifying languages other than English in this country and denigrating those who speak a different native language, perhaps actively encouraging all children to learn more than one language is what would help “make America great” as it competes in a multilingual world economy.

Viorica Marian is the Ralph and Jean Sundin Endowed Professor of Communication Sciences and Disorders and Professor of Psychology at Northwestern, and is a Public Voices Fellow through The OpEd Project.

One thought on “Two Is Better Than One: Bilingualism Benefits Young and Old”