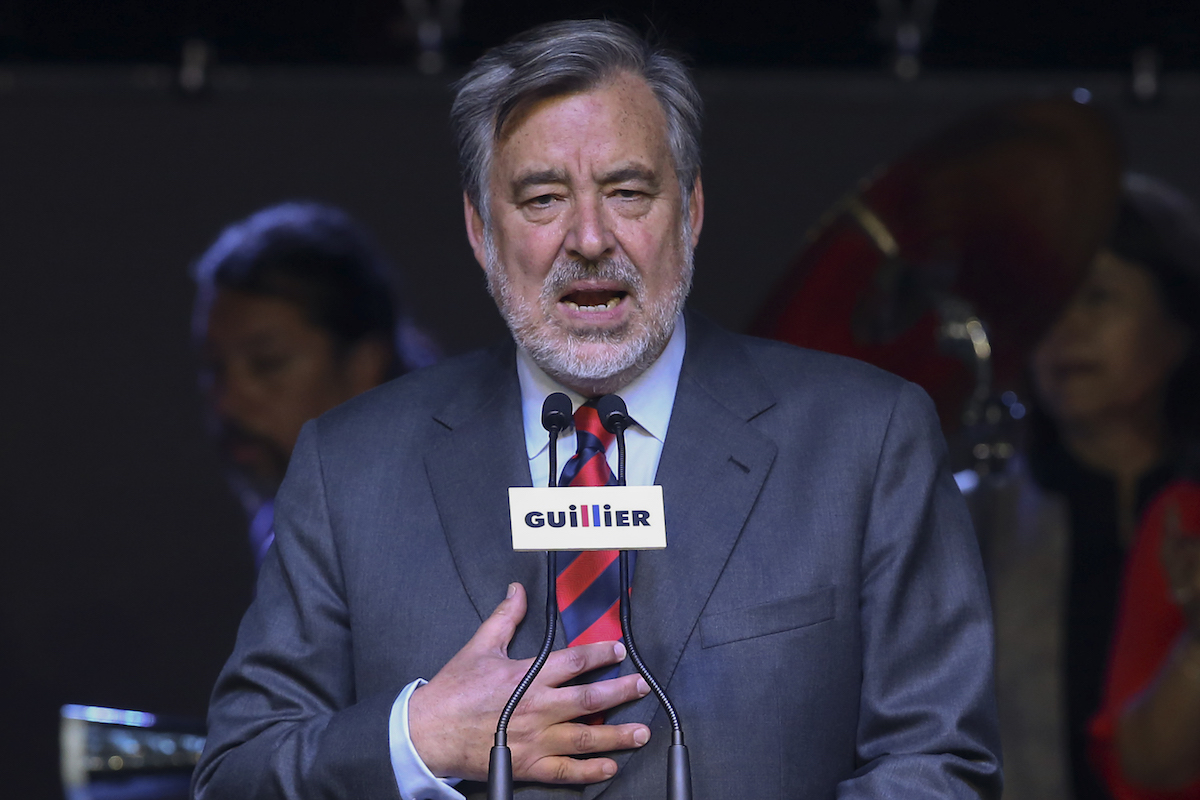 Chilean presidential candidate for the ruling New Majority coalition Alejandro Guillier speaks at the end of the elections at the party headquarters in Santiago de Chile on November 19, 2017. (CLAUDIO REYES/AFP/Getty Images)

It took some time, but it seems Chile has finally entered a new political era.

For 27 years after the end of Augusto Pinochet’s dictatorship, politics in this South American country were dominated by the same faces. The generation that, starting in 1990, led Chile through one of the world’s most celebrated democratic transitions stayed in power, almost uncontested, for nearly three decades.

Propelled by a younger generation, these political newcomers have thrown open Chilean politics and made the December 19 presidential runoff between former President Sebastián Piñera and the center-leftist Alejandro Guillier anyone’s race.

Led by former student activists who are now in their early 30s, the Frente Amplio, or Broad Front —a new left-wing coalition often compared to Spain’s populist Podemos Party— took the day.

The party’s presidential candidate, Beatriz Sánchez, a 46-year-old journalist, got 20 percent of the vote—far greater than expected. Many of her supporters are expected to back Guillier in the second round of voting.

The Broad Front now has more representatives than the historically powerful Christian Democratic Party, which faces an aging party membership and an increasingly obsolete moderate discourse, and the Party for Democracy, whose founding in the late 1980s helped defeat Pinochet’s regime.

Some commentators are reading the Broad Front’s success as a shift toward the populist left. But, as a Chilean analyst, I believe it is best understood as the emergence of a new political generation. For the first time in my life, my country’s politics are not defined by the cleavages of Pinochet’s times.

Not only were traditional leftist parties unable to bring new talent into leadership positions this electoral season, leading to shakeups on the campaign trail, but so too were right-wing parties.

Within Chile’s conservative right wing, which is dominated by parties born to defend Pinochet’s legacy, Evópoli stands out for its slightly more liberal and open-minded outlook.

It cannot yet challenge the electoral strength of other conservative parties —Evópoli’s 40-year-old leader, Felipe Kast, unsuccessfully challenged Piñera in the June presidential primary— but its modern discourse is speaking to younger audiences.

Piñera, who was Chile’s president from 2010 to 2014, will now face off against Guillier in a tough second election. In the lead-up to the first round of voting, opinion polls gave him between 43 percent and 46 percent of the popular vote in an eight-person contest.

Winning with 36.6 percent of the vote was thus a victory with a bitter taste for Piñera. Pundits are offering numerous theories to explain his unimpressive showing. The simplest is that polls in Chile failed miserably, as they’ve done across the world this past year.

Another analysis holds that Chileans are simply not as unhappy with Socialist President Michelle Bachelet’s administration as the right wing insisted. Conservatives have criticized Bachelet’s controversial changes to education and tax policy as unpopular and wrong-headed. But it now seems like headlines were more negative on Bachelet’s reforms than voters were.

A third hypothesis blames a far-right candidate, José Antonio Kast, for Piñera’s weak performance. He unexpectedly challenged Piñera from the right by appealing to Christian values, Pinochet nostalgia and anti-immigration sentiment. Kast, who is the uncle of Evópoli Party head Felipe Kast, got 7.9 percent of votes.

After celebrating his fourth-place finish, which many believe —or fear— could lead to a new far-right movement to form in Chile, Kast quickly endorsed Piñera. Most of his supporters will almost surely vote for Piñera in the second round.

Still, that’s not enough to ensure victory. Political wisdom teaches that runoffs are decided in the center, but to win over moderate conservatives, Piñera would have to adopt somewhat more liberal positions. He cannot do that without alienating his emboldened right flank.

To be sure, Piñera’s 14-point lead over Guillier still makes him the favorite to win Chile’s presidency. But what was presented as fact is now just probability. Reflecting this new uncertainty, the Chilean stock market dropped six points the day after the election.

If Piñera’s position is uncertain, so, too, is his opponent’s. Guillier represents the ruling center-left New Majority coalition, heir to the alliance that defeated Pinochet in 1988 and subsequently governed Chile undefeated for two decades.

Fourteen points is not an insurmountable gap, but beating Piñera will require complex negotiations within the left. Carolina Goic, who finished fifth with 5.8 percent as candidate of the declining Christian Democratic Party, has already pledged her allegiance to Guillier.

The progressive Marco Enríquez-Ominami, a progressive outsider who did well in the 2009 presidential election, has also swung his 5.7 percent of first-round voters over to Guillier.

But to win, Guillier needs Beatriz Sánchez’s 20 percent, or 1.2 million voters. Her left-wing Broad Front Party has said it will not join Guillier’s coalition, but many of Sánchez’s ardently anti-right-wing supporters will back Guillier anyway.

The question is whether Sánchez and other Broad Front leaders will encourage the rest of their electorate —many of whom see Piñera and Guillier as just flip sides of the same neoliberal coin— to support Guillier, the more leftist of the two.

The Broad Front, a party founded just over a year ago, now holds the key to Chile’s political future. Chilean politics have officially entered the realm of the unknown.