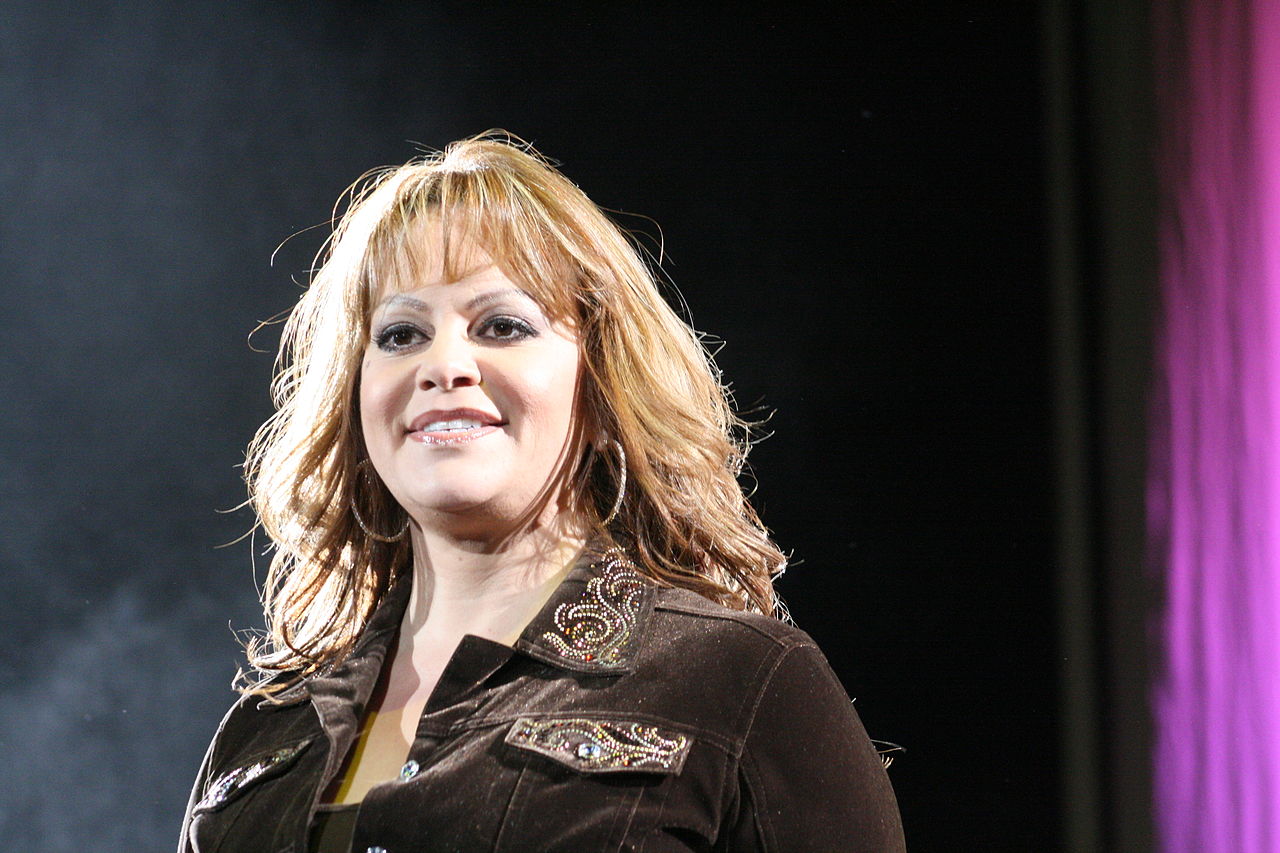 Five years ago next week, Mexican regional music superstar Jenni Rivera tragically died in a plane crash following a concert in Monterrey. While her fans have rightfully mourned ever since, the biggest tragedy was that Rivera was just about to go big-time.

The 43-year-old native of Long Beach, California, was already a living legend when she died, having succeeded in the macho world of corridos. It’s one that traditionally saw women relegated to either Madonna or objectified status, but Jenni upended this duality with songs that gladly cast mujeres as atrevidas—a Trump “nasty woman.” Women not subject to society’s standards, ladies as easy with a gulp of tequila or a punch to an ungrateful man as they were with a wink. Jenni hailed these ladies, and she did it mostly in the genre of banda sinaloense, the brass band music that only the strongest of singers can master.

But Jenni was no novelty act. She openly talked about the struggles in her life—domestic abuse, bad husbands, even her weight. Older generations of Mexicans were shocked at such raw confessionals. Younger Mexicans revered Jenni as their bard, the prima with the huevos to speak the truth. If the American media knew more about Rivera before her death, they would’ve compared her to fellow singer-songwriters Joni Mitchell or Carole King instead of her fellow Mexican-American musical martyr, Selena.

I was lucky enough to do two in-depth profiles of Rivera—a 2002 piece for OC Weekly, and a 2009 profile for Latina. Rivera was one of the few celebrities I ever met who kept every promise she made during interviews—she created businesses for her daughters, a non-profit, and even a television show that ABC announced just two days before her death. “La Diva de La Banda” could’ve been the Mexican-American Oprah. Instead, she’ll just live on as an icon.

Jenni wrote this boast about a drug dealer’s daughter in 1994 as a response to the narcocorridos recorded in that era by her father, Pedro, the man who discovered Chalino Sánchez. “Nobody thought women should sing such songs, so I figured I would write one to show that we can.” But “The Jackal Woman” didn’t hit until 1999, after Pedro released it to the public. It’s a parody song, with a melody that sounds like Los Tigres del Norte’s “Pacas de a Kilo,” but Rivera upends female conventions even this early. “When I turned 15/They didn’t give me a quinceañera,” Rivera roared. “I inherited a business/That would give me good money.” If only more families did the same—minus the drugs, of course!

Jenni’s first famous song, it caused un escándalo among the tías in 1999 because she was glorifying loud, independent atrevidas who, in a previous era of corridos, would’ve been shot dead (see: “Rosita Olvírez” and “El Día de San Juan”). Women weren’t supposed to drink and party! But Jenni didn’t GAF, and announced to the world that “The Bad Girls” were her homegirls, ¿y qué? The song has since become a classic, and even better is the video—long before body positivity became a thing, the zaftig Jenni gave much love to all the big girls with bad tattoos, and ridiculed those skinnier ones who dared talk trash on them.

The title —“Partier, Rebel, and a Nasty Girl”— says it all. Jenni always experimented with her sound, and here she combined banda with conjunto norteño to both celebrate women like her and trash fresas—the Mean Girls. “Bitter champagne is for stuck-up hags,” Rivera cracks. “Gimme Tecate with salt and lime.” And they say Beyoncé knows how to throw shade…

The 2007 Mi Vida Loca album is an underrated masterpiece, with spoken-word passages, disses to her haters, and shout-outs to her fans. It even memorably captures Rivera on the back cover of her CD walking down the red carpet in an elegant red dress while flashing the “Westside” hand sign. On this track, Jenni subdues her strong voz to match the swaying banda and look back at her extraordinary life, comparing her trajectory to that of a butterfly. “The caterpillar has transformed/her pain into color,” she whispers. Also the name of a Telemundo novela that came out this year about her life.

I wish Rivera did more songs backed by mariachi, because she could’ve easily become a modern-day Lola Beltrán or Lucha Villa. Her best mariachi song was this one, in which she dresses down the woman who’s having an affair with her husband as only Jenni could. “You need more than just a pretty face/You need more than a body without stretch marks,” to be the other woman, Rivera clapbacked. This 2010 show at LA’s Nokia Theater also gives you a sense of how she commanded the stage.

Now, Jenni addresses the guy who’s cheating on her, daring him (“Why don’t you try it?”) to leave her. Unlike other tales of bravado or grief, she speaks matter-of-factly about the unfortunate situation before her in a manner reminiscent of the best of José Alfredo Jiménez, whose “Que Te Vaya Bonito” Jenni name-checks in the chorus.

Now, Jenni’s the other woman—see what I mean about the mujer singing her life like few others? This tender ballad is a Joan Sebastian cover, but Rivera sneaks in some oldies-but-goodies vocal flourishes, a callback to her “Playa Larga” roots. One of her biggest hits.

Jenni tasted freedom after her guy left her…and loved it. “And now, when you return,” she wrote, “I want to talk calmly/About the issue of goodbye”—BOOM.

2011’s Joyas Prestadas: Pop (and its banda version) was the last album Jenni ever released. It saw her try pop standards, and the best one was this Marco Antonio Solís-penned ditty originally performed by Olga Tañón. You know you’re legit when El Buki himself not only lets you record his stuff, but duets with you.

Jenni recorded this version of the ultimate oldie-but-goodie (itself sung by a Chicana from San Diego County) with banda, and while it’s not the most scintillating song she ever did, it hinted at Jenni’s revolutionary promise. She manages the standard’s complex chords with ease, and usually performed it at concerts because she knew fans loved the song, too. We didn’t get enough of Jenni in English, but we were going to: she and fellow Long Beach native Snoop Dogg were planning to collaborate on a track. Even five years later, Snoop hasn’t forgotten.