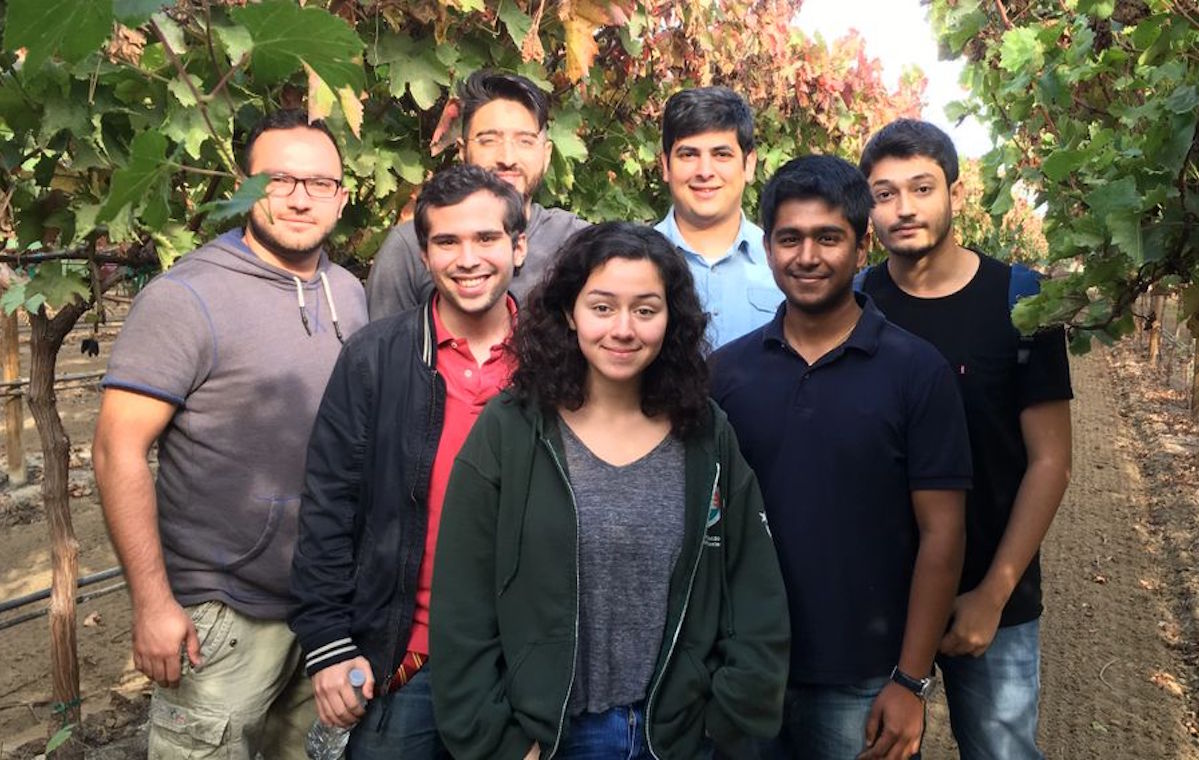 Every year, four farmworkers lose their lives in the fields from something that is preventable: heat stroke. This issue becomes more pressing in the state of California, where a sizable majority of American crops are grown, and where extreme heat this year alone has led to wildfires and pressures on the power grid. In these extreme conditions, workers continue to face difficult conditions that labor policy alone may not be able to address.

But one California teen took matters into her own hands.

“Although my own parents didn’t work in the fields, a lot of these stories got passed down to me. Especially from my own papá, who is my dad’s dad. He told me that his own mom, Estella, who worked in the fields, died because of the work conditions,” Faith Florez told Latino USA.

Florez, 17, turned her family’s connection to the fields of the Central Valley into an app the helps combat heat stroke among farmworkers. Through the iOS application Calor, Florez wants to use technology to improve field workers quality of life.

“This really impacted me growing up. I felt as if I knew her even though she passed away before I was born.”

The summer before her junior year at La Cañada High School, Florez submitted a proposal, outlining Calor’s concept to a team of computer scientists at the University of Southern California.

“I submitted my proposal to USC because I knew that the computer scientists there and the coders really have an emphasis on coding for social justice.I thought that it would be a good way to merge this cause with technology,” she said.

In 2016, after receiving unanimous approval by a committee, Florez’s proposal was approved by USC’s Viterbi School of Engineering. Since then, she has worked with the team to create the first-ever farmworker heat notification web-based application with crucial feedback from small-scale farms and farmworkers in the Central Valley.

“The takeaway was that any system that reduces the rates of heat stroke would be much appreciated by farmers and farmworkers,” Florez explained.

In addition to policy, she added, more can be done to improve working conditions.

“Regulatory policy does exist. It is very clearly outlined on the [California Occupational Safety and Health Administration] site. But the problem is that the farmworkers don’t have access to these regulations,” Florez said.

An education component being added to the app creates access to information and awareness not only about the weather, but resources and rights accessible to all workers.

“A major problem that exists is the lack of awareness of the risk associated with their jobs,” Florez pointed out. “They have a mindset that they know their job, they know their limits. But oftentimes most people who are working in the fields who suffer from heat stroke don’t even see it coming. And so we are trying to change that with our education piece.”

Besides the limited access to information, Florez was concerned about the technological divide and access to smartphones on the fields. However, upon meeting with farmworkers, she learned more about the workers’ access to technology.

“Surprisingly most of the farmworkers that we met with have access to an Apple [device] or Android phones. Which is surprising, given the area and socioeconomic conditions,” Florez noted.

Initially, farmers were hesitant to support the initiative because they felt a phone application would create a distraction. Florez and the team converted the project to incorporate wearable technology. They designed an app that would work with the new Apple Watch. The device operates independent from a smartphone and makes it possible for the Calor application to run as farm workers work the fields.

“I am aware that [the Apple Watch] is very costly but we are fundraising to help mitigate cost. Especially for the pilot program, as we test the application on smaller and larger farms over the summer. We are hoping that if we have success, the others farmers will be encouraged to use the application on their farms,” Florez said.

The Calor application fundraising page is seeking $60,000 for the project. As of publication, the page has garnered the support of 77 funders and raised more than $50,000.

“It is a little stressful at times,” Florez said. “Especially because college application season is right when the application fundraising page has kind of picked up. It been a little difficult navigating and allocating time between both of those different obligations in my life. But I think it is completely worth it.”

Through her own experience with Calor, Florez encourages other young Latinas to become advocates for their community.

“I would urge them to not be afraid of taking risks, and doing things that aren’t necessarily their interest,” she said. “It is difficult to navigate different aspects of your life but go for it. It pays off in the end.”

Before she heads to college in the fall, Florez hopes to spend the summer piloting the project with farms in the Central Valley.