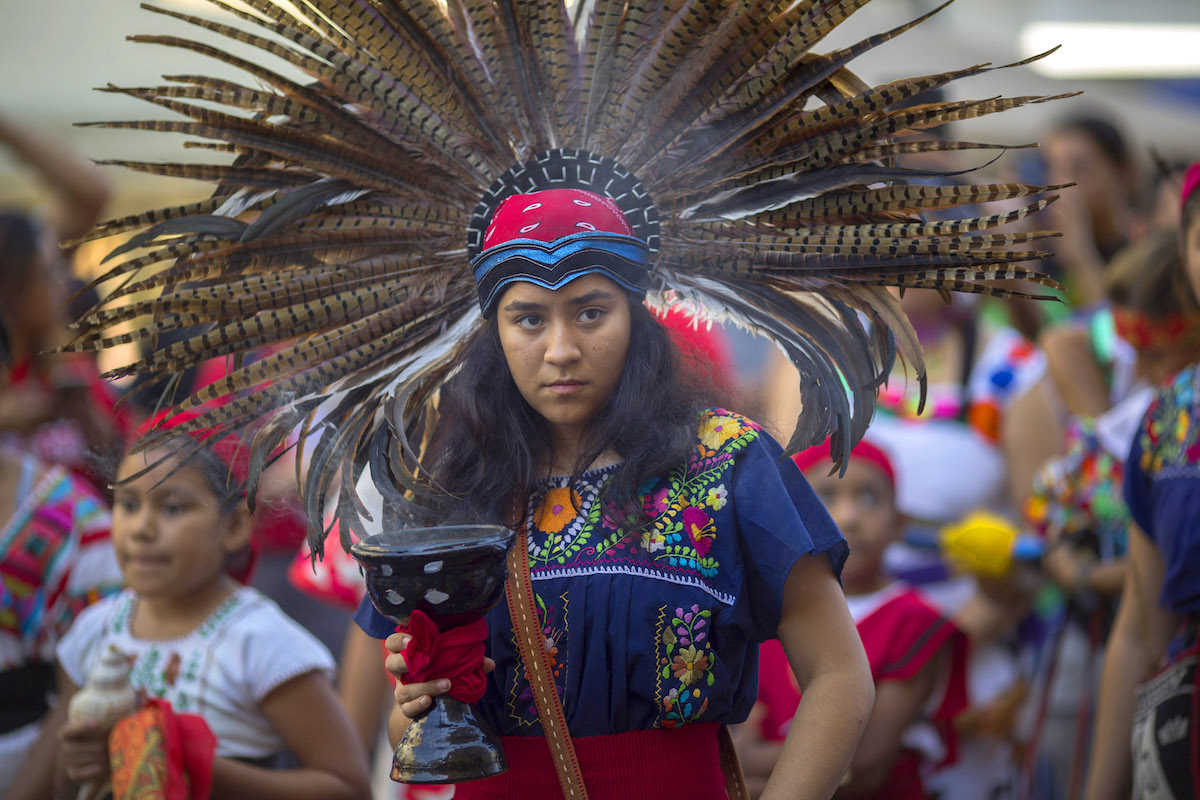 The California Dream is a myth for many California Indian peoples and tribes.

Since settlers arrived, California Indians’ reality has largely been one of land dispossession, cultural assimilation and even genocide.

If California Indians were to design their own dream it would place decolonization at its core. Decolonization is the undoing of colonialism, part of what I study as a scholar of Native American studies. The process of decolonization requires the return of land to tribes so they can fully determine their own futures, political status and independence.

The California Dream is a settler dream, unless it can come to terms with its colonial past and prioritize California Indians’ dreams for the state.

Myth of the California Dream

The mythology of the California Dream has a long history.

A popular Spanish novel published in 1510 told the legend of a mythical, gold-filled island inhabited by black Amazonian women ruled by Queen Calafia. Even though the story of Queen Calafia and the island of California was fictional, the narrative stuck with the Spaniards who traveled to the Americas in the 16th and 17th centuries.

Dark Side of a Dream

Spanish colonization had disastrous effects on the environment and dozens of tribes, from San Diego to Sonoma. Social control, aggressive interactions and violence against Native women and children characterized Spanish colonization. Moreover, Spanish colonialism brought new diseases like smallpox and measles, and introduced invasive species of plants and animals. This drastically changed the natural landscape, the practices of Indigenous landscape management, and the relationship between California Indians and their environment.

In 1848, gold was discovered in California’s Sierra foothills. Incoming American settlers claimed land as their own and often viewed Native Americans as primitive peoples destined to vanish. These misconceptions were used to justify the theft and appropriation of California Indian land. Individual settlers and gold miners who killed or removed California Indian peoples from their lands often believed they were merely quickening a process that was bound to happen.

Acts of violence against California Indians accelerated throughout the Gold Rush period, and into the 1870s. Those who came to California did so at the cost of Native ancestral lands, natural and cultural resources, and lives. In 1849, the non-Native population in California surged from approximately 25,000 to at least 94,000 people in less than a year. The California Indian population dropped from 150,000 in 1846, to approximately 30,000 by 1870.

In addition, state legislators passed laws that stripped California Indians of their power to protect themselves, their land, their culture or their livelihoods. One of the first laws passed by the California Legislature in 1850 set up a form of legalized slavery. California Indian adults could be bought at public auction and Native children could be exploited under the guise of “apprenticeship.” The law fractured families and tribal communities, while furthering land dispossession.

In an attempt to calm hostilities between settlers and California Indians, from 1851 to 1852, the federal government negotiated 18 treaties with approximately 139 California tribes. The treaties would have set aside about 7.5 million acres to establish reservations for California Indians away from areas of non-Native settlement. However, responding to the pressures of settlers, the California Legislature strongly urged the U.S. Congress to deny the treaties. Congress listened, and the treaties were never approved. In fact, they were denied in a secret session and did not appear in the public record again for 50 years.

Violent interaction eventually decreased in the 1870s, as the effects of genocide on California Indians became a topic of national interest. The works of writer and poet Helen Hunt Jackson in the 1880s exposed injustices towards Native Americans. She spurred humanitarian sympathizers to aid Native peoples in the state. Notably, California Indian organizations and allies brought a suit against the U.S. government for not approving the 18 treaties. After decades of legal maneuvering and dozens of claims cases brought against the federal government, California Indians were awarded meager cash settlements in 1944 and 1963 for lost lands.

The effects of land dispossession and other injustices, however, are still felt by California Indian communities throughout the state. The lasting impacts include historical trauma, tribes that are not recognized by the federal government, a legacy of uneven funding from federal agencies, and barriers to cultural practices and economic development.

Yet, California Indians have been resilient. Today, they are citizens of strong tribal nations guided by their own cultural mandates and responsibilities to take care of their people and their lands however they can.

The success of the California Dream depends on the disappearance of Indigenous peoples, who have been historically figured as roadblocks to land acquisition, progress and civilization.

How do we reimagine the California Dream to honor and respect California Indians?

It’s a difficult question with difficult answers. In my opinion, a California Indian Dream is true decolonization, or the return of all land in California to California Indian tribes. The return of land would not require the millions of non-Native peoples who live in California to leave. It would require a reorientation of relationships to land and the natural world that prioritizes Indigenous belief systems and forms of Native governance that have long been obscured by settler colonialism.

Imagining a decolonial future is necessarily uncomfortable, but it can lead to new possibilities for a more conscious California. If there is ever to be a viable and successful dream for the state, I’d argue, it must be a decolonized dream that centers California Indian peoples, cultures and tribal rights to land and self-determination.