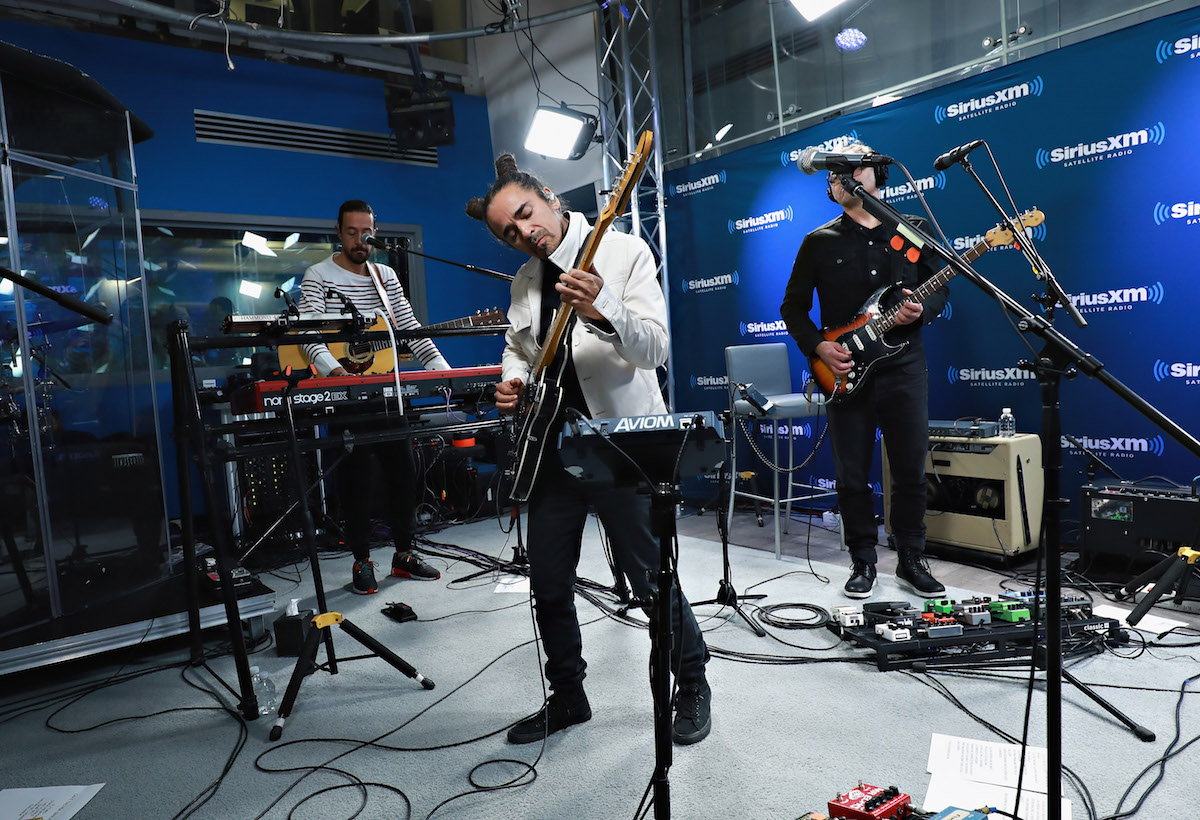 Café Tacvba may be almost three decades old, but the Mexico City rockers sound as young as ever in their latest album, Jei Beibi.

“The album has this spirit of spontaneity,” said keyboard player Emmanuel del Real. “I can feel that this album has something different from the rest. I don’t know if the word will be freedom…”

No song embodies that spirit better than the album’s single, “Futuro,” a trippy meditation on life, death and control (or the lack thereof) that opens with an ominous march of plodding synth. In the video, dancers dressed as the Queen of England, an Indian chief and a Mexican politician gyrate inside a blacklit bus. We then pan through a window to an airplane wing affixed to the side of the bus. There, the band —also dressed up, as a priest, a wizard and a rainbow-colored Wookie of sorts— enact a deadpan pantomime, as the bus flies through the hazy cosmos. It just gets weirder from there.

The video, which combines images of death with surreal grotesquerie, brings the song from the realm of the personal into the political. The band says it’s up to the audience to interpret its meaning.

“If you see the pope in skirt, a female Trumpish figure, or little people with the Mexican presidential band, you have to make your homework and try to figure out yourself,” Rangel said of the video.

“There is something perverse, sinister [about it],” del Real agreed. “But it gives you also a message and a question.”

Whatever listeners take away from “Futuro” or the new album as a whole, it’s given the band a chance to tour the world this fall. And they say they’ve been happy to bring a taste of home to Latin American expats in the United States and beyond.

“Here in the States it’s particularly different,” said Rangel, adding that a lot of their fans in the U.S. are either transplants or the children of immigrants.

“When we play, we like to give a little piece of their lands or the kind of cultural thing that relates to their roots and their emotions,” he said. “That gives another emotional factor to the show, which always adds energy and heart.”

Members of Café Tacvba told Latino USA how the band made the song “Futuro.”