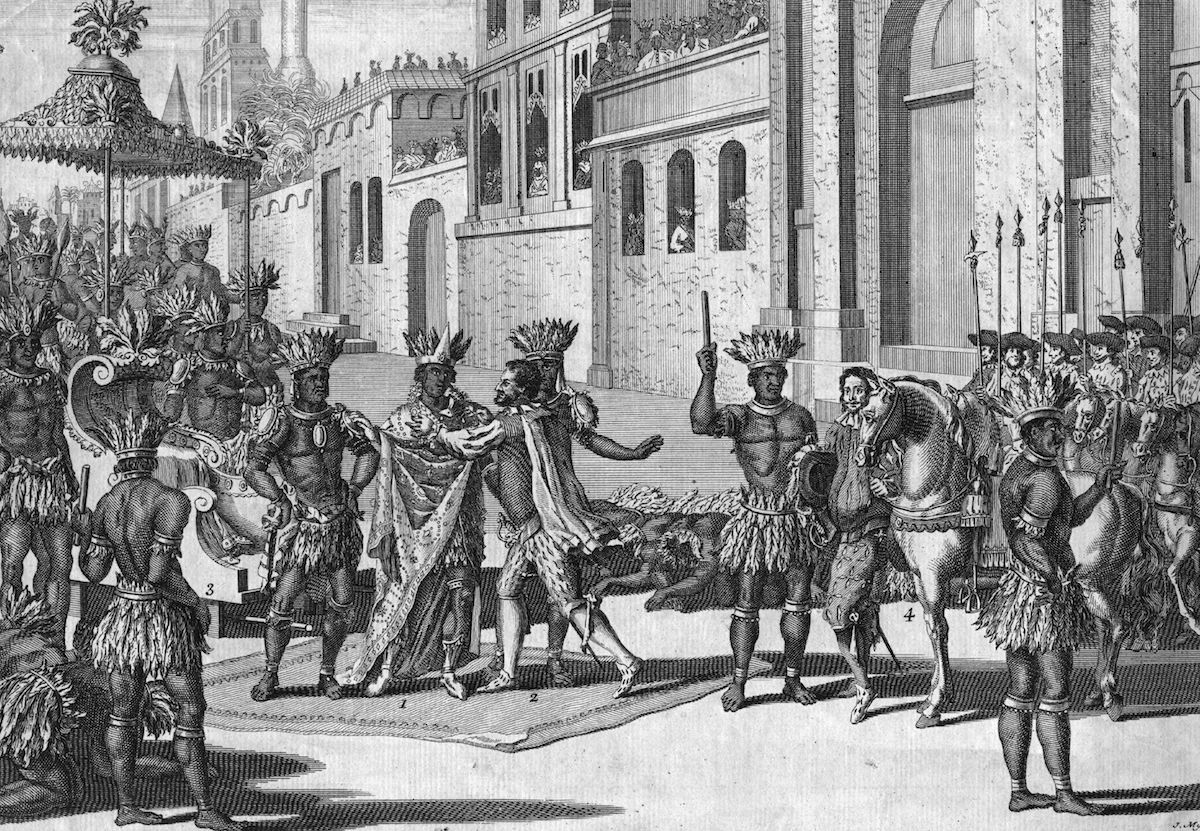 This week, dozens of media outlets declared that scientists had solved the mystery of what wiped out the Aztecs. Traces of a pathogen that can cause a typhoid-like enteric fever have been found in skeletons from a cemetery linked to the catastrophic epidemics of 1545-50, which killed millions of indigenous people in 16th-century Mexico.

One of three pandemics that brought about the collapse of native populations in Central America, the 1545 outbreak was caused by an unknown disease, which is described in the sources as “cocoliztli”. The new study, published in Nature, Ecology & Evolution, speculates that the origin was a rare strain of salmonella called paratyphi C. But from my point of view, as an indigenous historian, this claim is problematic.

Cocoliztli, a Nahuatl (Aztec language) term, is usually translated as “pestilence,”but the word actually suggests “pustules” or breaking through the skin, issues not usually connected to enteric fever. Indigenous sources like the Codex en Cruz (a pictorial codex) show spots and nose bleeds as the main symptoms, and extreme bleeding is also mentioned regularly in Spanish accounts.

This matches recent scholarly opinion, which has tended to favor an unknown form of haemorrhagic fever, similar to Ebola, as the cause of cocoliztli. But it is possible that spots and nosebleeds were simply the easiest symptoms to draw, as well as being the most obvious markers of disease to people probably suffering from multiple unknown illnesses. We are not even sure that the term cocoliztli had a consistent meaning. It first pops up in reference to what was almost certainly a smallpox epidemic in 1519-20.

The death of millions of indigenous Americans after the European invasion is one of the great tragedies of the modern era. Even using the most optimistic estimates, at least 80% of the pre-contact population of Mexico died in the first century after the Spanish arrival.

With one of the worst death tolls in history —more than 90% in some areas— the devastation is almost incomprehensible. Try to imagine nine out of every ten people you know dying in the next decade: the devastation of families, the loss of children, the decimation of communities, being unable to care for dying relatives because you are so sick yourself.

There is a natural desire to find a single cause for events, to try and make a tragedy explicable, to understand what “really” happened. But such appalling mortality rates were not caused by a single, devastating plague. They reflect people who, lacking immunity to European diseases and suffering under colonialism, were battered by wave after wave of germs—including flu, typhus, measles, smallpox and, almost certainly, enteric fever.

Major epidemics tended to follow times of famine and drought and were worsened by colonial policies that herded indigenous people into more easily manageable settlements. Already exhausted and living in close quarters, with little idea how to cope with these new illnesses, indigenous people died in huge numbers.

The Nature study itself is admirably measured, resisting the temptation (unlike headline writers) to declare enteric fever as the cause of the cocoliztli outbreak. And the new DNA analysis tool used in the study, which offers for the first time a way of scanning for all known bacterial pathogens, opens exciting new possibilities for research into historical DNA.

But it doesn’t tell us —as the authors themselves freely admit— whether salmonella was responsible for the 1545 epidemic. It is not even certain (although it is highly likely) that the people studied suffered from enteric fever. We know only that they were exposed to the bacteria. This is an important finding, and the research method opens the way for future studies that may shed further light on this historical catastrophe.

Unfortunately, this research can’t definitively tell us what killed the Aztecs in this dreadful way, and science can only ever tell part of the story. As the Franciscan friar Bernardino de Sahagún recorded:

People with the illness could not walk…they could not move; they could not stir. And when they stirred, they screamed. The pustules that covered people caused great desolation; a great many people died of them, and many just died of hunger; [for] no one took care of others any longer

To disentangle a single disease from the bacterial and viral soup that existed in 16th-century Mexico is not only impossible, it obscures the reality of cocoliztli.